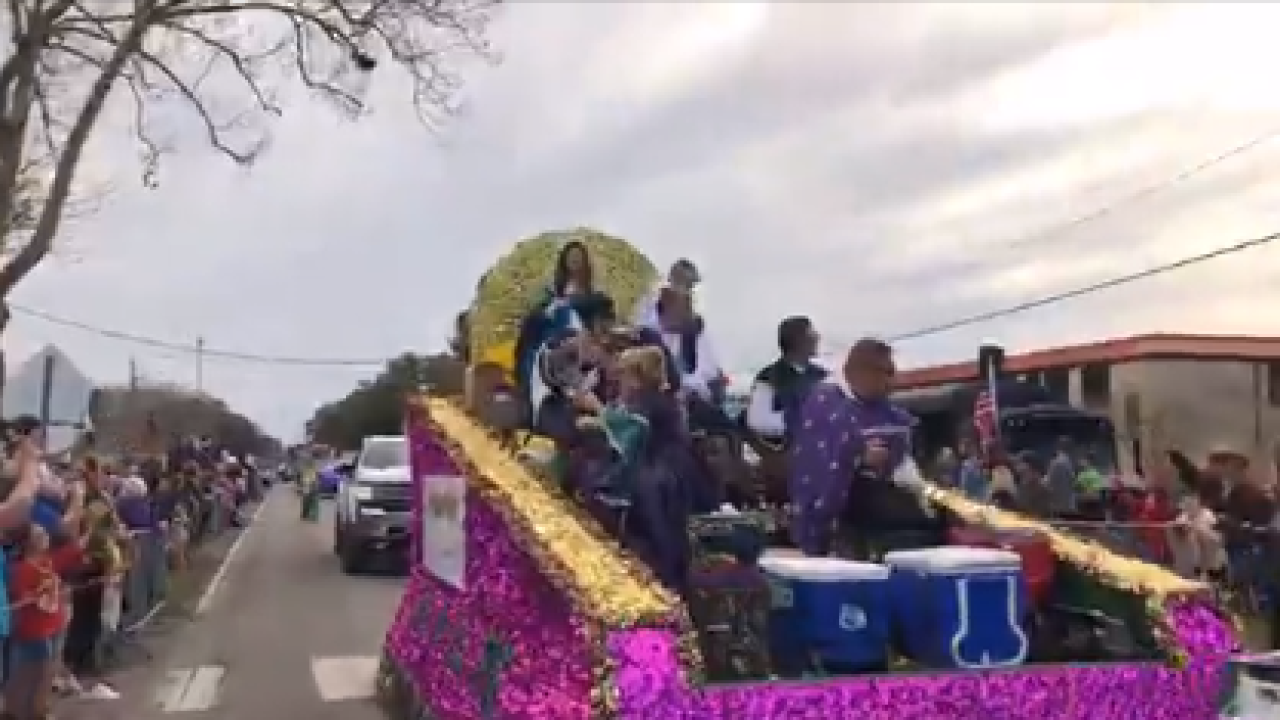 The Krewe of Chic-A-La-Pie kicked off in Kaplan on Tuesday.

Hundreds gathered in along the parade route as it rolled through the streets of downtown. The krewe was organized in 1955 holds a parade that is described as an old-fashioned, family-style.

The Mayor of Kaplan Mike Kloesel was even out on the parade route, tossing beads an other items to revelers.

Organizers say the krewe was started by a group of women who wanted to preserve the traditions of Acadian Mardi Gras celebrations.

KATC's Jordan Lippincott is in Kaplan and will have more from the Mardi Gras festivities.