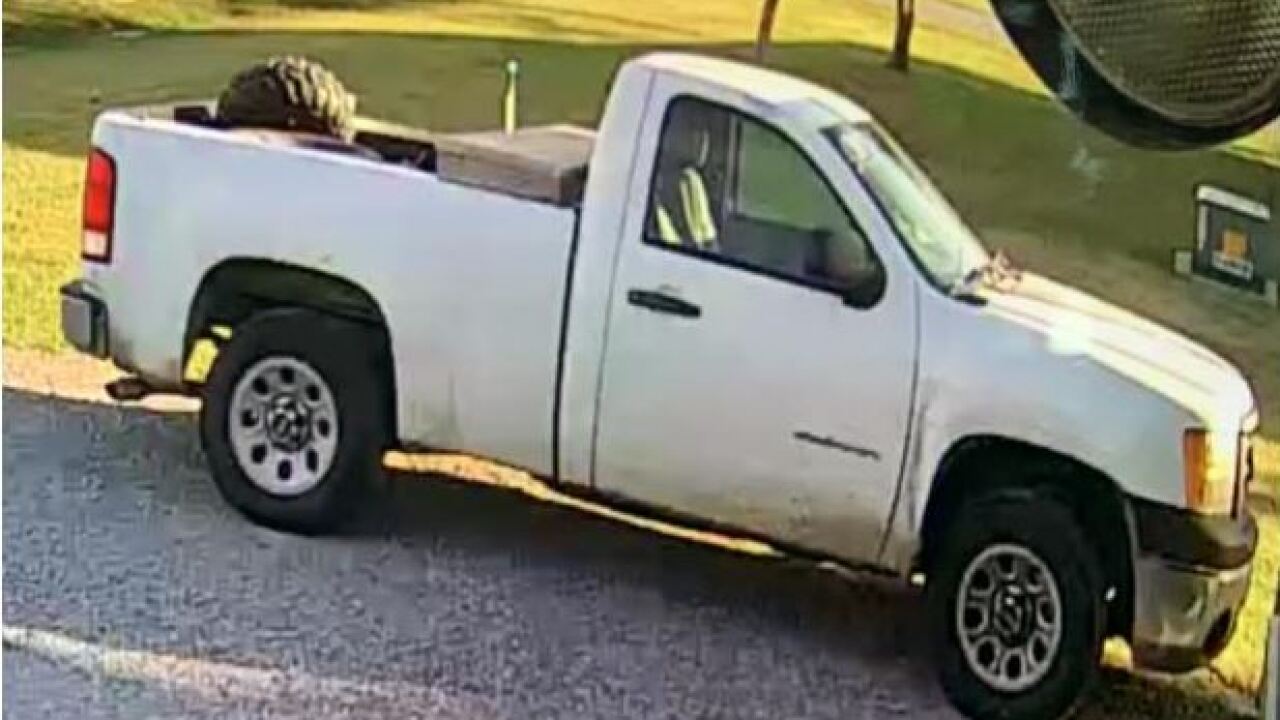 The Vermilion Parish Sheriff's Office Criminal Investigations Divisions is searching for a vehicle that police say was stolen from a residence off of Kristin Road, north of Kaplan.

The vehicle is described as a 2011 GMC Sierra white two-door pick-up truck with the Louisiana license plate B764940.

Police say the vehicle was left unlocked with the keys inside and was parked inside of the owner's shop, which was also burglarized. The owner said there is a large dent with blue paint transfer on the rear of the front passenger fender of the vehicle and a diamond plate toolbox in the bed of the truck.

The photos above are of the suspects police say are involved in the burglary. They are described as two white males and possibly one white female.

Video surveillance from the Youngsville area revealed that occupants in the stolen vehicle were also involved in vehicle burglaries within their town.

Anyone with information on the people pictured above should contact Sergeant Shay Hargrave at 337-898-4403. If anyone locates the missing truck, contact VPSO.