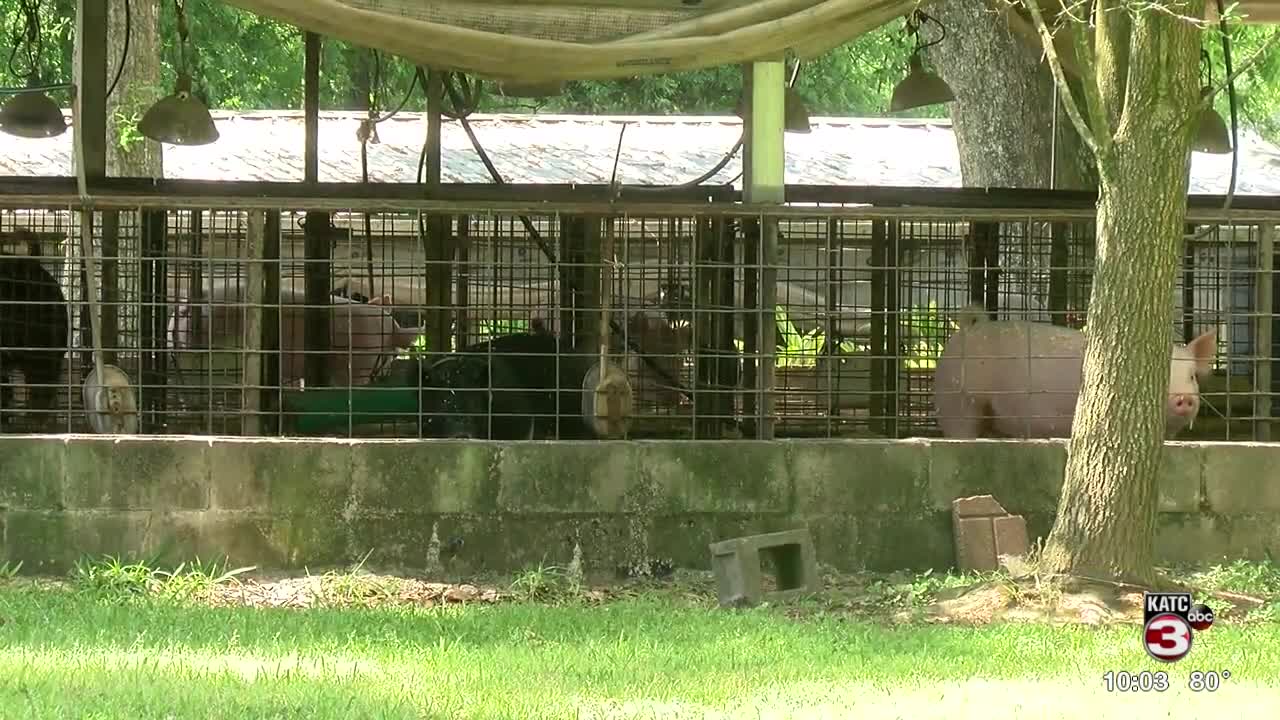 On Wednesday night, the St. Mary Parish Council learned about what one Jeanerette man is calling a health hazard.

He is accusing his neighbor, who has several pig pens on his land, of dumping pig waste into Bayou Teche.

The Department of Environmental Quality investigated the land in question in 2016, and a representative from St. Mary Parish escorted DEQ.

But now, three years later, some members of the council say they're only hearing about it for the first time.

The property in question is off of Highway 182 and was purchased in 2004.

Bo LaGrange, Chief Administrative Officer of St. Mary Parish, said, "We created the Unified Development Code, or UDC, in 2014, and in that code, we put a provision. This activity was already going on or grandfathered in."

Environmentalist Wilma Subra and Lawyers Edward Landry and Gordon Scheoffler spoke on behalf of Andy Aucoin, who has filed several complaints with local, state, and federal agencies about his neighbor's pig pens.

"The contaminated Bayou Teche water might be taken up as raw water sources for municipal and community drinking water systems downstream that do not have the ability to treat or remove all of the material. They will be distributed to the people," explained Subra.

Scheoffler, one of Aucoin's attorneys, said "This pig farm has been doing everything under the radar. It's not surprising, but I'm glad they know about it now and we hope they take some action."

Following the council meeting, we asked CAO Bo LaGrange for an interview, but he declined.

We followed up asking why he's been ignoring our phone calls on this story, but he ignored the question and walked out of the council chambers.

Councilman Craig Matthews is furious the parish did not alert the council of this issue sooner.

The council did request all documents from the agencies who investigated the pig property and they're hopeful to speak with the pig owner before considering any action.