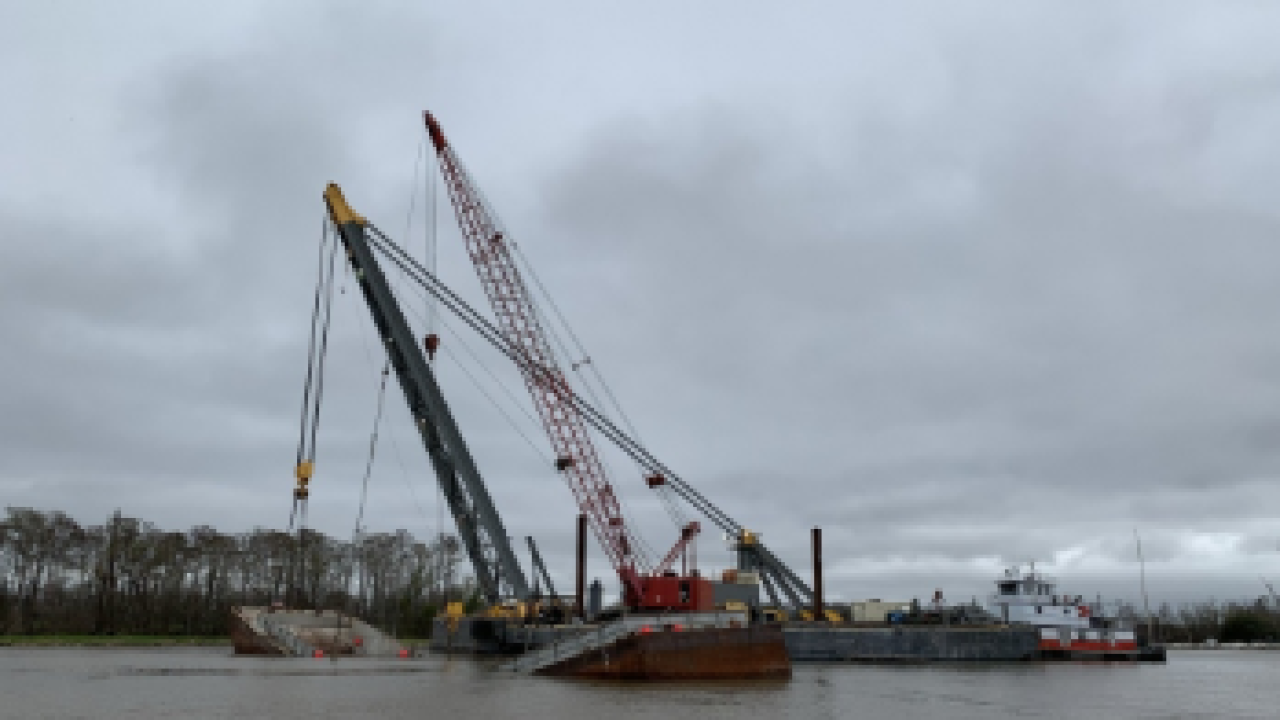 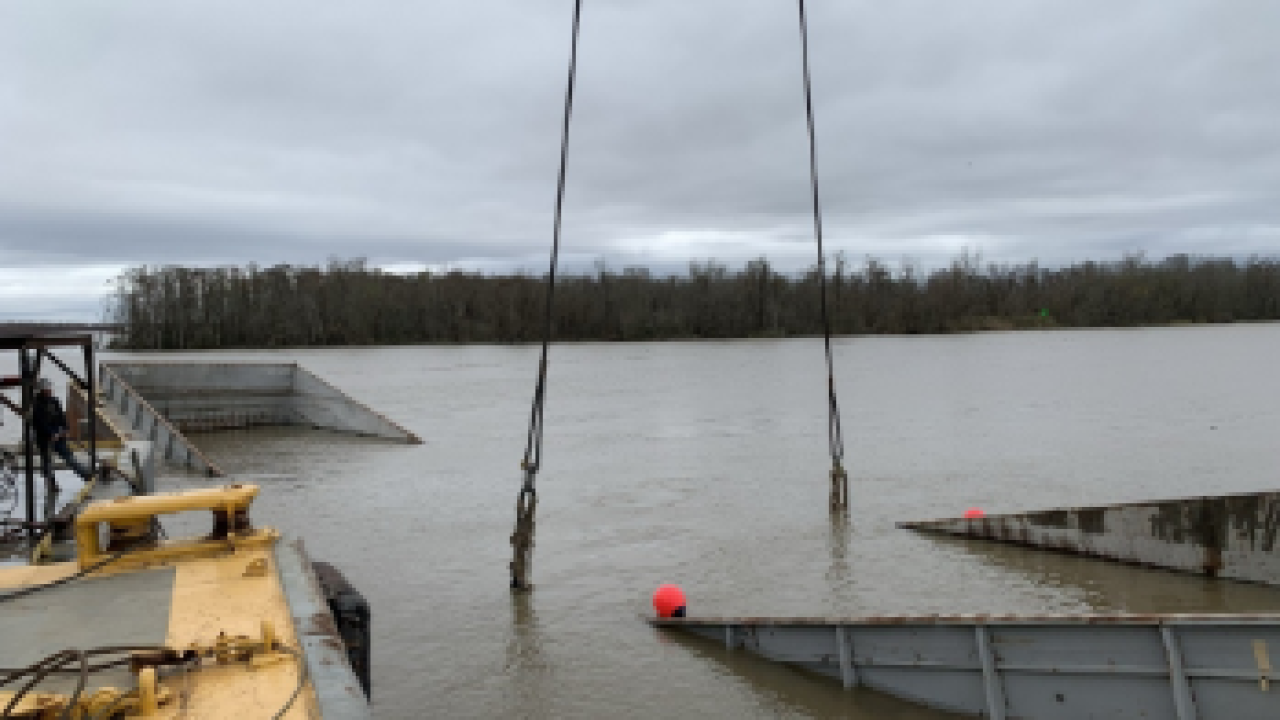 The Coast Guard is continuing to monitor salvage operations Thursday after a barge sank on the Intracoastal Waterway near Berwick.

Officials released more details on Thursday, saying that recovery of the vessel involves removing over 1,600 tons of the aggregate rock cargo, followed by the heavily damaged steel barge, all while working in a challenging waterway location. Salvage efforts are continuing through day and night operations.

While crews are working, a long queue of vessels is awaiting transit in the Intracoastal Waterway - as of 1:30 p.m. Thursday, that queue included more than 190 towing vessels and 560 barges. Workers had removed more than 80 percent of the aggregate rock cargo by Thursday morning.

"The location of the wreck is in a particularly critical point along the Gulf Intracoastal Waterway, as it is adjacent to the intersection with the Atchafalaya River, a meeting point for two major shipping channels, along which most of the gulf's maritime commerce transits," said Lt. Cmdr. Zach Robertson, prevention department head at Coast Guard Marine Safety Unit Morgan City. "This area is unusually challenging to navigate this time of year due to seasonal high water levels and rapidly changing currents."

The Coast Guard said they expect it will take an additional three to four days after the waterway is reopened to move the waiting vessels through the waterway and get back to normal operations.

The closure came after the towing vessel Miss Odessa ran aground at Mile Marker 99 on Sunday evening. The vessel was reportedly transiting west-bound on the Atchafalaya River when it turned west onto the Gulf Instracoastal Waterway and hit bottom. The Miss Odessa, in an attempt to break free, tore apart the barge, causing the barge to split in half.