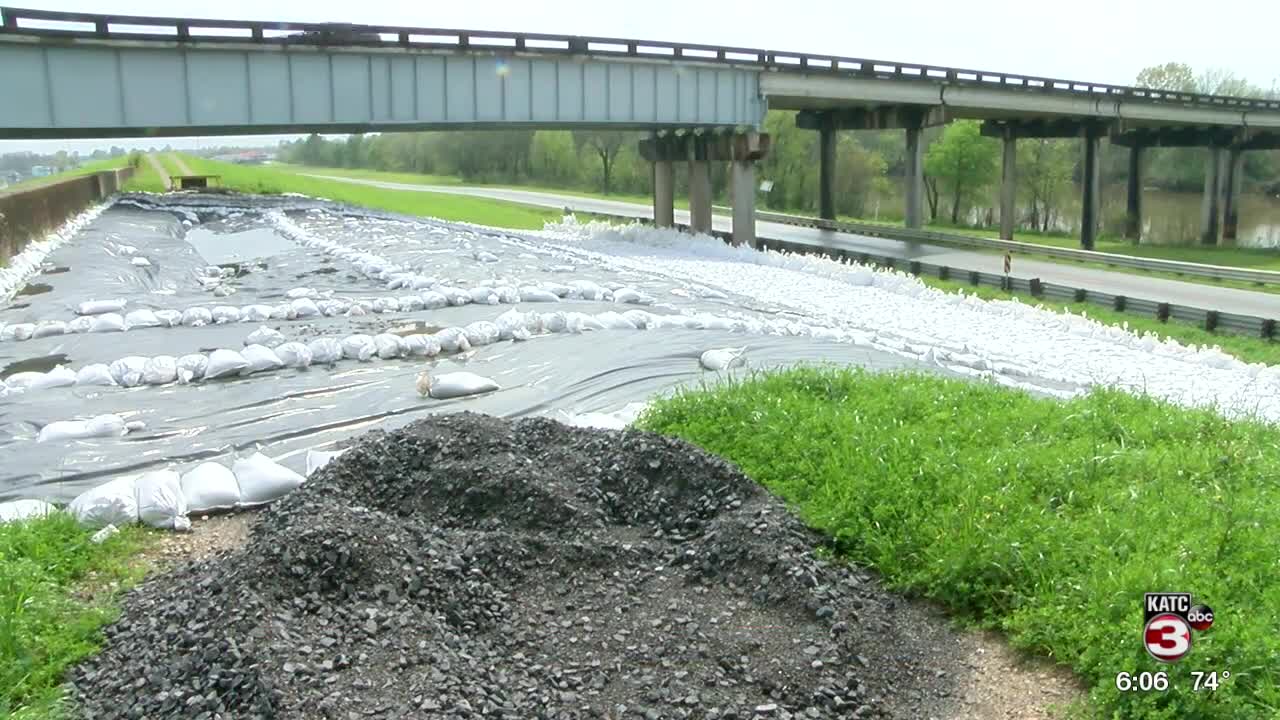 Sandbags and tarps can be seen covering the west side of the levee in Henderson.

Mayor Pro-Tem Jody Meche says that the items are in place because of the beginning of a slide on the levee. He said officials have seen numerous slides happen along the levee and they are common for the area.

He said that crews began work on the slide on Sunday due to the proximity to the interstate.

Meche also says the bags and tarps are a precaution and that the slides are under control.

"The temporary fixes that we're looking at right now are going to be in place probably for quite a few months, several months," explained Meche. "I would say during the late summer, early fall through the fall period, the more permanent fix is going to take place when the waters recede."