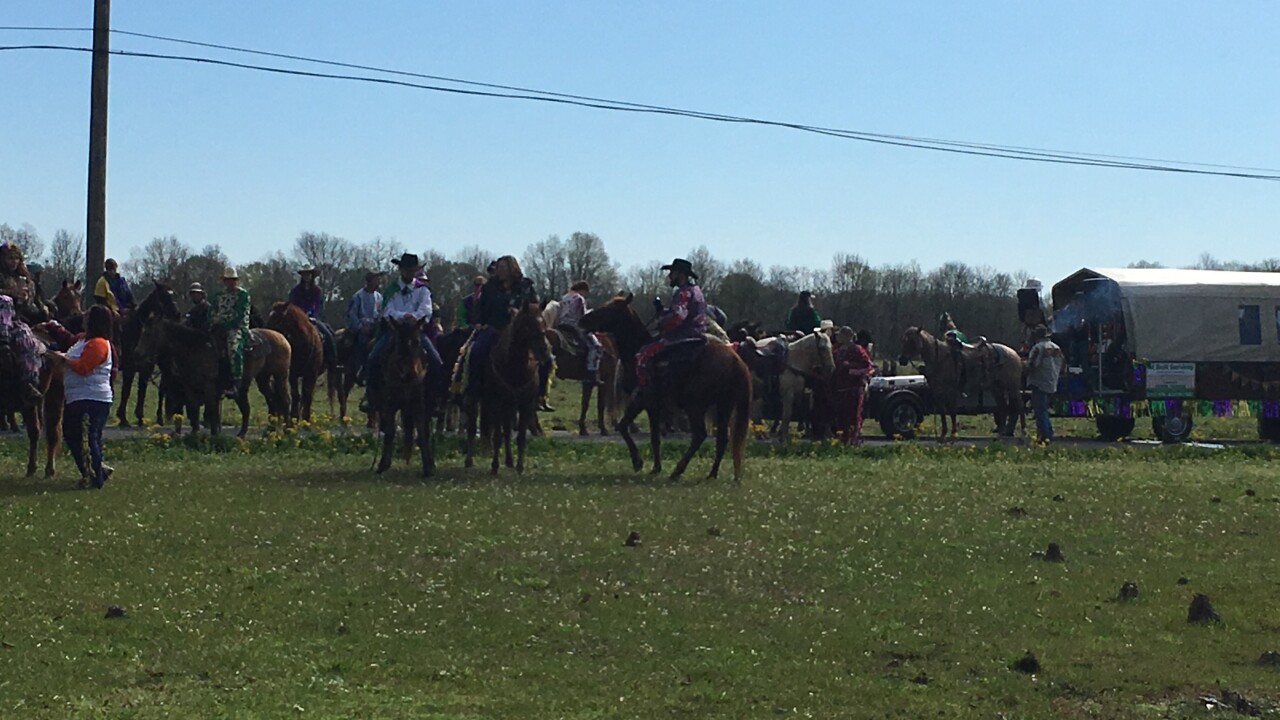 Residents in the Village of Cankton woke up early Saturday morning for their Mardi Gras festivities, as the Crew of Cankton held their inaugural Courir de Mardi Gras.

One of the main events was a chicken run, stopping first at the mayor's house before continuing along the route.

In addition to the chicken run, there was at trail ride, gumbo cookoff, and live music.

One man believes the chicken run is a Mardi Gras tradition that brings entertainment to all ages.

"Most of them young boys, they'll go anywhere to catch that chicken," said Ricky Guidry. "It's really fun to watch. If you've never seen it, you need to come out here. If it's too late for you today, make sure you come next year, because it's really something to watch."

All proceeds from Saturday's event will be donated to the Louisiana Special Olympics Law Enforcement Torch Run.