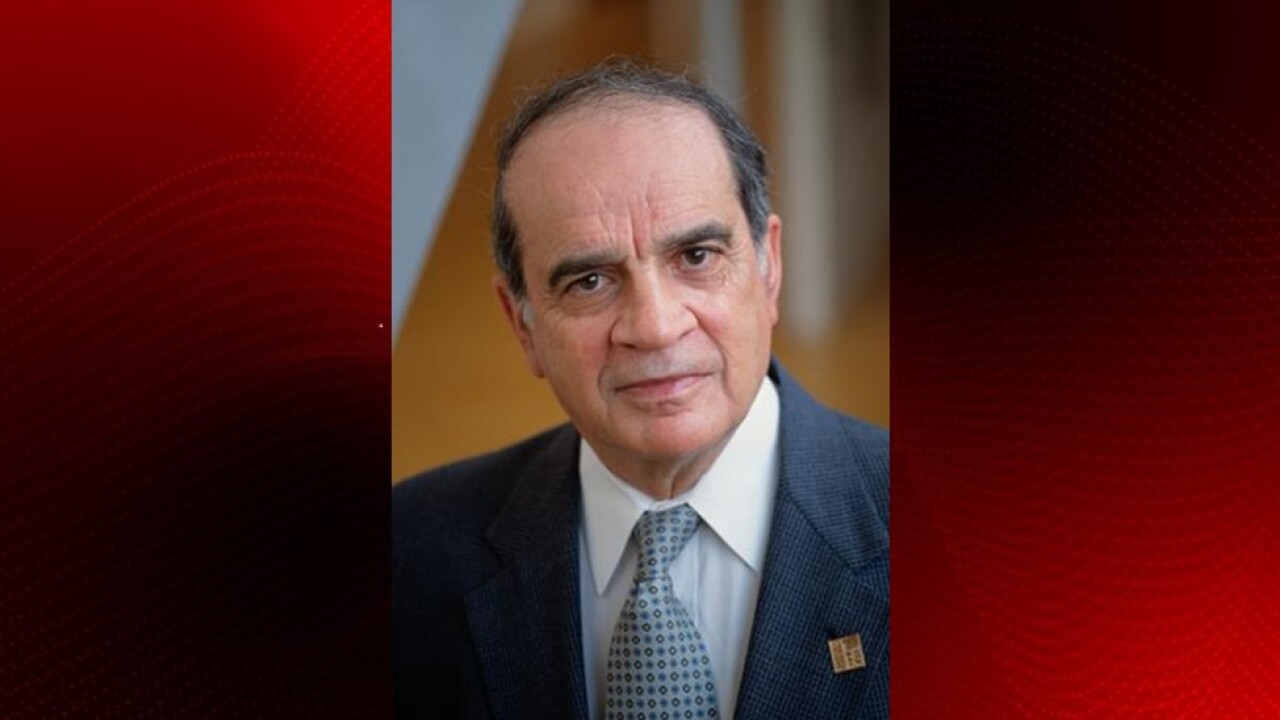 Authement, who was president of the university for more than 30 years, was a mathematician from Chauvin who began his academic career on the faculty at LSU. He also taught at McNeese and the University of North Carolina at Chapel Hill. After that, he began teaching at UL, then SLI, and was vice president from 1966 until 1970. He was named president in 1974, and served in that capacity until he retired in 2008.

He was preceded in death by his parents, Elios and Elphia Authement; his oldest sister, Nell Page; and a daughter Kathy Elizabeth Prouet.

The family would like to express sincere appreciation to the staff of Bridgeway Hospice as well as his amazing team of caregivers. Memorial contributions can be made to the UL Lafayette Foundation or to the Leukemia and Lymphoma Society of Lafayette.

Here's a tribute video about Dr. Authement, created last year when he was honored for his service to UL:

“Through dedication, determination and selflessness, he changed how the University saw itself and how others perceived it as well. He guided our growth from a strong regional University to one recognized nationally and globally for its research and scholarship,” Savoie said.

“As the longest serving public university president in the United States, Dr. Authement laid the foundation for the extraordinary advancement of UL Lafayette into a national model and a source of pride for Louisiana. Countless students and multiple generations were blessed by his leadership.”

“As we mourn his passing, we at the Board of Regents celebrate an educator for the ages and reflect on his rich legacy,” Hunter Reed said in a statement.

Authement grew up in Boudreaux Canal, a coastal community near Cocodrie, Louisiana. He enrolled in 1947 at Southwestern Louisiana Institute, now UL Lafayette. He was the first member of his family to attend college, and graduated with a bachelor’s degree in physics in 1950.

Authement then completed master’s and doctoral degrees in mathematics from Louisiana State University, in 1952 and 1956, respectively. He taught at LSU and McNeese State University before returning to SLI as associate professor of mathematics in 1957.

Two years later, he was named professor. He continued to teach until 1966, when he was promoted to academic vice president. By then, SLI had become the University of Southwestern Louisiana. In 1970, Authement was named vice president.

He became acting president in 1973 when his predecessor, Dr. Clyde L. Rougeau, took a year’s leave of absence. Rougeau retired in 1974, and Authement became president.

During his tenure, the University earned national and global recognition in the fields of computer science, environmental and biological research, engineering, and Francophone studies. It also strengthened its efforts to preserve and examine Louisiana’s culture.

Despite its growing reputation, Authement ensured the University remained committed to Acadiana.

When the area oil industry collapsed in the early 1980s, the University’s budget was cut by $10 million. In spite of its own financial straits, the University, at Authement’s direction, led efforts to bolster the regional economy by creating research centers that helped existing companies improve their operations and fostered the growth of new businesses as well.

More than 30 buildings were constructed, and over 25 facilities were renovated or expanded from 1974 to 2008. These included the Hilliard University Art Museum; Moody, Abdalla, Fletcher and Oliver halls; Legacy Park, apartment-style student residences; and an indoor practice facility for Louisiana Ragin’ Cajuns athletic teams.

Edith Garland Dupré Library was enlarged and renovated. The Cajundome opened in 1986 and was expanded to include the convention center in 2002.

During Authement’s administration, the University also:

Following his retirement in 2008, Authement returned to the University and once again taught mathematics.

The University of Louisiana System recognized him as UL Lafayette president emeritus in 2009.

When he was honored several years ago, the UL System provided the following:

Under Authement’s leadership, the University of Louisiana at Lafayette became a major economic force in Acadiana, while earning a national reputation in the fields of computer science, environmental and biological research, and Francophone studies.

He was responsible for the development of University Research Park, which houses numerous national research centers, the Louisiana Immersive Technologies Enterprise (LITE) facility and a hotel. The Carnegie Foundation designated UL Lafayette as a “research university with high research activity.” That puts UL Lafayette in the same category as Clemson, Auburn and Baylor universities.

He was a major force in successful efforts to change the name of the university from the University of Southwestern Louisiana to the University of Louisiana at Lafayette. During Authement’s tenure, Louisiana’s Ragin’ Cajuns competed in NCAA Division I, the highest level of collegiate athletic competition. The football team is a member of NCAA’s Football Bowl Subdivision, formerly known as Division I-A.

In his presidency, Authement supervised construction of several other buildings, including the 12,800-seat Cajundome and an adjacent convention center.

The University of Louisiana at Lafayette’s gifted assets surpassed $100 million during the Investing in Our Future Centennial campaign under Authement’s direction. UL Lafayette also achieved 18 endowed chairs; each valued at $1 million and two endowed chairs funded entirely through private sources.

During Authement’s presidency, 217 endowed professorships; 20 endowed chairs, valued at $1 million each; and one super chair, valued at $2 million, were created.

Since the mid-1980s, Authement established more than a dozen research centers, including the Louisiana Productivity Center and Institute of Cognitive Science.