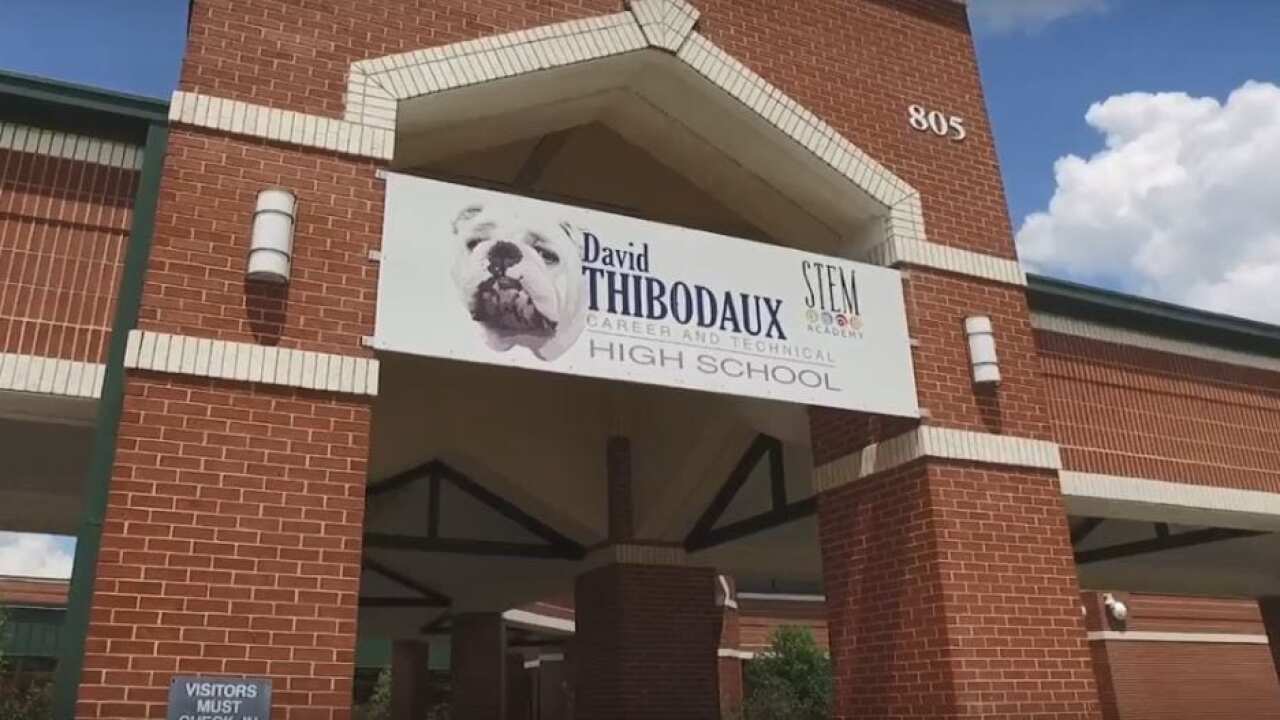 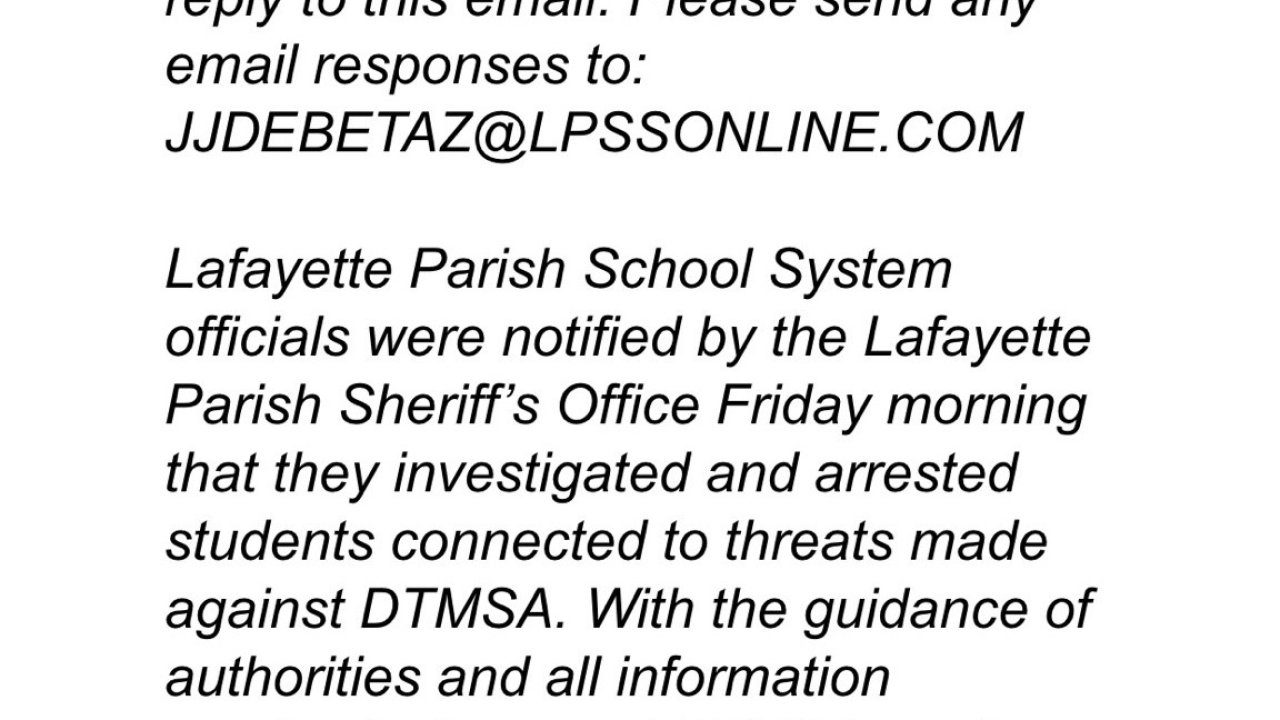 The Lafayette Parish Sheriff's Office says that deputies first learned of the threats during a 911 call on Thursday night from a concerned parent.

Several students were arrested by the Lafayette Parish Sheriff's Office for threats made to David Thibodaux STEM Magnet Academy in Lafayette.

Principal Jeffery Debetaz issued an email on Friday morning alerting parents to the arrests made in connection to the threats. The students were arrested following an investigation by the sheriff's department.

LPSS was alerted to the arrests on Friday morning. Information on the type of threats made against the school or the number of students arrested were not provided.

Debetaz says that with guidance from authorities and the information received, classes will be in session on Friday, August 23.