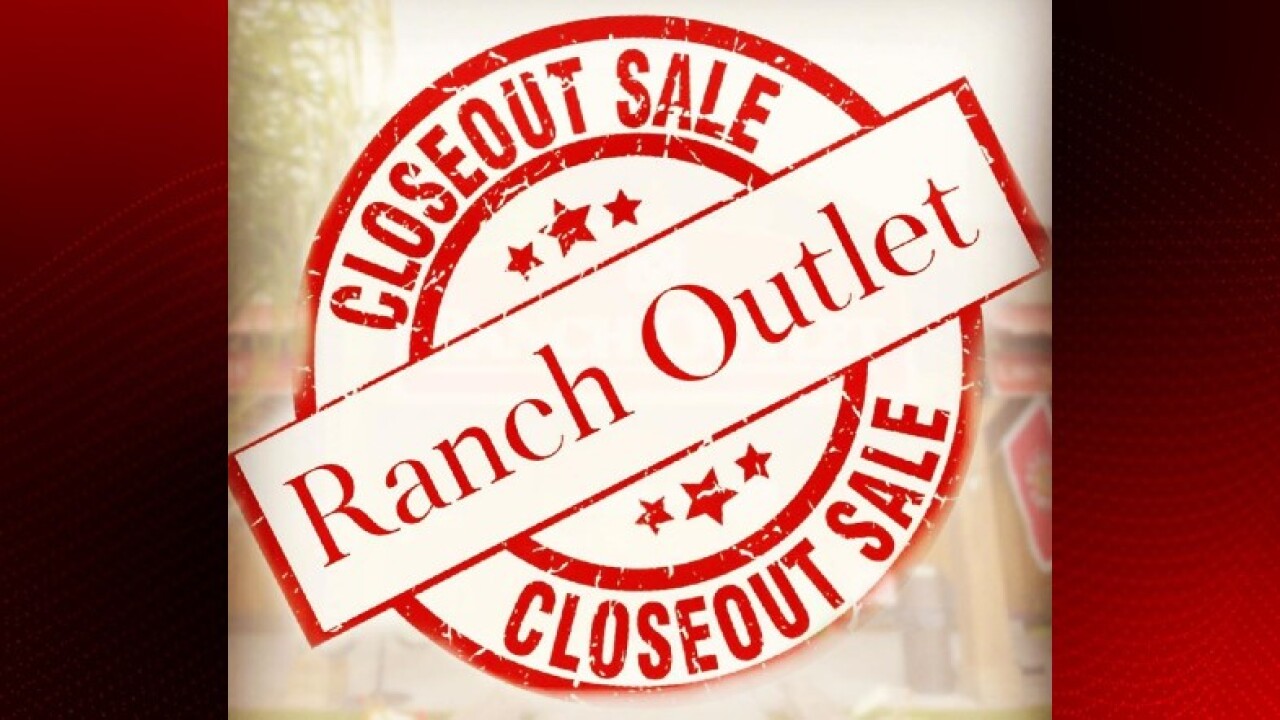 After 16 years in business Ranch Outlet in Lafayette is closing.

In a statement, the business located on the NE Evangeline Thruway says that the closure is due to a decline in the horse industry along with the increasing popularity of online shopping.

"From breeding to racing to general western wear and lifestyle, the numbers have been declining annually (both locally and nationally) for years. The breeding decline alone puts us at a big disadvantage because it would take years, if ever, for the industry to return," a statement says. "In addition, the internet has made it increasingly difficult for brick and mortar stores to compete in the same space, and we know that we are not the only small business to feel the impact."

Ranch Outlet is known for selling horse industry gear and western wear, feed, and other items. The store says that they will be offering customers deals while supplies last.

"While we tried our best to save the storefront, we have decided that it's simply not feasible and we are offering our customers great deals on the items we have left in store while supplies last."

Ranch Outlet says that they have worked out a deal with another local Purina dealer to take on their customer accounts, farms, and tracks for the area. They ask that if anyone has any questions, to call the store.

There is no set date for the closure but the store says they will be closing in the coming weeks.