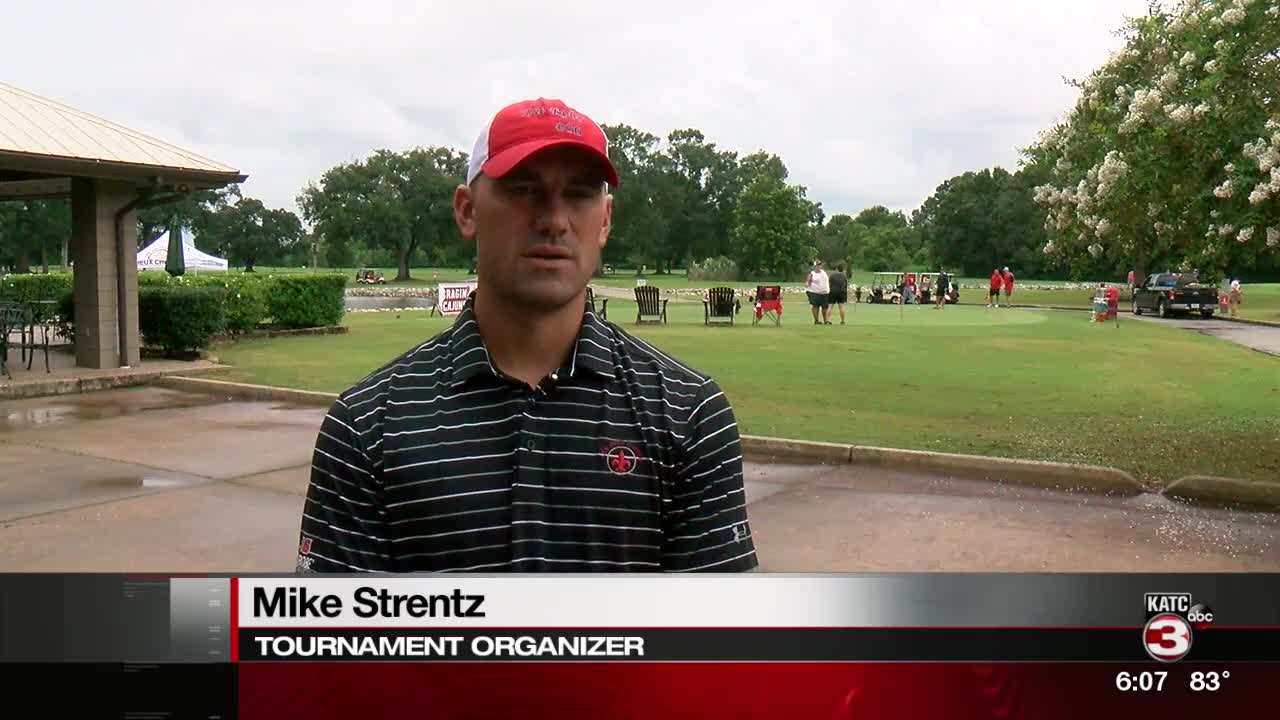 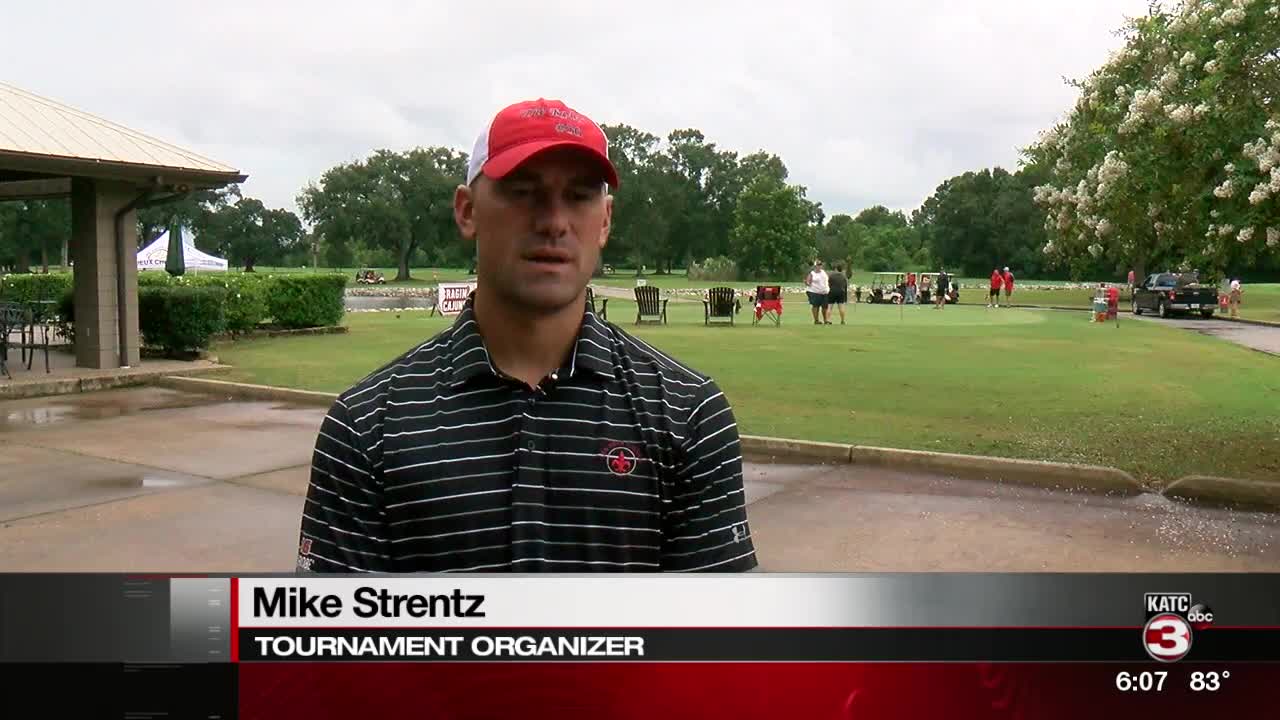 Teams or individuals were able to enter with an entry fee of $125 per player and $500 per team. All proceeds from the event will directly benefit the family of the late coach.

Coach Tony Robichaux passed away on July 3 after suffering a pair of heart attacks in late June.

Sponsorships were also available via personalized tee signs. Each sign featured "Robeisms" along with the sponsor's name.

A silent auction was held during the day which included UL items and memorabilia donated by former UL baseball, football, and basketball players who played professionally.

"This just shows how much Coach Robe meant to so many people," said tournament co-chairman and former UL baseball standout Mike Strentz.

Strentz said that as soon as he heard the news that Coach Robichaux had passed away, "I knew...that something had to be done to bring everyone together and help out the family, so immediately I got after this and started making calls and trying to get as many people as we could out here to support the cause and raise money."