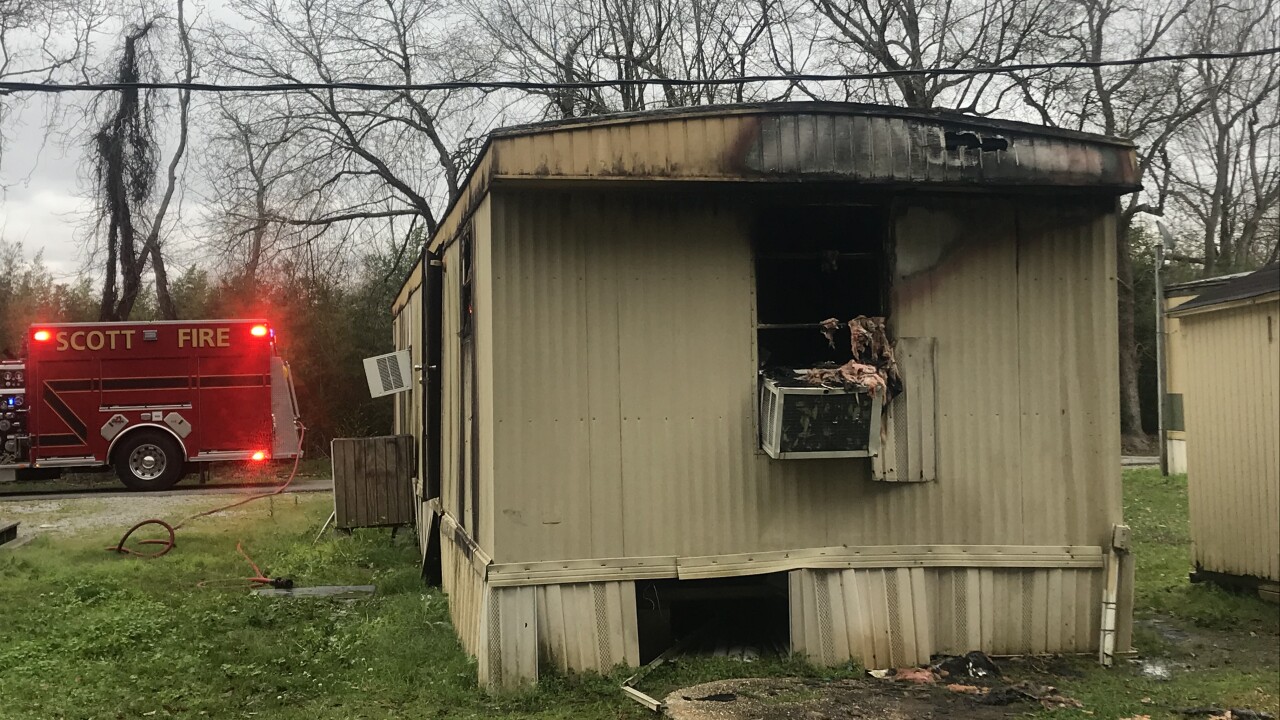 A fire Thursday afternoon caused moderate damage to a Scott home and claimed the life of a family dog.

According to Scott Fire Chief Chad Sonnier, the department received a call for a residential fire in the 1400 block of St. Mary Street around 2:40 Thursday afternoon.

Upon arrival, firefighters observed smoke emitting from a manufactured home.

Firefighters forced entry into the structure and located heavy fire in a rear bedroom. The fire was quickly brought under control.

An investigation revealed that the fire began from an electrical short in the rear bedroom.

The fire caused major damage in the bedroom, in addition to moderate smoke and heat damage to the entire structure.

No one was home at the time of the fire. No injuries were reported, but the family's dog was killed in the fire.