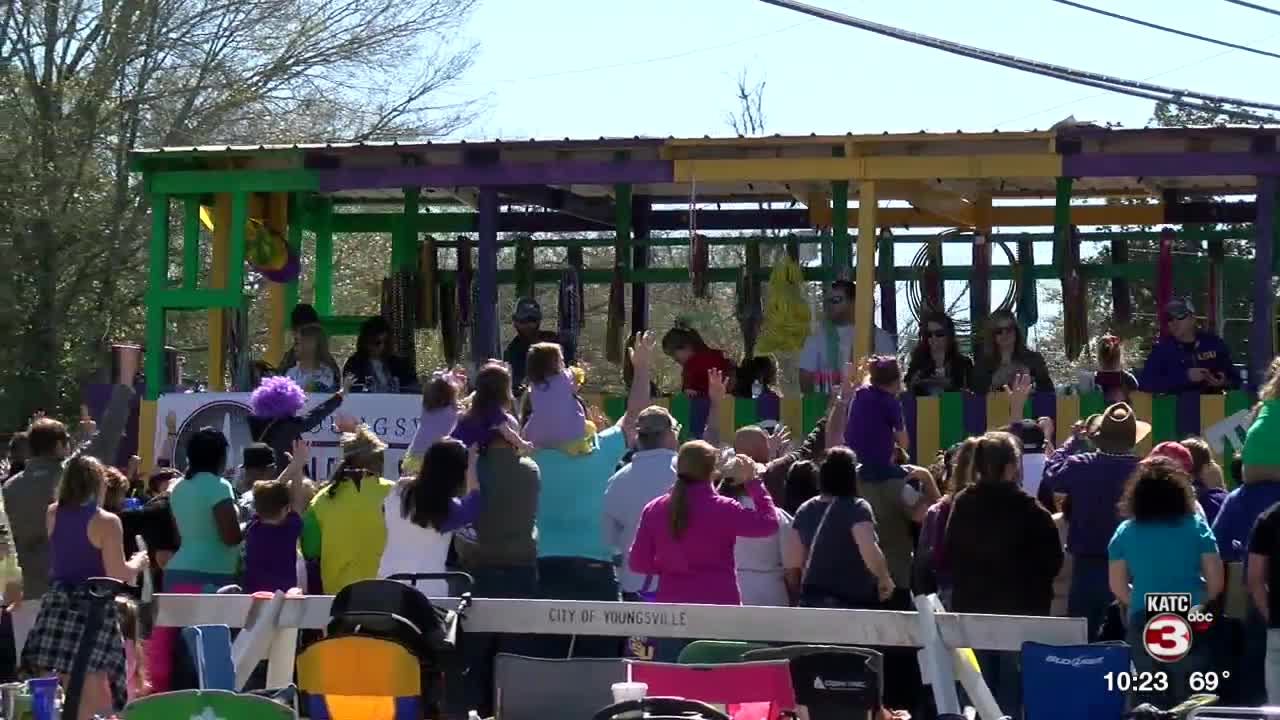 The Youngsville Mardi Gras Parade will roll this Saturday and will feature more than 50 floats. 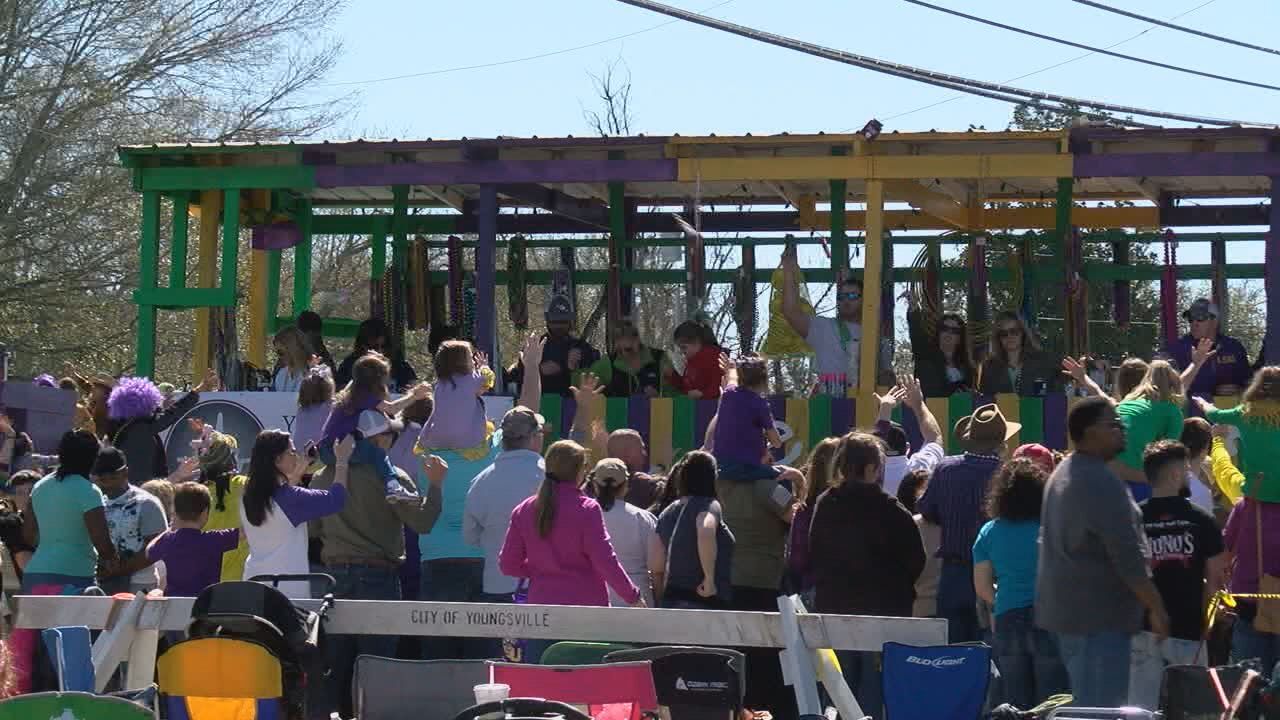 YOUNGSVILLE — The Youngsville Mardi Gras Parade will roll this Saturday and will feature more than 50 floats.

It starts at the Youngsville Sports Complex at 11.a.m.

There will be no parade parking at the sports complex, so it's recommended that parade-goers come out early to secure their spots.

Drivers and riders will need to be in their places at the sports complex no later than 10:30 a.m.

"Have your float loaded with beads and personnel before you get in the line because no vehicles will be allowed in the float lineup," explained Chief of Police Rickey Boudreaux.

The police chief will lead the parade, and there will be 85 police officers along the route.

"They will be at every intersection for every road, and with the extra ones, we will place them in between where officers are at, so the only way that you're not going to see an officer somewhere close to you is if you had too much to drink," said Boudreaux.

The city has hired a private contractor to pick up trash following the parade. There will be 150 trash cans located along the route. Parade-goers are urged to utilize those bins, and riders are urged not to dump trash from the float. The less the city has to pay the contractor, the less people have to pay to participate in the parade.

In addition to the parade, the city is hosting the Mardi Gras Mambo NCAA Fast Pitch Women's Softball Tournament at the sports complex.

"We're going to have 400 softball players. Five of the teams are going to be riding in the parade and then getting off the parade route and going right onto the field to play games," said Ritter.

City officials are asking people to have fun but be responsible.

"[I'm] hoping for good weather and hoping that everyone has a good time while they're here enjoying our city," said Ritter.

The following intersections will be closed by 9:30 a.m.: