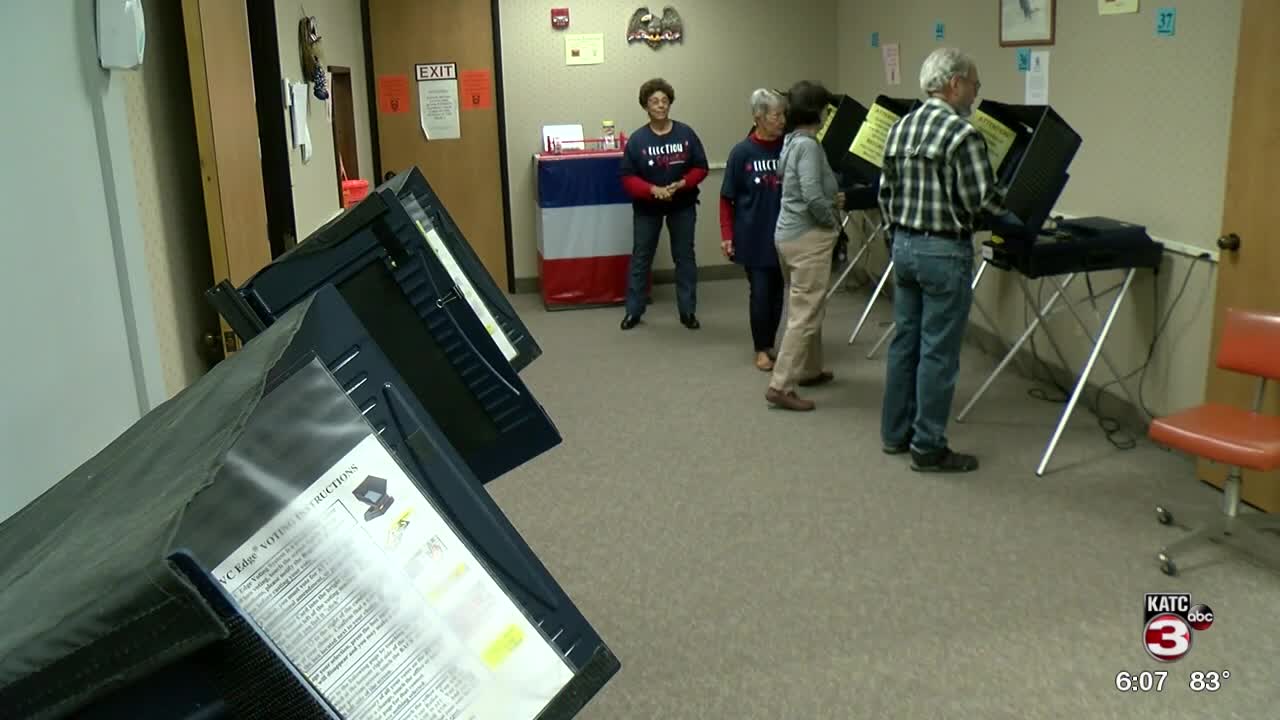 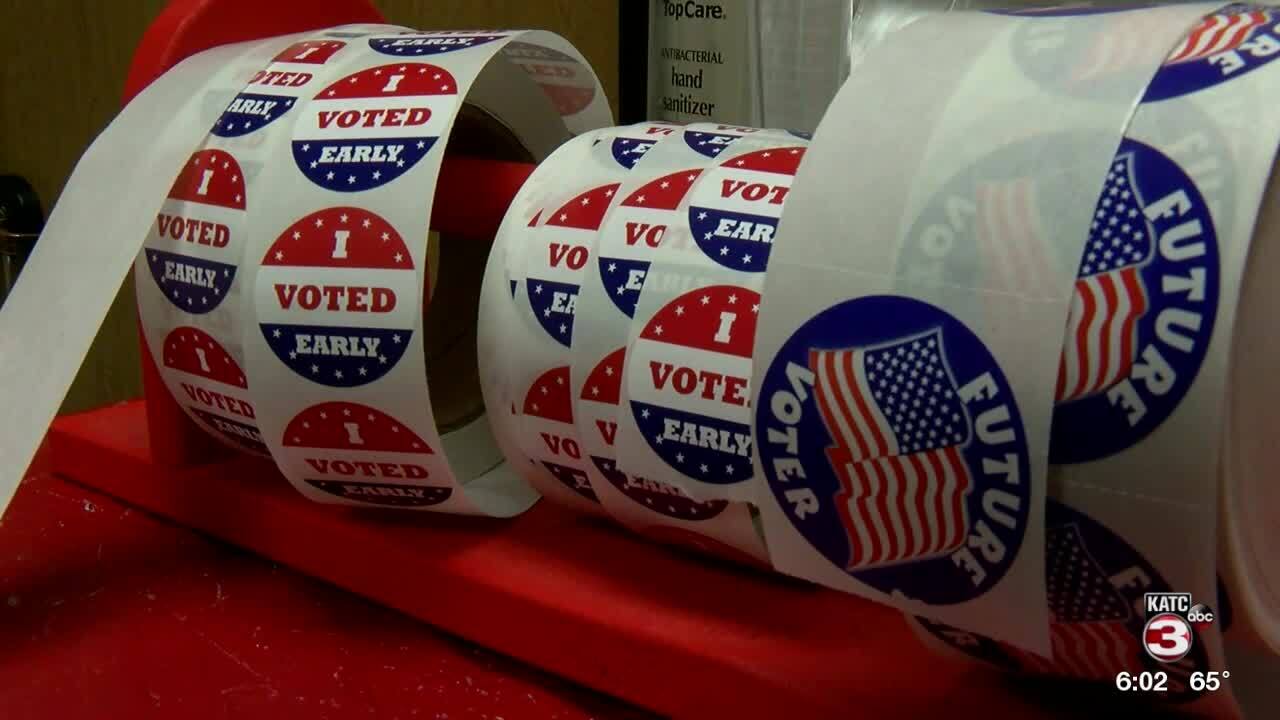 The second location would be at the Lafayette Parish Library's East Branch on La Neuville Road in Youngsville. The main early voting site downtown will stay open at the Registrar of Voters' Office.

Over the last three years, the League of Women Voters has pushed for expanding early voting locations in Lafayette Parish.

Kathleen Espinoza is a member of the League and said the Registrar's Office is an inadequate polling location.

"It's crowded, it's on the third floor, there is very little parking and there are some accessibility issues," Espinoza said.

In June, the Lafayette Parish Council will consider adding an early voting location at the East Regional Library. The Broussard and Youngsville City Councils agreed to split the nearly $60,000 for the first two years. Lafayette Parish would then take over the ongoing expenses which could cost tax payers roughly $40,000 per election cycle.

Parish Councilman Josh Carlson said, "We had to find a site that was first parish owned and served the cities of Youngsville and Broussard primarily since they're funding the site."

While the League of Women Voters agrees that libraries are good spots to expand early voting, with budget constraints and accessibility in mind, they believe the main branch would be a better location.

"While there are a lot of people in the southern end of the parish, the majority of people in Lafayette Parish do not live south of Johnston Street or south of Kaliste Saloom," Espinoza said. "I think the Parish Council needs to keep in mind that they are governing for the entire parish."

Councilman Carlson said the parish has roughly $50,000 in reserves and this would not be possible without help from Youngsville and Broussard.

"If you live in Youngsville or Broussard, you need three to four hours to be able to go early vote," Carlson said. "You have to drive 45 minutes across the parish, try to park downtown which is nearly impossible, wait in line at the early voting location and then drive home. I think this is going to make early voting far more convenient for a significant number of parish residents."

Both the League of Women Voters and the councilman hope to eventually further expand early voting locations throughout Lafayette Parish.

Wednesday night, the Lafayette Parish NAACP released a statement about the proposed early voting site, saying that the organization is "alarmed by the proposed action of the local government of Mayor Josh Guillory and the Parish and City Councils in Lafayette, La."

While the group commended the expansion of early voting opportunities, the NAACP said they believe the right to vote should be afforded to all citizens via early voting sites, voting by mail, and a longer voting period.

The release continues, "To propose this action and not propose an early voting site at the ML King Center or the Clifton Chenier Center tells the citizens of the Northside, and Northside cities/communities, 'We do not care about your community and promote elitism and voter suppression."

Read the full statement from the Lafayette Parish NAACP below:

TO EXPAND THE OPPORTUNITY TO VOTE EARLY IS COMMENDABLE, HOWEVER, WE BELIEVE THE RIGHT FOR CITIZENS TO VOTE SHOULD BE AFFORDED TO ALL CITIZENS VIA EARLY VOTING SITES, VOTING BY MAIL AND EXPANDED VOTING DAYS.

WE FURTHER CONTEND THAT EARLY VOTING OPPORTUNITIES SHOULD NOT BE DETERMINED BY ECONOMICS BUT BY ACCESS TO ALL OF THE PARISH AND CITY OF LAFAYETTE CITIZENS.

TO PROPOSED THIS ACTION AND NOT PROPOSE AN EARLY VOTING SITE AT THE ML KING CENTER OR THE CLIFTON CHENIER CENTER TELLS THE CITIZENS OF THE NORTHSIDE, AND NORTHSIDE CITIES/COMMUNITIES WE DO NOT CARE ABOUT YOUR COMMUNITY AND PROMOTE ELITISM AND VOTER SUPPRESSION.

THE NAACP WILL UTILIZE ALL OF OUR RESOURCES TO ENSURE THAT BLACK AND BROWN PEOPLE, NORTHSIDE COMMUNITIES AND ALL FAIR MINDED CITIZENS WILL NOT BE DISENFRANCHISED BY THIS ADMINISTRATION AND COUNCIL.

WE FURTHER EMPLOY THE CHIEF OF MINORITY AFFAIRS TO USE THE POWER OF HIS OFFICE TO ENSURE THIS GROSS INJUSTICE IS NOT ALLOWED TO HAPPEN IN THE PARISH AND CITY OF LAFAYETTE LA.

WE ASK OUR LOCAL STATE AND NATIONAL LEADERS TO JOIN US IN ENSURING THE OPPORTUNITY TO EARLY VOTE IS NOT DETERMINED BY PARTISAN POLITICS AND ECONOMICS.

THE RIGHT TO EARLY VOTE SHOULD BE AFFORDED TO ALL CITIZENS NOT JUST THE PREDOMINANTLY WHITE SOUTHSIDE OF LAFAYETTE.