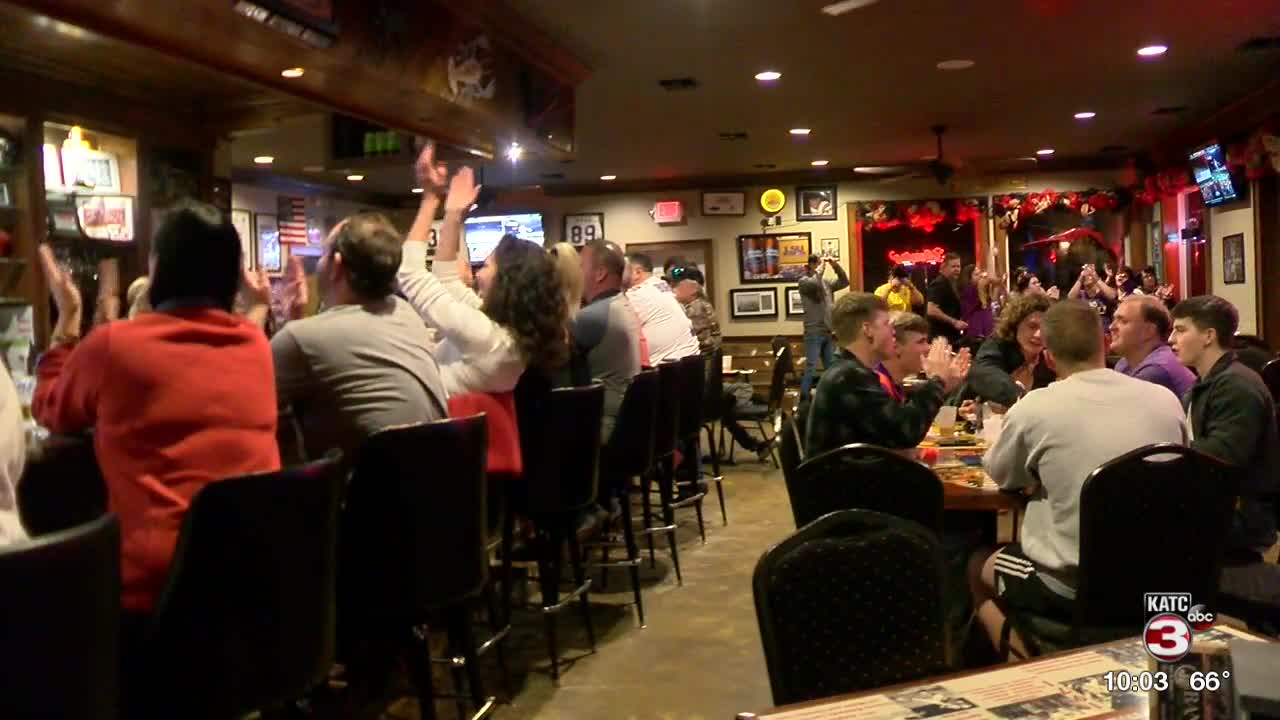 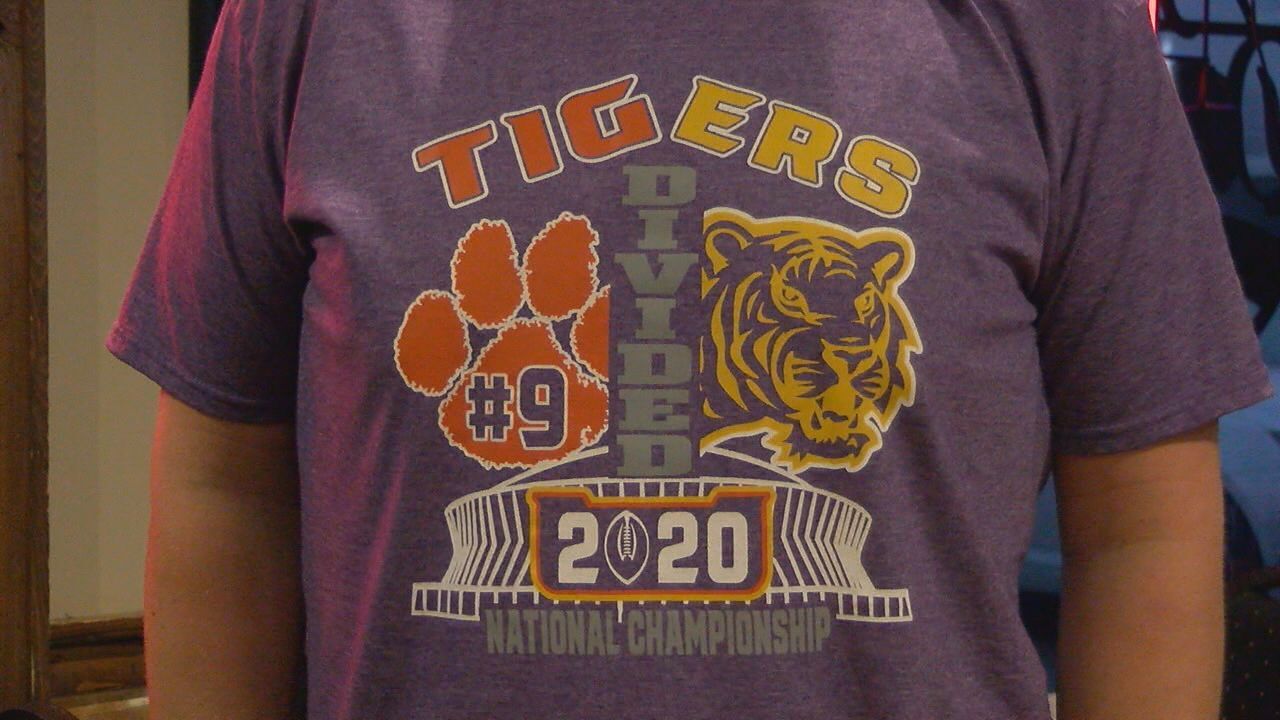 JENNINGS — For the City of Jennings, tonight's game was extra special.

Fans were able to watch LSU and one of their own compete in the national championship.

"We hope Travis has a great game," said Brian Parker. "Tigers are going to win, so it's a win-win, honestly."

The crowd at Darrell's had a tough decision to make: Do they root for their home team, or do they root for former Bulldogs player Travis Etienne who plays for Clemson?

"He's a very talented kid, and I wish the best for him, but I'm an LSU fan," said Michael Lantz. "He can have the best game of his life next game. Tonight is all LSU."

Some LSU fans said they were prepared to accept any outcome.

"Don't get me wrong," said Marsha Hine. "If something were to happen, God forbid something would happen, at least it's a Jennings boy playing for the other team."

Others were brave enough to proudly sport their Clemson gear for Etienne.

"At work today, I had a few people tell me they were going to burn my shirt," laughed Summer Crader.

Although it's a city divided tonight, they all can agree on one thing.

"For a town our size, it's very special because we're just 10,000 [people]," said Parker. "So, Travis is once in a lifetime for us. That talent and that ability but that character he has."