Christmas in Louisiana set to premiere on Lifetime Saturday at 7 p.m. 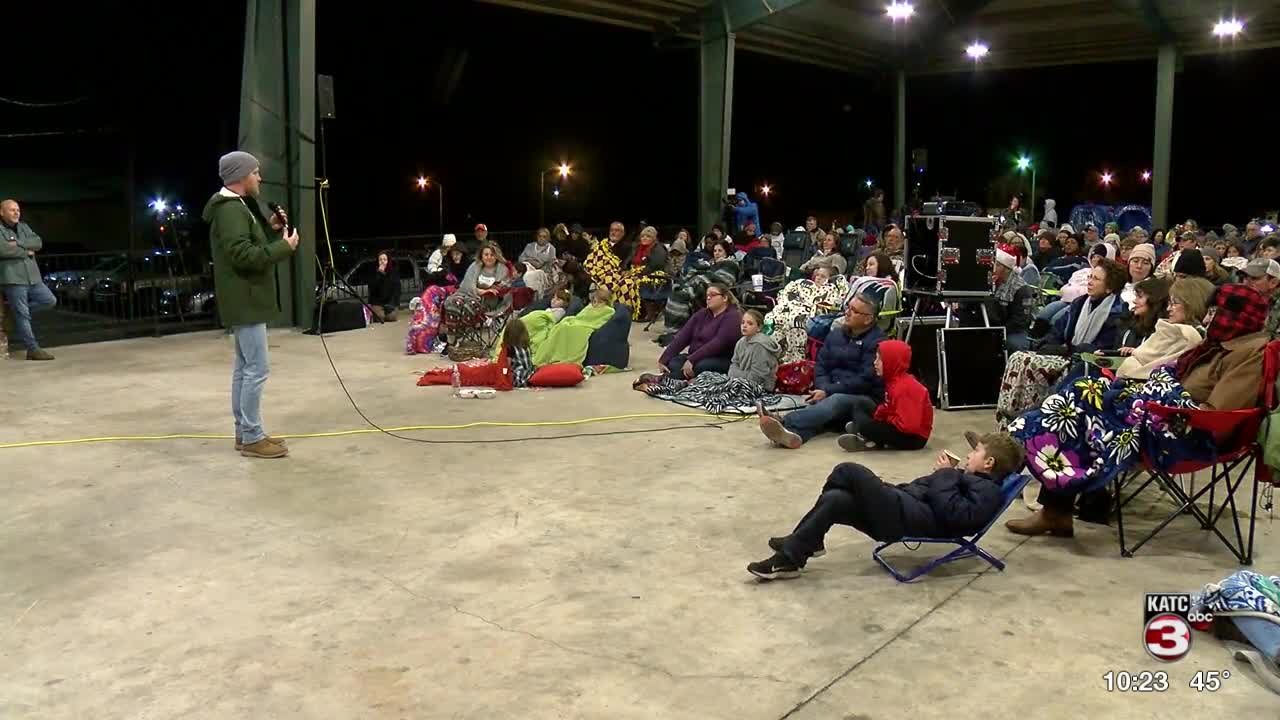 A Christmas movie that was filmed in New Iberia earlier this year premiered tonight in the city at the Steamboat Warehouse Pavilion in Bouligny Plaza.

Filmed in September (when the temperatures were anything but festive), the movie takes place in New Iberia and tells the story of the Winter family.

The Winter Family is Christmas royalty in New Iberia, Louisiana, and Sarah Winter (Jana Kramer), a successful lawyer and former Miss Christmas, is no exception. When she returns home to celebrate the anniversary of the town's Sugarcane Christmas Festival with her mother (Moira Kelly) and her grandparents (Dee Wallace and Barry Bostwick), she rediscovers the magic of the season-and a little romance- with her former Mister Christmas, Luke (Percy Daggs III).

The film draws heavily from local culture, locations, and people, though the Sugarcane Festival is a fictional event.

All were invited to tonight's premiere. Those in attendance huddled together in blankets to watch the exclusive sneak peek.

"I've been making it a mission over the past few years to find those special communities and towns across Louisiana and film movies there, and New Iberia was one at the very top of the list. So I'm excited to finally shoot a movie here and to be able to show off the beauty and charm of the town with the rest of the world," explained the movie's producer Daniel Lewis.

The rest of the world will have to wait until Saturday to experience the charm, though, when the movie is set to premiere at 7 p.m. on Lifetime.