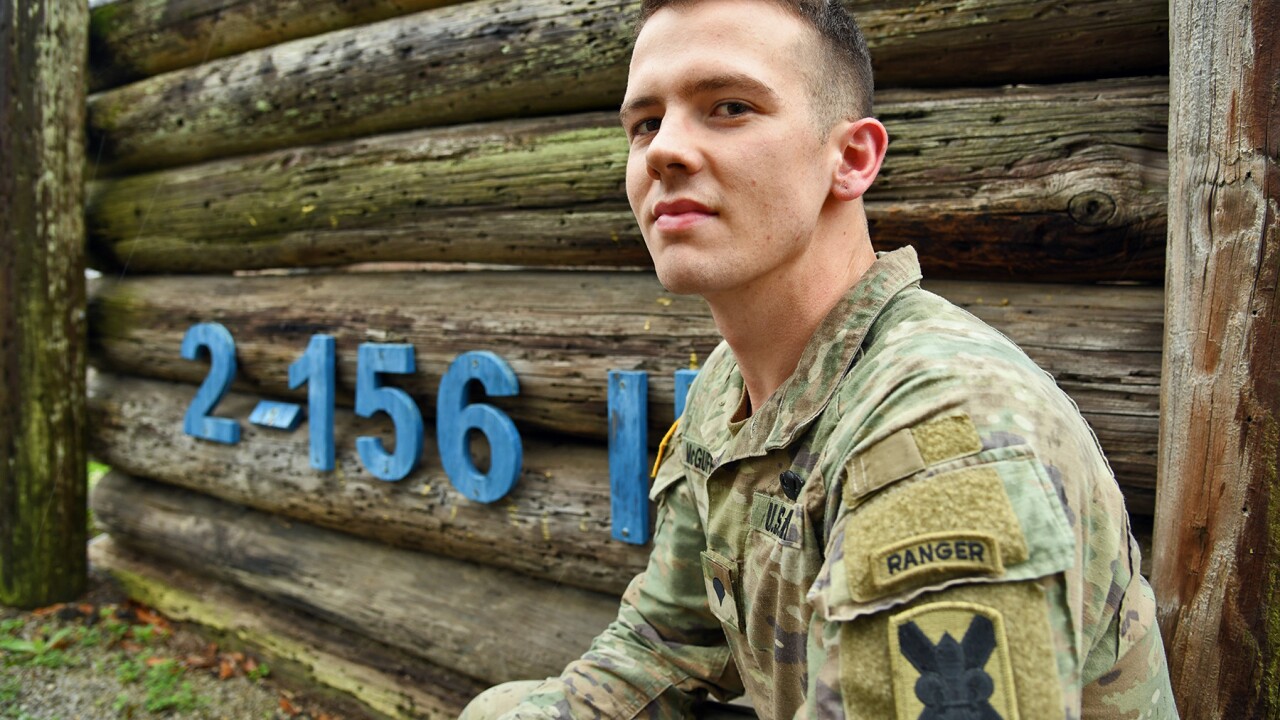 The following is a Louisiana National Guard news release

The Comeaux High School graduate, now 21, joined the LANG so he could earn a degree from the University of Louisiana at Lafayette before entering the workforce as a full-time Soldier.

"I've always wanted to be in the Army, but I want to get my degree before I go active," said McGuffee. "The National Guard just looked like a good option since I could go to a physical school full-time and have my tuition covered while still starting my military career."

He said he was particularly excited at the chance to attend an elite military training course right out of the gate.

"I jumped at the chance to go to Ranger school when it was offered to me," said McGuffee. "My dad was a Ranger, and I grew up hearing stories from him about his time in the military."

McGuffee said that going into basic, he didn't know that he would be able to go to Ranger school so soon. During basic training, he and other top-performing Soldiers were offered the chance to attend the course on the condition they maintain the high standards they exhibited.

"My dad was shocked when I wrote home to tell him I was going to Ranger school," said McGuffee. "I feel really lucky that I was in the right place at the right time to get that opportunity."

McGuffee said the course was as tough as you would expect, if not harder for somebody who was still new to the military.

"I had just learned the basic concepts the instructors were trying to teach, so being so new was definitely a challenge," he said. "The hardest part, though, was just constantly failing at what seemed like everything."

The new Ranger said that the course is designed that way. Every situation is set up as nearly impossible to complete without error, and one person can fail because of a shortcoming exhibited by another team member. This builds up stress, and eventually, Ranger candidates develop excellent critical thinking and communication skills in situations of high stress and fatigue.

"I got recycled once because I let one of my team members fall asleep," said McGuffee. "But that taught me one of the best lessons I took away from the course; teamwork and discipline are necessary to succeed, and I think that applies in military and civilian life."

As far as preparing for Ranger school, McGuffee has some straightforward advice for would-be candidates; go in with a mantra of knowing that you will earn the tab and never give up. He said that although the course was not as physically challenging as he thought it would be, it was still extremely difficult even though he was in peak condition from his high school football career and from constant workouts leading up to Ranger school.

"During basic, pretty much all of my down time was committed to extra exercise to prepare; I was working out twice a day running, lifting weights and doing bodyweight exercises between basic and Ranger school," said McGuffee. "It's a hard course that you definitely need to be mentally and physically ready for before you get there.

Now that he is home, McGuffee enjoys his free time spending time with his family playing Dungeons and Dragons or Mech Warrior.

"Basic training and Ranger school were really challenging, but I loved every moment I was there," said McGuffee. "Those were some of the best times I've had in my life, and I can't see myself wanting to work outside of the military now."