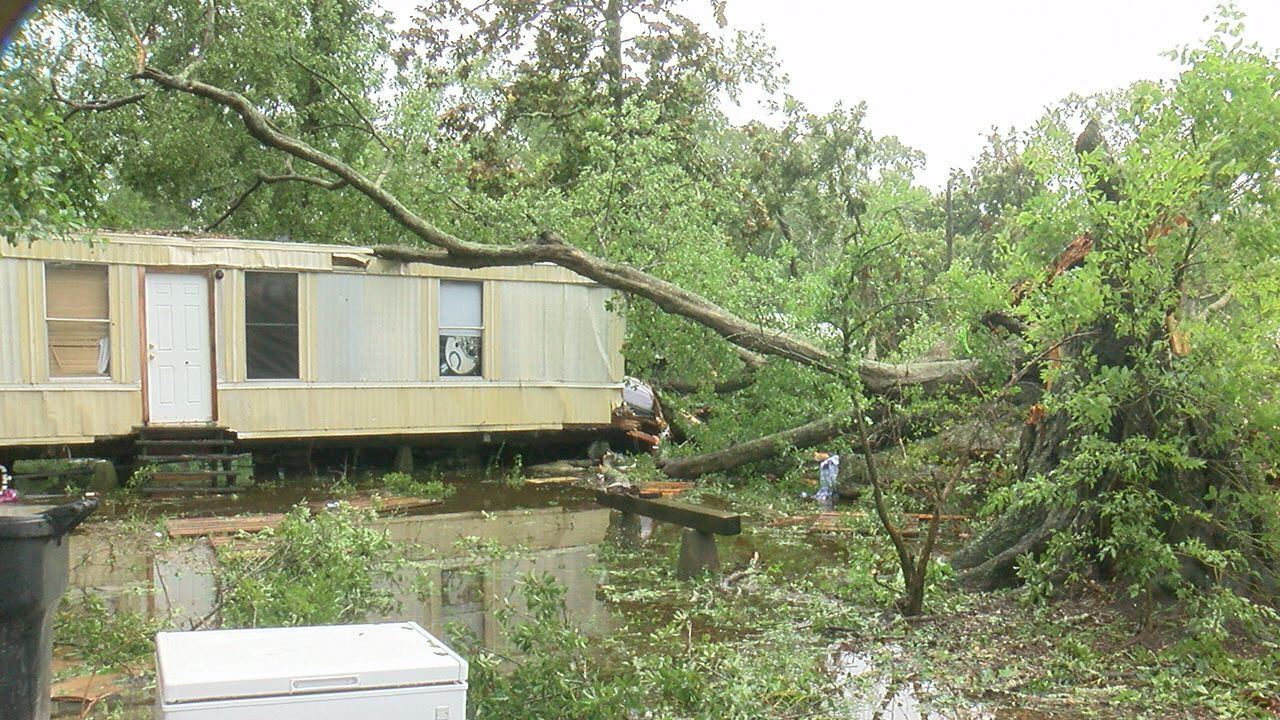 A Jeanerette family is homeless after a bee infested tree fell through their home during Tropical Storm Barry. Two family members were left with injuries and hospitalized after what their son, Kavian Robertson, says was a traumatic experience.

“It was storming and everything and we just heard a big collapse. We ran and we see that half of our mobile home and my mom was screaming for help and there were bees everywhere," Robertson said.

Kavian and his younger brother say their father immediately tried to help get their mother from under the tree with hundreds of bees attacking, making freeing her almost impossible.

"He tried to help my mom and he wasn’t trapped. But then he got trapped because the bees were eating him up everywhere. They were eating them both up. His face was so swollen from bees," Robertson said.

Kavian said he then ran to the neighbor's house to get help. He says the police and the ambulance arrive on the scene and offered him and his brother medical assistance. His younger brother was not hurt, but he had swelling from the bee stings and had to get stitches from falling as he ran to help his mother.

He says despite what was happening, all he was concerned about what his mom.

“I was traumatized and just crying. I was worried about my mom. She said she couldn’t breathe. She was under that tree and the bees were just eating up her head and her face. Everything just kept happening to her, I was worried about her," Robertson said.

He says he sees tragedy on TV all the time and never expected anything to happen to his family.

Robertson's parents are still in the hospital as of Sunday night. His father had to undergo several surgeries from the bee stings. Both mother and father are expected to be released soon.