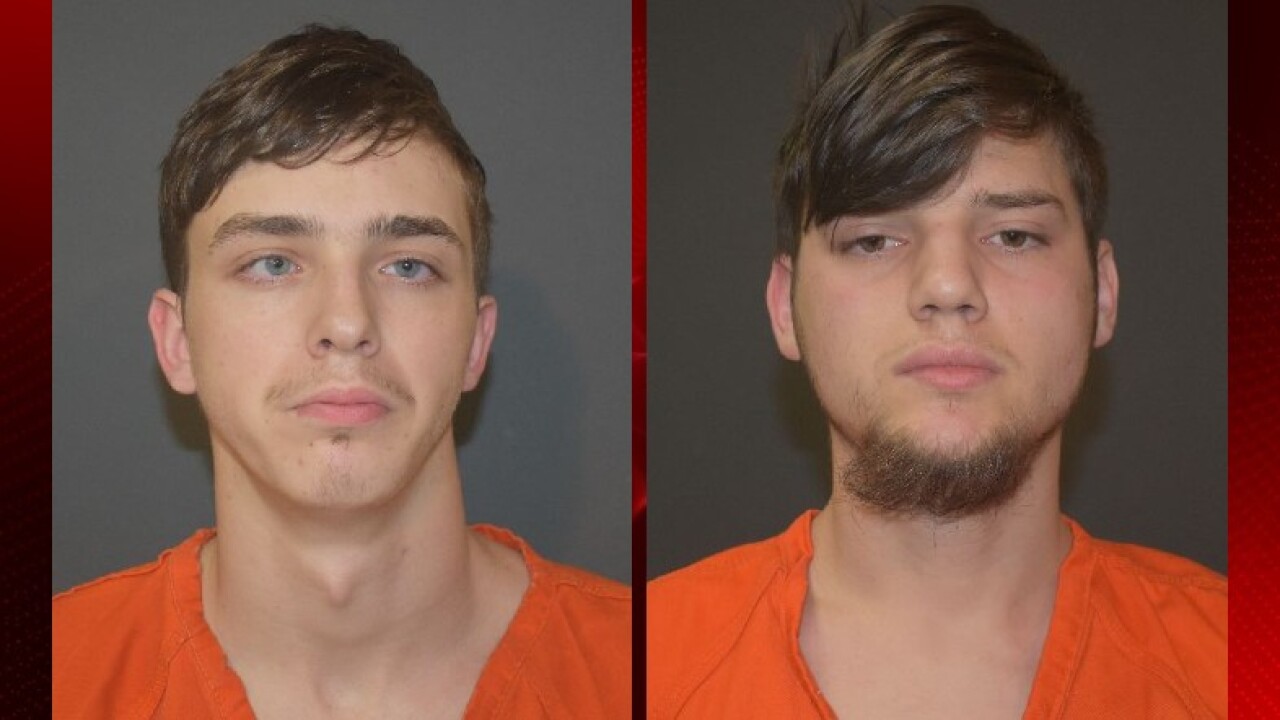 Two Lake Charles men have been arrested by State Fire Marshal Deputies for allegedly setting an occupied mobile home on fire with a flare gun.

Dylan Guillory, 19, and Christian Bishop, 19, were booked into the Calcasieu Parish Jail on one count of Aggravated Arson, according to the State Fire Marshal's Office.

Early on the morning of February 12, the Westlake Fire Department requested the assistance of the SFM to determine the origin and cause of a mobile home fire located in the 200 block of Phillips Street in Westlake. The fire had been called in by a patron at a nearby gas station.

The home sustained minor damage, limited to a window shutter. After an assessment of the scene and obtaining video evidence, the fire was determined to have been intentionally set and Guillory, who is the ex-boyfriend of one of the occupants, was identified as a suspect.

During an interview with investigators, both Guillory and Bishop admitted shooting flares at the structure, even though they knew it was occupied.

Both were then placed under arrest.