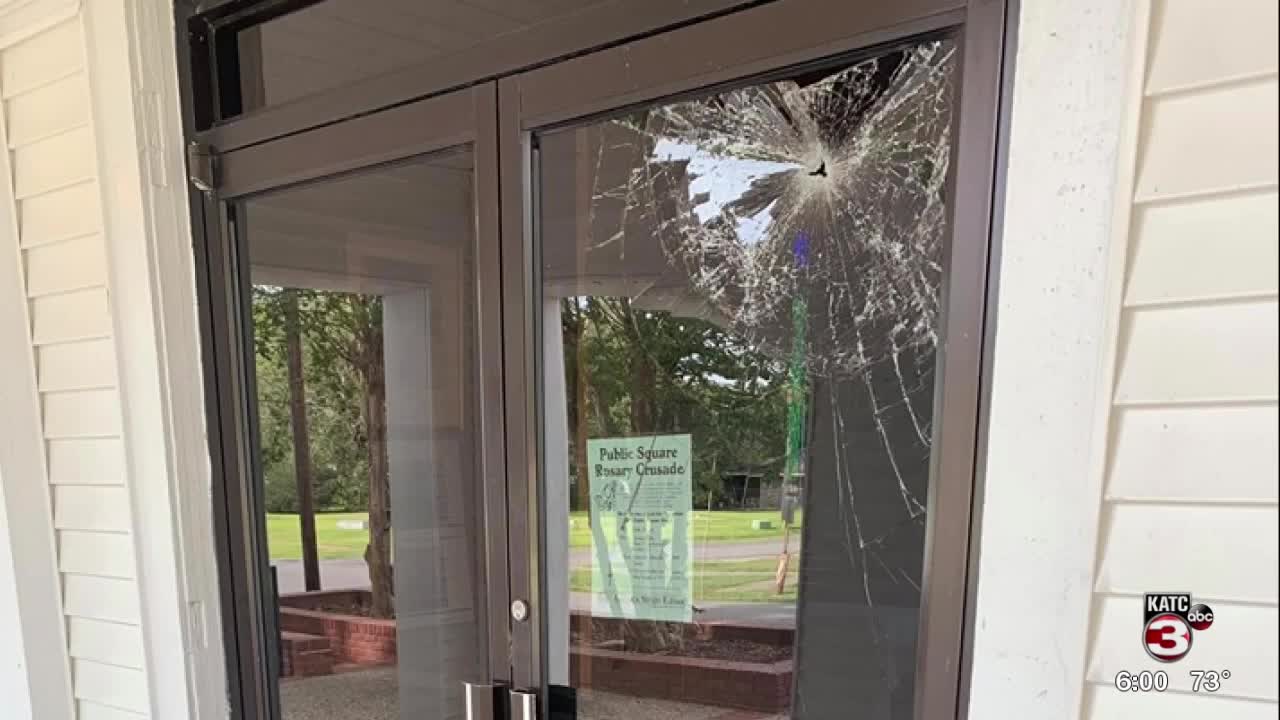 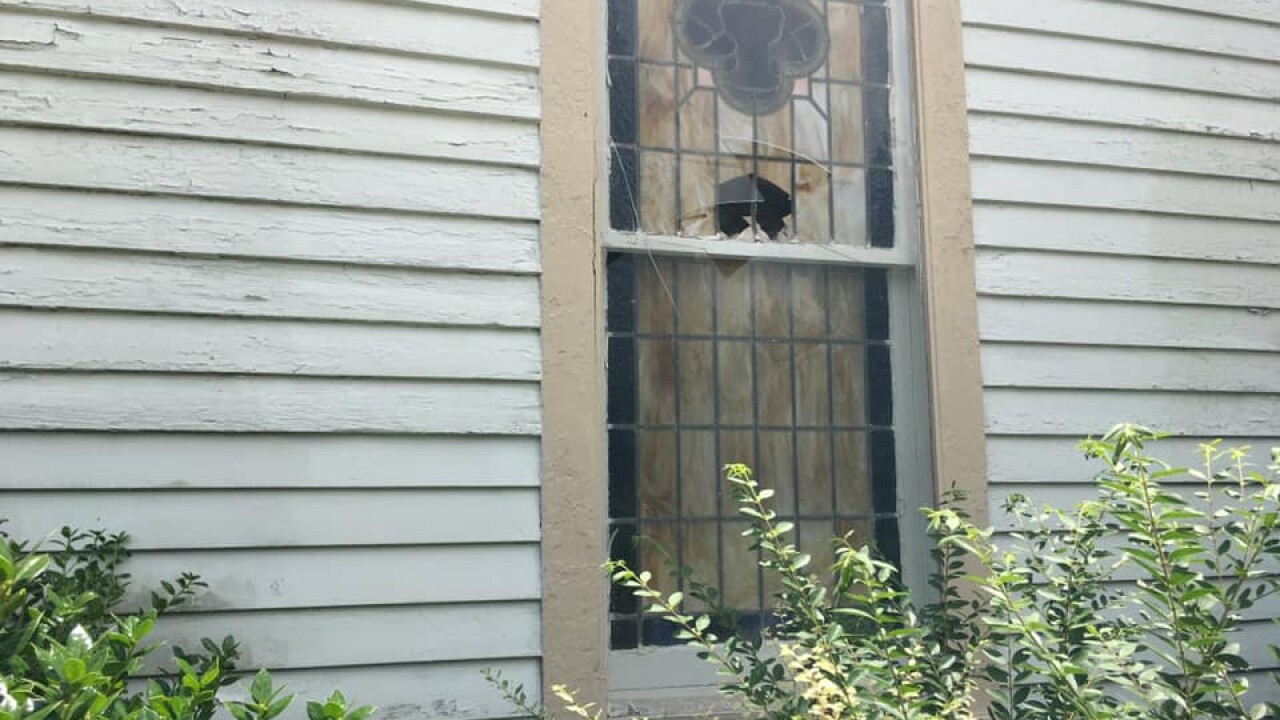 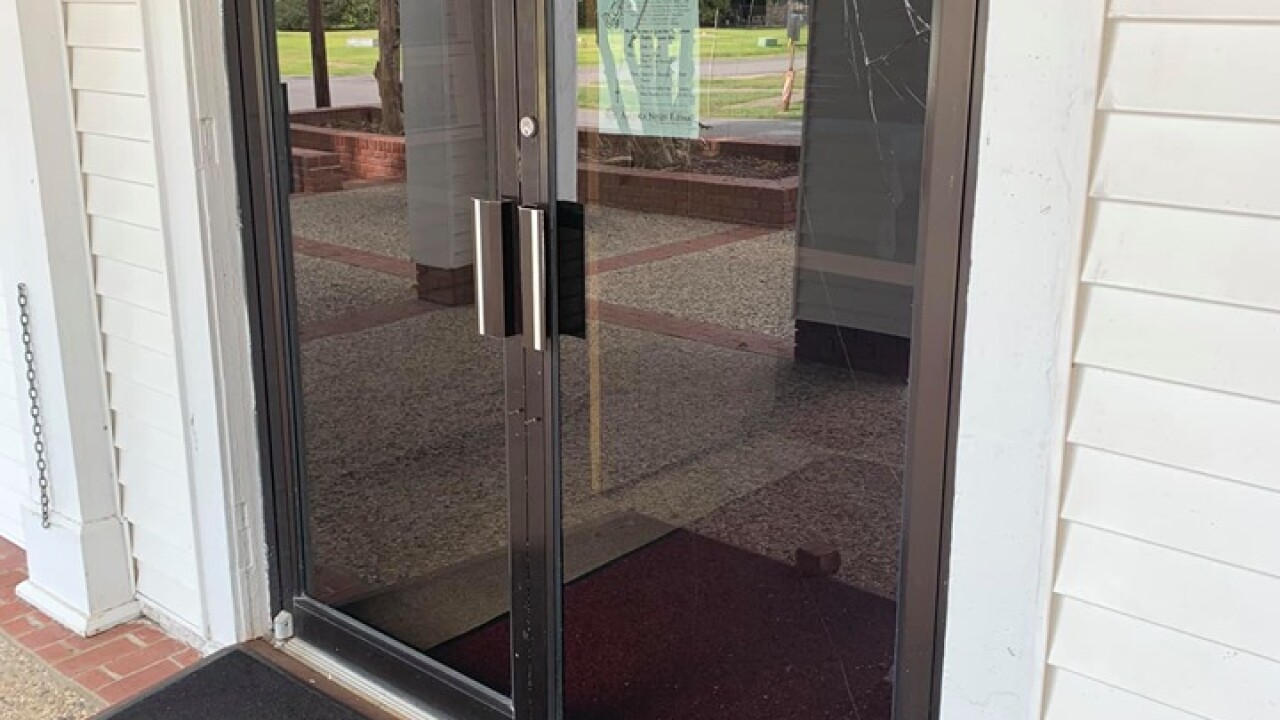 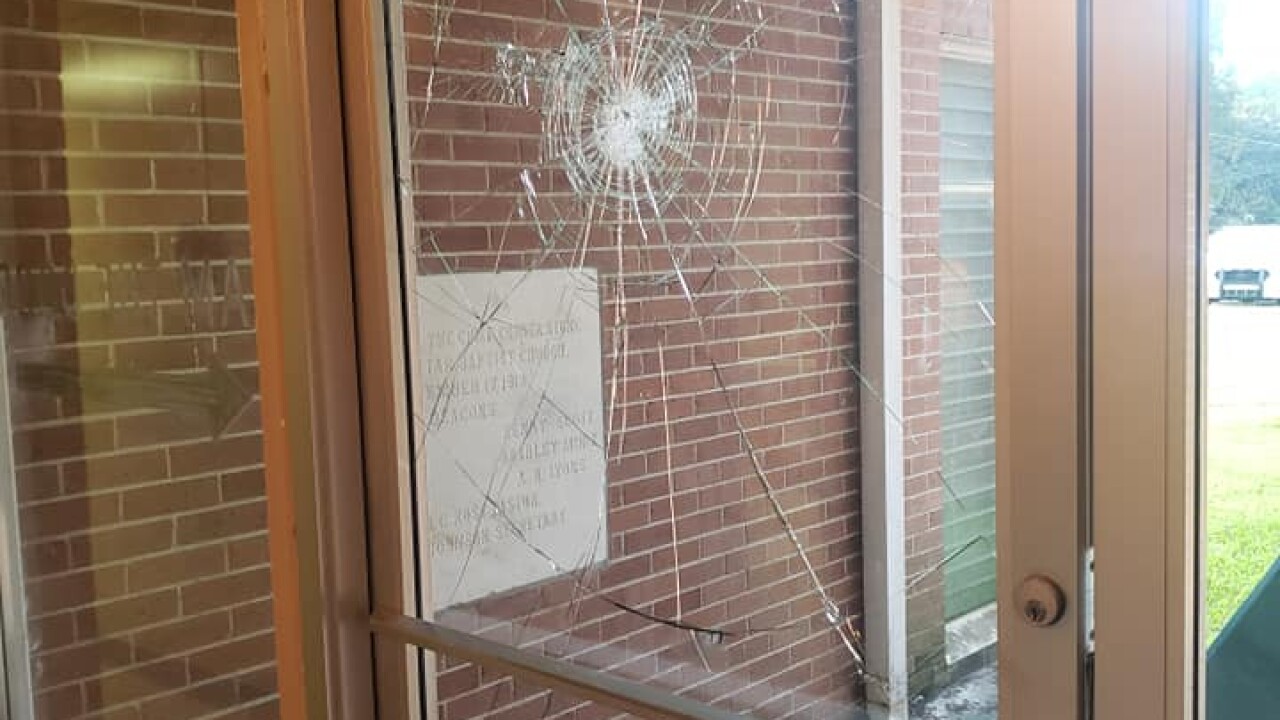 CROWLEY, LA — Crowley police are investigating a third case of vandalism at a church in the city since July. In early July someone threw a padlock into a stained glass window at First Lutheran Church on West 8th Street. Police were called out on Friday October 11th after another church, St. Theresa Catholic Church on West 3rd Street, reported a brick had been thrown into the front glass door.

The third attack was discovered Wednesday, October 16th at Morningstar Missionary Baptist Church, less than one block from St. Theresa's on 3rd Street. "We believe them all to be related, we cannot confirm that, but they are all in the same section of our city", Crowley Police Chief Jimmy Broussard tells KATC. He adds, "someone is trying to make a statement of some sort, the issue with it is that they're doing it to houses of worship and that's where the problem exists."

Parishioners are on edge after the string of attacks and are wondering why their churches are being targeted. "If they needed something or needed help, they could have came to the rectory and asked for help", says Pashine Broussard, a secretary at St. Theresa. She has a message for the suspect, "they can't stop our faith, they can attack us but they can't stop our faith."

Police are continuing their investigation and they are urging anyone with information to contact the Crowley Police Department at (337) 783-1234.