Marco is now a Hurricane

Laura May Reach Land as a Category 2 Later this week 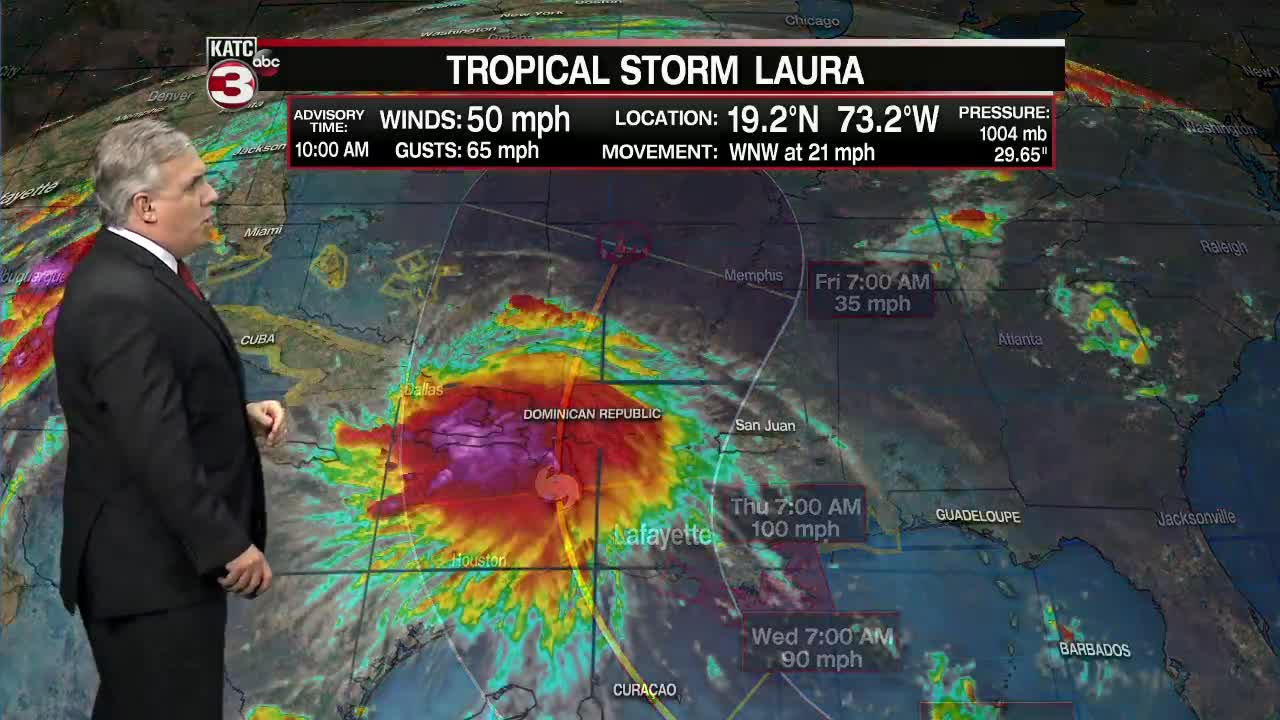 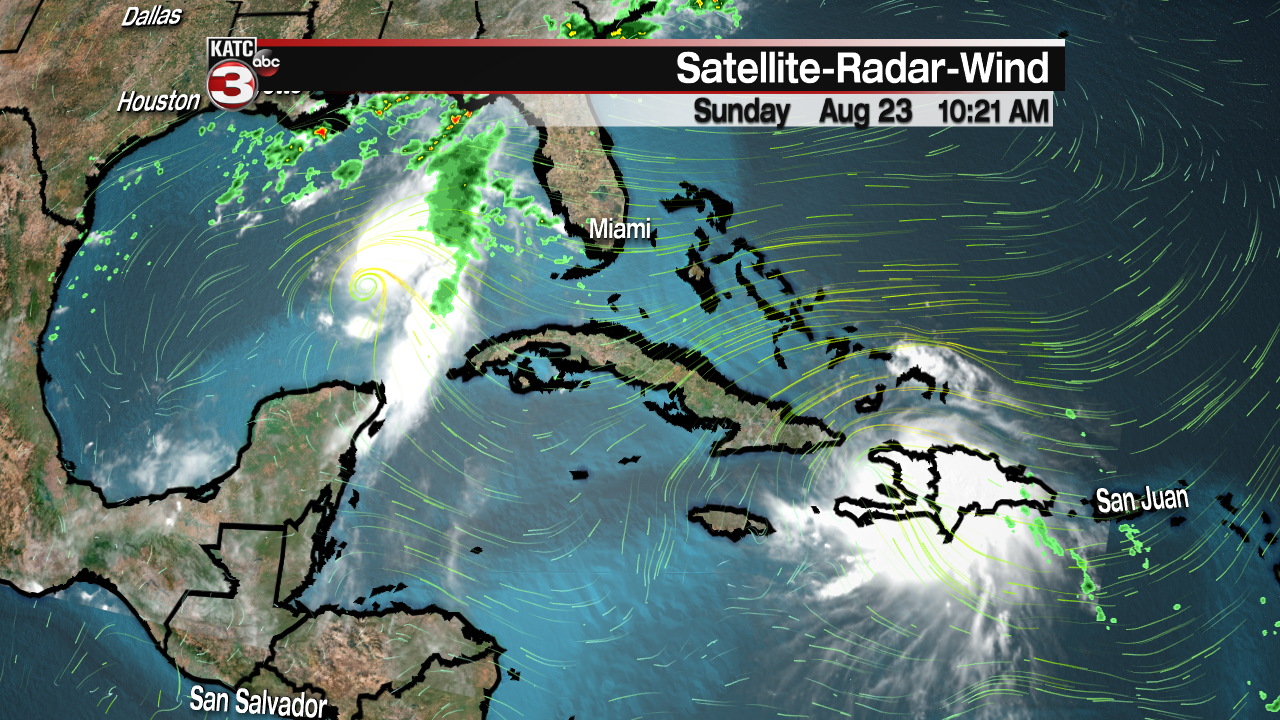 Below is a live stream as KATC updates on Hurricane Marco and TS Laura.

Acadiana continues to prepare for the possibility of two tropical systems striking the Northern Gulf Coast this week. Preparations should be completed by the end of the day Sunday in advance of Marco and Laura. Breezes will start later today, with conditions becoming more windy into Monday as Marco approaches first.

Marco, the stronger of the two systems as of this briefing, has been struggling with wind shear during the overnight period, but achieved hurricane status as of late Sunday morning. Marco is a relatively small system, located in the extreme southern Gulf of Mexico near the Cuban west coast. Storminess associated with Marco seems to have been displaced to the northeast of the center due to shear. If this continues, Marco will struggle to strengthen. But forecasts show lighter shear for the next 24 hours, then shearing begins again near landfall.

It may have a better chance later today as it approaches the coast, but will then encounter shear again as it makes landfall. Because of the small size of Marco, conditions at landfall will vary greatly. The system is expected to reach southeast Louisiana as a hurricane early Monday, then cross northwest over Acadiana as a tropical storm.

Coastal areas of Acadiana will start to see rain bands moving toward the coast starting later tonight. Winds will ramp up starting Monday morning. Forecasts along the US 90 corridor in Iberia and St. Mary are calling for winds in the 45mph range with gusts over 65 at times. The remainder of Acadiana could see winds up to 40mph with higher gusts. Winds will be lighter the farther northwest you go.

Rainfall amounts look to be in the 1-3 inch range if Marco continues a brisk track across the region. Storm surge values will be 2-4 feet, depending on where the center crosses. If landfall is east of our region, surge values will be less. Conditions will relax by Tuesday afternoon. (The map above does not take into consideration of rainfall from Laura later in the week)

But don't let your guard down, because Laura's impacts will start to be felt by Wednesday afternoon. Rain chances will be ramping up again, with wind speeds looking to be considerably higher than Marco, especially here in Acadiana. The National Hurricane Center's 10am track shows Laura to be a Category 2 hurricane at landfall over southwest Louisiana early Thursday. Models show hurricane force winds are possible for much of the region with gusts up to 90mph. There's more time for Laura's forecast to change. Especially with the amount of land Laura may encounter between now and Tuesday.

At this time, it appears Laura could bring higher rainfall totals to the area later this week. Rainfall, wind, storm surge values, and exact locations where the worst of the weather could be are still unknown due to the uncertainty future track changes. Rainfall totals cloud be over 10 inches over western areas, and storm surge values could be over 6 feet and as high as 10 feet over southwest Louisiana.The next update will come at 1pm.

All plans for these storms should be completed by the end of the day today, Monday morning at the latest. Hopefully most of us have gotten used to hunkering down these past several months and a few days won't be too hard on us. Lets hope Marco and Laura don't unleash too much on Acadiana.