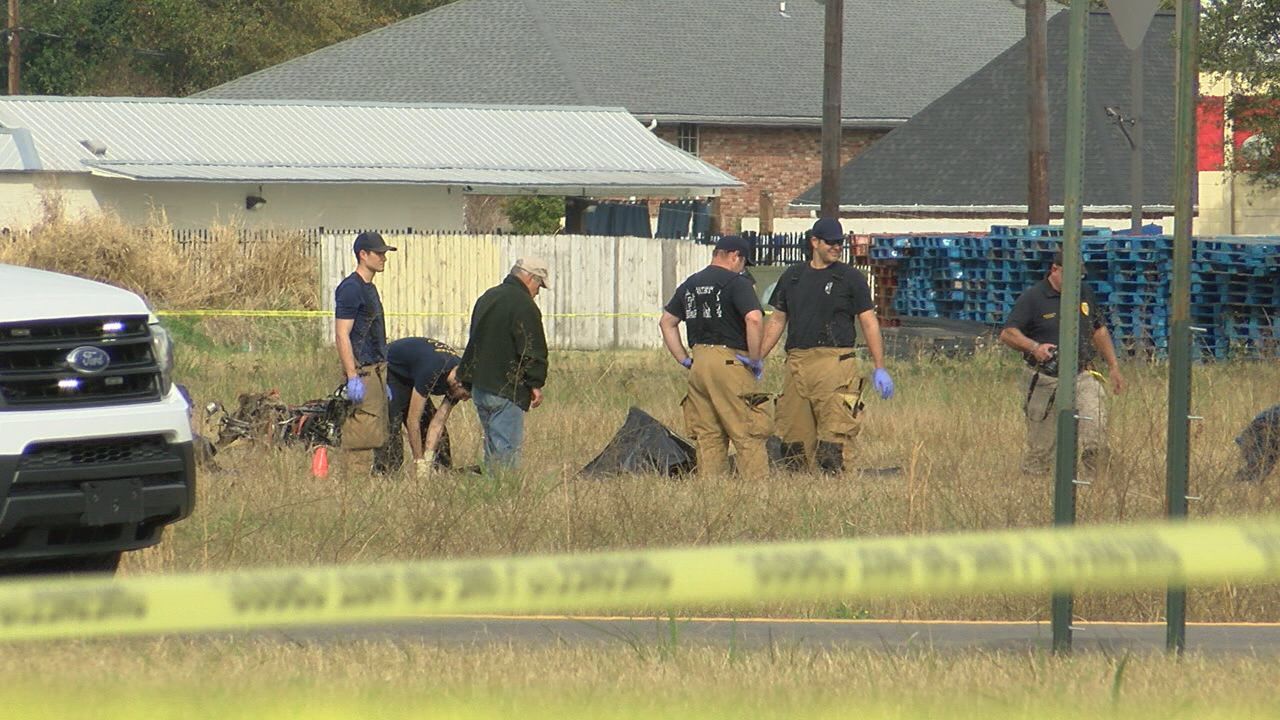 Dozens of people were near the intersection of Feu Follet and Verot School roads Saturday morning when an eight-passenger plane crashed into a field behind the post office.

Six people were on board, and only one person survived the crash.

Some who live nearby say they, too, felt the impact.

"It was just like an action movie where everything just happened so fast," recalled Alexis West. "[The plane] just rolled, and it's one of things you never could picture in your mind. It was terrifying."

According to one witness, the plane hit a utility pole and two vehicles before bursting into flames.

"I had tears coming out of my eyes because [I thought] they had nobody in that car right there, and then they said they had two people in there," said the unidentified witness.

A woman was inside the car. She is being treated for severe burns in New Orleans.

Two people, who were inside the post office, were treated for smoke inhalation.

After the plane crashed, bystanders rushed over to the field and were able to pull the survivor out of the burning plane.

"They had five people trying to help the man that got out of the plane," said West. "They tried to help the two people that passed away right there, but [the plane] was just so much in flames that they couldn't get in there."

Some were emotional, thinking about the scene.

"For the first time, my heart just wanted to stop and give up and take their place," said the unidentified witness. "It just feels like pain. It's pain for the family."