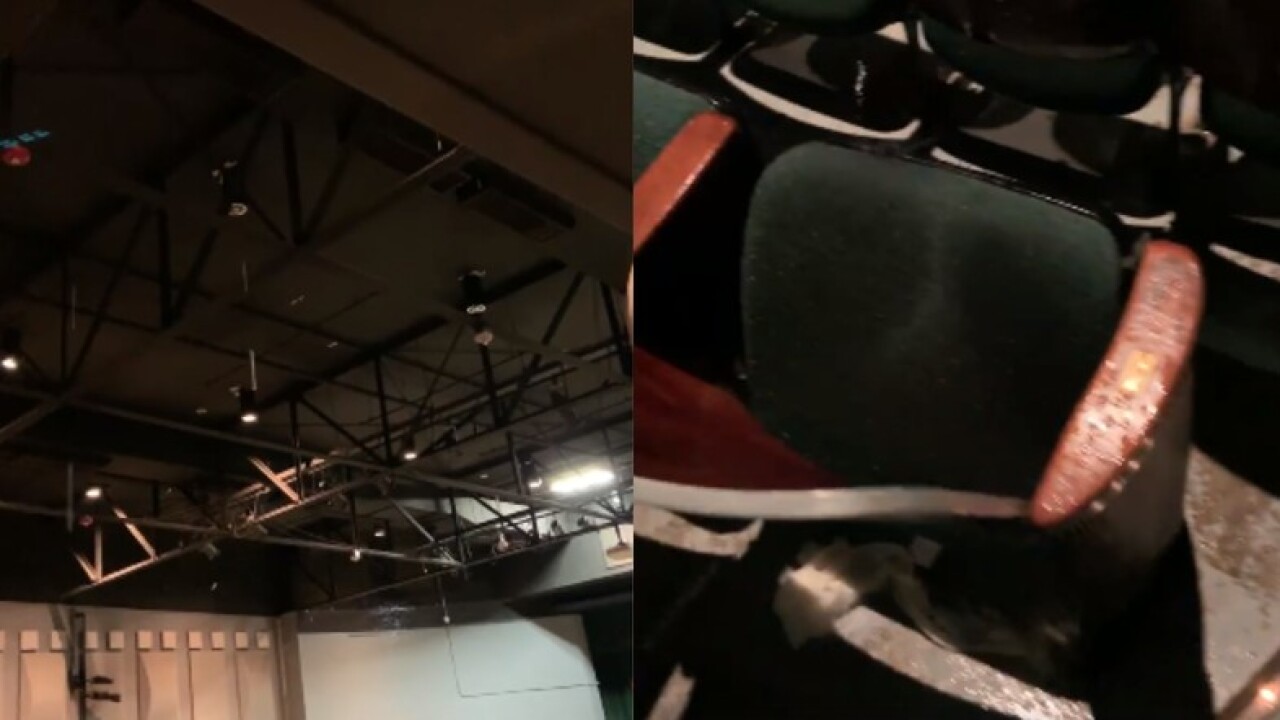 Despite having a roof over their heads, a building on Lafayette High's campus experienced rain indoors.

Video sent to KATC from Jackie Lyle shows water falling from the ceiling of the school's auditorium during Monday's heavy rains. The water can be seen soaking several rows of seats as students practice on stage. A separate video shared on social media also shows the water puddling the stage from above.

Lyle says that the roof is currently being repaired which she believes may be the cause of the rain inside. Others note that Lafayette High's auditorium has seen water issues in the past, but mainly from flooding.

"This must be addressed. The largest high school in the state with the most rainwater in its 800 seat theater. That's Lafayette High," Lyle's post states.

KATC reached out to School Board Member Justin Centanni who says a fix is now underway although the cause for the raining indoors has not been found.

"[The Superintendent] said the contractor is on site working to fix the issue. We don't know if it's related to the roof work going on at the school, but it likely is since this hasn't happened before," Centanni said.

Centanni says they will know more by Tuesday morning.

Video of the rain on the stage is below: