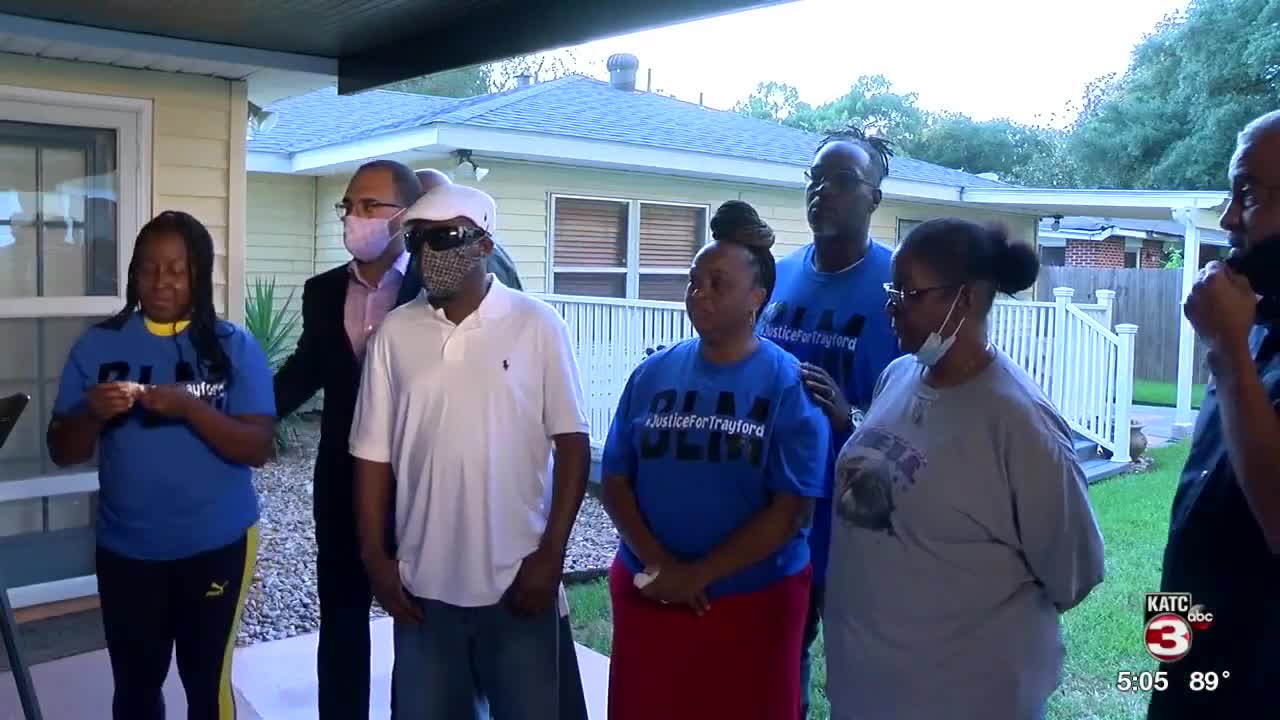 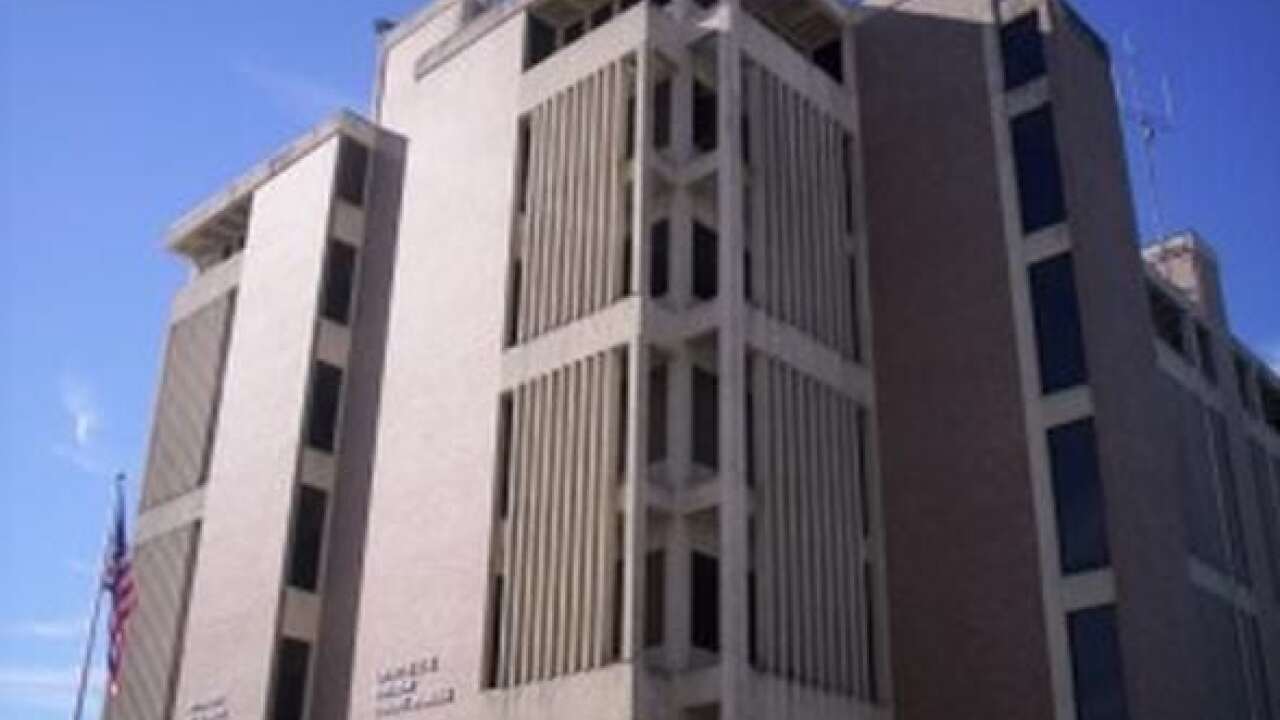 LAFAYETTE, La. — Police officers have withdrawn their request to seal all evidence in the Aug. 21 fatal shooting of Trayford Pellerin, which would now allow his family to accept an offer from Mayor-President Josh Guillory to view body cam footage of the incident.

The three officers involved in the case dropped their request for a temporary restraining order (TRO) sealing the evidence after some argument in court, and more than an hour in chambers with attorneys for the city, three media outlets, the deceased's family and the judge.

Allyson Prejean, who was representing one of the police officers, said that her clients rights to due process were in jeopardy if the evidence was released to the public before the investigation into the Aug. 21 shooting incident was completed by the Louisiana State Police.

She said that releasing evidence piecemeal before the investigation could be completed would not present the entirety of what took place leading up to the shooting.

She also said that Guillory did not have the authorization to promise to show the footage to the Pellerin family because the evidence falls under a statutory exemption to the public records law if it is part of an ongoing investigation.

She also said that Guillory was not the custodian of records of the Lafayette Police Department, which would be the chief of police.

Prejean also warned that the decision could "open Pandora's Box" because if the Pellerin family is allowed to view the body cam footage before the investigation is complete then the exemption could be made for anyone who requests to view such evidence. She also questioned who would decide what evidence can be released.

Prejean said that the police chief could show the footage to the mayor-president and the city-parish council because they are in the same organization, but if it was shown to anyone else outside of the government then it could be shown to everyone including the media and anyone on the street.

However, after each of the attorneys met with Judge David Smith in his chambers for roughly an hour, Prejean and the other attorneys representing the police officers - Brett Grayson and Jordan Precht - said that they would be withdrawing their request for a TRO to seal the evidence.

"This is a huge victory for the Pellerin family, Constitutional law, anybody who cares about public records or free speech. We're very happy with that outcome," said Chase Trichell, attorney for the Pellerin family after the hearing. "This also means that the formerly sealed records are no longer sealed, and there's nothing restraining us from seeking evidence, and bigger than that, we still have the commitment from the mayor's office to allow for a private viewing, to allow the Pellerin family to see the police footage of Trayford's shooting. That was our ultimate goal here today."

Trayford Pellerin was shot to death by Lafayette Police officers on August 21, 2020 outside a gas station on Evangeline Thruway. Since then, there have been protests and many conversations about the incident - but not a lot of information as the community waits on State Police to complete their investigation of the incident. Last week, three officers involved sought and received a TRO under seal that halted any release of any details or evidence from the incident.

Pellerin's family already had received a commitment from the City of Lafayette to have a private viewing of the body cam video from officers at the scene that night.

Stephen Oats, who was representing Lafayette Mayor-President Josh Guillory and the Lafayette Consolidated Government, said that the TRO should be resolved and that LCG should be able to honor Guillory's promise for a private viewing of the body cam footage to the Pellerin family because the law doesn't prevent them from doing so.

Oats said that the under TRO, attorneys for the police had to prove that release of the footage would cause irreparable harm if there is no law prohibiting the release.

Oats also said that Guillory was having the faces of the officers shown in the body cam footage pixelated to make sure that their identities would not be revealed.

Trichell said the TRO process was in itself flawed, but the freedom of information issue was paramount. The Pellerin family is part of the public, he said. This was not proper today, he says, and that's why the police officers agreed to dismiss their request.

KATC did not get involved because we want to publish the names of officers under investigation, or to broadcast the body cam video at this time. KATC intervened because everything was sealed, and the public has a right to know what is happening in a case like this, said Jim Doyle of Lake Charles, who represents KATC along with Ed Abell of Lafayette. KATC, The Advertiser and The Advocate filed a joint intervention in the case.

Until a judge makes a ruling, the public - and the press - have a right to know what is happening, especially when the case involves public employees performing public duties, Doyle said.

The next step for the Pellerin family will be to view the footage and decide where to go from there, said Trichell.

Yesterday, the City of Lafayette asked the court to end the restraining order on the body-cam video, saying that it's not public record but the city wants to show the video to Pellerin's family.

Last week, Pellerin's family and a group of three media organizations, including KATC, also filed motions to intervene in the case, also asking that the restraining order be ended.

In an opposition, the City of Lafayette asked the court to end the TRO granted last week that forbids the release of any information, including video from officers' body cams, from release.

It also states that, because the officers' identities won't be released, the officers have no legitimate basis to request the TRO.

The Pellerin family wants to see the video, and City officials want them to see it. The officers' identities will be protected and there will be no danger to them, the city argues.

Last week, KATC, The Advocate and The Daily Advertiser filed a motion to intervene in the court case.

The petition was filed Friday in the 15th Judicial District Court to dismiss the TRO and the accompanying lawsuit in opposition to both plaintiffs and defendants.

The TRO was filed Tuesday by the counsel for the individual officers involved in the incident and prohibits the release of information related to the shooting death of Pellerin and the identities of the officers involved.

Attorneys for the officers say in the TRO that any statements, documents, reports and/or audio or video footage captured of the shooting incident on Aug. 21 released to any entity not associated with the investigation underway by LPD and the Louisiana State Police would "impair the integrity of the ongoing investigations and anticipated civil litigation."

KATC and the other media organizations argue that the First Amendment of the U.S. Constitution offers a right to participate in and report on matters of interest to the public at large occurring on the public stage.

As courts and court records are open in Louisiana, the petition states, the right to report can only be overcome by specific allegations citing specific harm occurring to an individual, and not allegations that disclosure “might” deprive a current or potential criminal defendant of a right to a fair trial.

For this reason, KATC and the other media organizations argue that so-called “gag orders” violate the free speech rights of those involved and the right of the press to report on public proceedings.

KATC and the other media organizations allege that the TRO was granted improperly and is unconstitutional under federal and state law.

The attorneys representing the Pellerin family also filed a motion Friday to intervene against the TRO that would prevent the release of body cam footage and the identities of the officers involved.

KATC is being represented by Edward C. Abell, Jr. with the Onebane Law Firm in Lafayette and James B. Doyle of the Doyle Law Office in Lake Charles.

A hearing on the TRO and the motion to intervene over the body cam footage and the officers' identities is set for Tuesday, Sept. 15 at 10 a.m. at the Lafayette Parish Courthouse.

You can read the petition in full here.