UPDATE: Comedian seeks dismissal of lawsuit based on Freedom of Speech 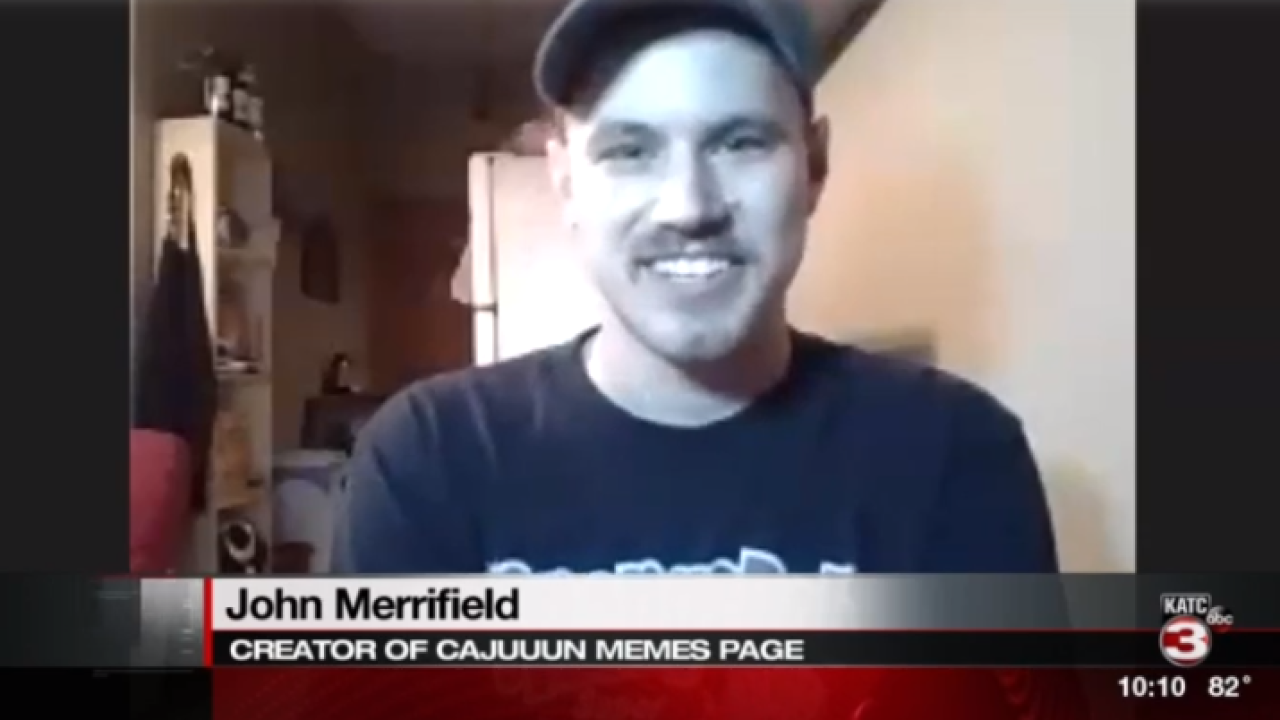 A comedian whose satire site posted a fake "Antifa" event has filed a motion to strike the lawsuit Lafayette filed against him, relying on Louisiana's anti-SLAPP law.

The city sued John Merrifield earlier this month, asking the court to force him to pay the city for the cost of police officers deployed on the date of the fake event. The city's position is that the event was fake, but the deployments were necessary in case someone took the fake event seriously. To read our story about the city's lawsuit, click here.

According to a release from Merrifield's New Orleans attorney, the anti-SLAPP law protects speakers and publishers against malicious or meritless lawsuits filed that arise “from any act of that person in furtherance of the person’s right of petition or free speech under the United States or Louisiana Constitution.”

In addition to arguing the issue of free speech and satire, Merrifield's attorney, Andrew D. Bizer, also points out what he says are legal flaws in the city's lawsuit.

"Lafayette’s lawsuit is long on the facts, but short on the law. Lafayette argues that Mr. Merrifield owes them “damages and reimbursement” but at the very end of the lawsuit it states, “Merrifield is liable under theories of negligence and pursuant to La. R.S. 14:126.1.1.” In order to succeed on a negligence claim, a plaintiff must specifically detail what duty the defendant owed and how that duty was breached. Lafayette failed to do this because it cannot. As for La. R.S. 14:126.1.1, that is a criminal statute. Mr. Merrifield was sued in civil court for money and therefore this criminal statute does not apply. If Mr. Merrifield’s motion succeeds, he will be awarded attorney’s fees and costs," the attorney wrote.

Merrifield, who is a Lafayette native but now lives in New York, has said repeatedly that his satirical events have accomplished what he wanted; he believes that conversations were started, and that the gullibility of some people was put on display.

“The City of Lafayette and Mayor-President Guillory are understandably embarrassed after taking a fake event posted by a comedy page seriously...twice. However, what LCG and Mr. Guillory should really be ashamed of is how they closed their doors to our neighbors seeking hurricane relief, how they attempted to defund recreation centers in poor communities, how multiple LPD officers couldn’t detain one man without shooting him in the back, couldn’t respond peacefully to those protesting Trayford Pellerin’s murder, and couldn’t detain a teen without assaulting him while two officers held him down. If anything, the excessive responses to the fake events posted by my meme page are just more examples in a long list of excessive responses. Be better," Merrifield said.