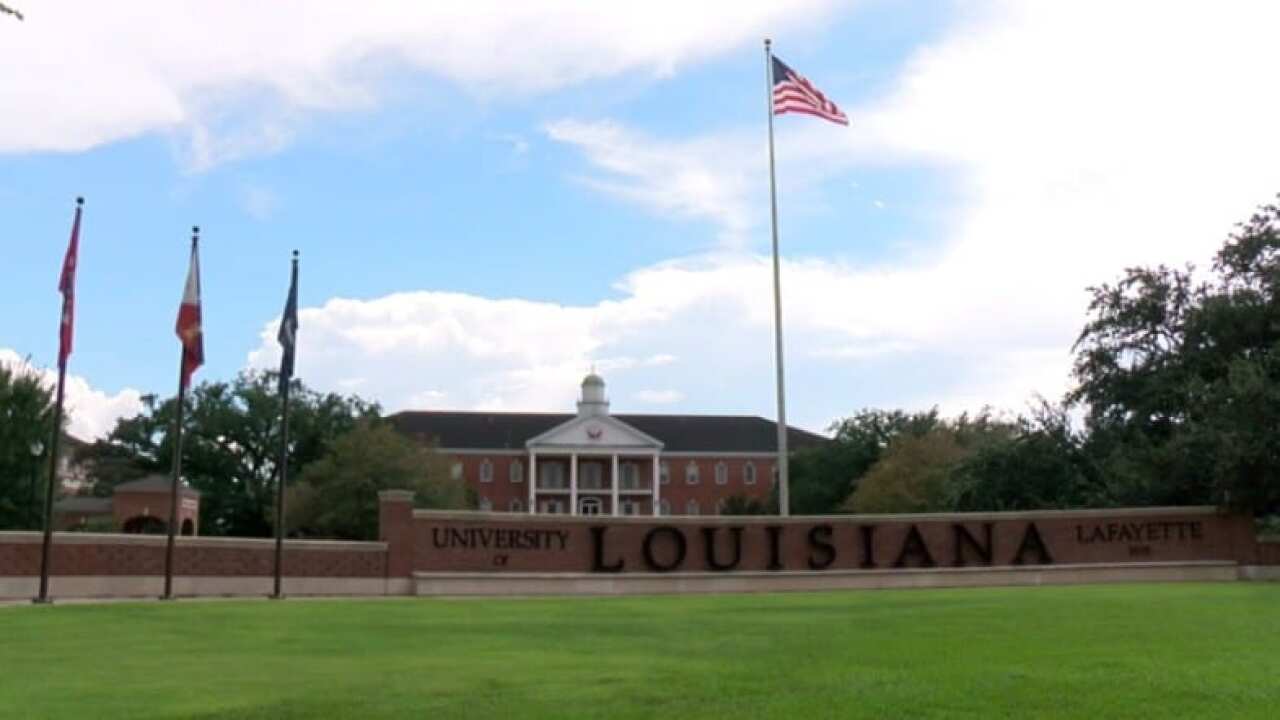 UL students have been reaching out to KATC over the past several weeks because they still have not received any grants under the CARES Act.

On Thursday, those checks are being mailed and the process of depositing those funds into accounts has started, officials say.

But before this week, no UL students had received their share of $12,686,007 in CARES Act funding sent to the university by the federal government. By law, at least half of that money, or $6,343,004, must be given to students to cover their expenses related to COVID-19 disruption on campus.

Dewayne Bowie, UL Lafayette’s first vice president for Enrollment Management, explains the university wanted to be sure that as many students as possible could be assisted, and that grant amounts could be as large as possible for those students.

To do that, UL looked at students who qualified as verified by their 2019 FAFSA application. That's a federal student aid application that students fill out. After that, UL searched for students who might qualify but did not apply for FAFSA, and asked those students to apply, Bowie says.

KATC Investigates reviewed mandatory CARES reports for other universities, and found that other schools did that - but did not halt the entire process to do so.

Bowie says UL didn't want to start handing out grants until they knew how many students qualified.

"It's a little slower than we wanted it to be, but we're making payments today," Bowie said. "Our approach may have been a little bit different."

Bowie said UL wanted to be sure students could receive as much as possible, and that as many students as possible could be assisted. So they wanted a clean number before deciding on grant amounts, he says.

UL gave those students who hadn't filled out a FAFSA application until May 15 to do so - and only after that offered a CARES grant application process to other students. The deadline to complete that online form was yesterday, June 3.

By contrast, SLCC began disbursing funds to more than 3,200 students on May 11.

Each school that received CARES funding is required to post a report about the money received and how it is being distributed. Here's the one UL posted.

Since UL has approximately 16,000 students, KATC Investigates obtained a list of universities in the same size classification of 15,000 to 25,000 students, and randomly checked their reports.

Here's what we found:

The University of Nevada, Reno reports that $5.9 million had been distributed to 11,800 students as of May 26.

The University of Delaware reports that $2.4 million had been awarded to 5,220 students as of May 18, 2020. This is one of the schools that has made immediate awards, but also is working with potentially eligible students as well.

The University of Connecticut reports that $10.1 million has been distributed to 12,181 students as of June 1. This school also is one that is working in phases by making immediate distributions and also working with potentially eligible students to help them qualify.

Virginia Tech reports that $6.8 million had been awarded to 9,801 students by June 1. This school also has a multi-phase approach, making automatic awards and working with other students who may be eligible.

Bowie says it is clear that some students who need help may not qualify for a CARES Act grant. To help those students, the University has set up an emergency fund. If you are a student who doesn't qualify for CARES but you still need help, you can find more about that program here.