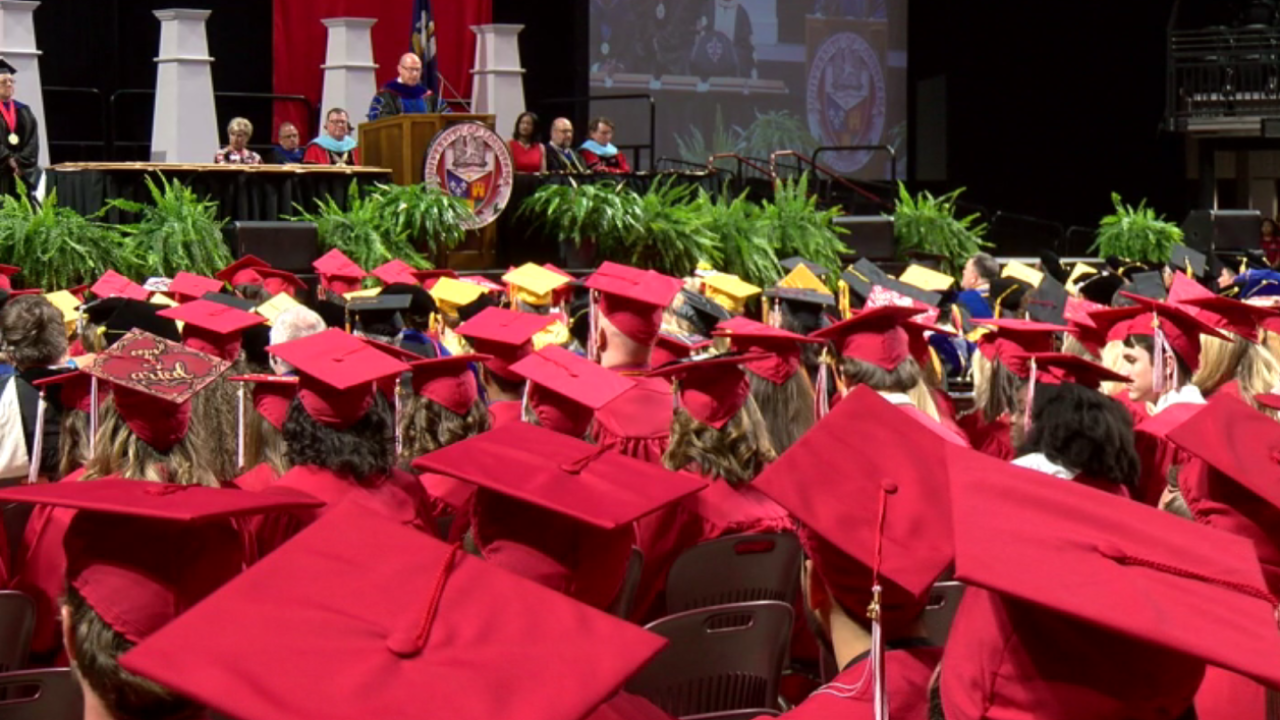 The University of Louisiana at Lafayette conferred 330 degrees during its Summer Commencement ceremony on Friday at the Cajundome.

Graduates represented 37 parishes, 20 states and 15 countries. The youngest graduate is 21; the oldest is 54.

Dr. Joseph Savoie, UL Lafayette president, told Summer 2019 graduates they had the potential to “make a difference in the communities and the lives of people you hold dear.”

Dr. Jeffrey George, an associate professor of guitar studies in the School of Music and Performing Arts [u7061146.ct.sendgrid.net], was the Commencement speaker. He was honored with a Distinguished Professor Award in April.

George reminded graduates that “success is a journey. It’s not a destination.”

“The truth about goals is the closer you get to actually reaching them, the more they change, unfold and grow,” George said.

The University held its first summer ceremony since 1949 in 2014. Summer Commencement was reintroduced to give graduating seniors an opportunity to participate in a ceremony without having to wait until the end of the fall semester.