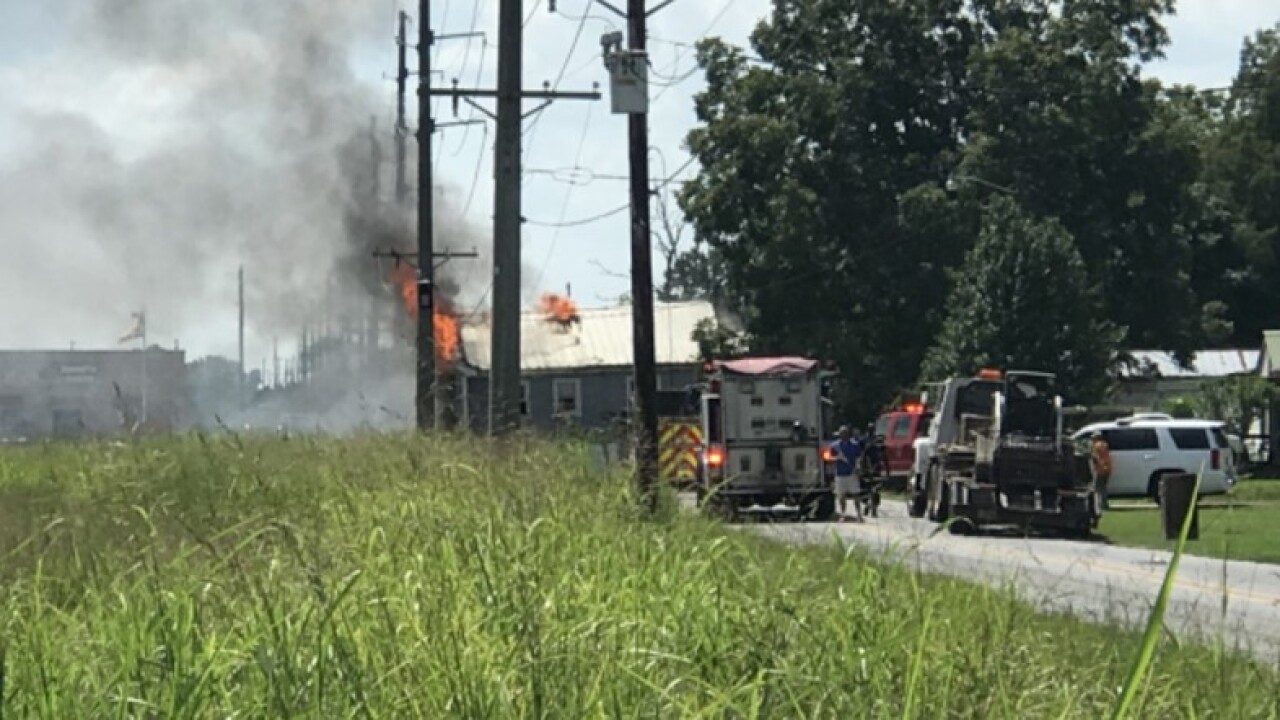 SCOTT, La. - A truck carrying a house struck a power line and the home caught fire in the 700 block of Old Spanish Trail Monday afternoon. The roadway was closed for several hours but has now been opened.

After the fire was extinguished, the house was moved from the roadway. The building will be demolished Tuesday mornings. Old Spanish Trail is still closed in the area.

Scott Police Chief Chad Leger says a moving company was moving a house from Timmy Street and headed west on Old Spanish Trail at around 2:00 pm Monday when the fire broke out.

The roof hit a power line which was not lifted high enough according to Leger. A surge went through the home and caused the wheels of the vehicle to burst and catch fire. That fire then spread to the cab of 18-wheeler and trailer and then moved to the home being transported.

The route was approved before moving the home and a State Police escort was traveling with the over-sized load.

No injuries were reported but residents in the area were evacuated including a daycare near the scene. Parents were notified and allowed access to the school to pick up their children. No other damage to property surrounding incident.

Several power lines were downed and the power was shut off for crews to work at the scene. The power was restored by Entergy at around 7:00 pm Monday evening.

Water was distributed to the workers on scene to make sure that no one suffered any heat related issues. Leger stressed for anyone outside and working in the heat to stay hydrated and monitor their water intake to stay safe.

The investigation will now be handed over to the fire department.

Scott Police Chief Chad Leger says he’s getting water for the first responders on scene. In this extreme heat, it’s important for everyone to stay hydrated. Once he takes care of the crews, he will update us on the fire. @KATCTV3 pic.twitter.com/Pd7Oahi856

The Facebook live below shows the flames and smoke coming from the home and vehicle as crews worked to put out the fire.