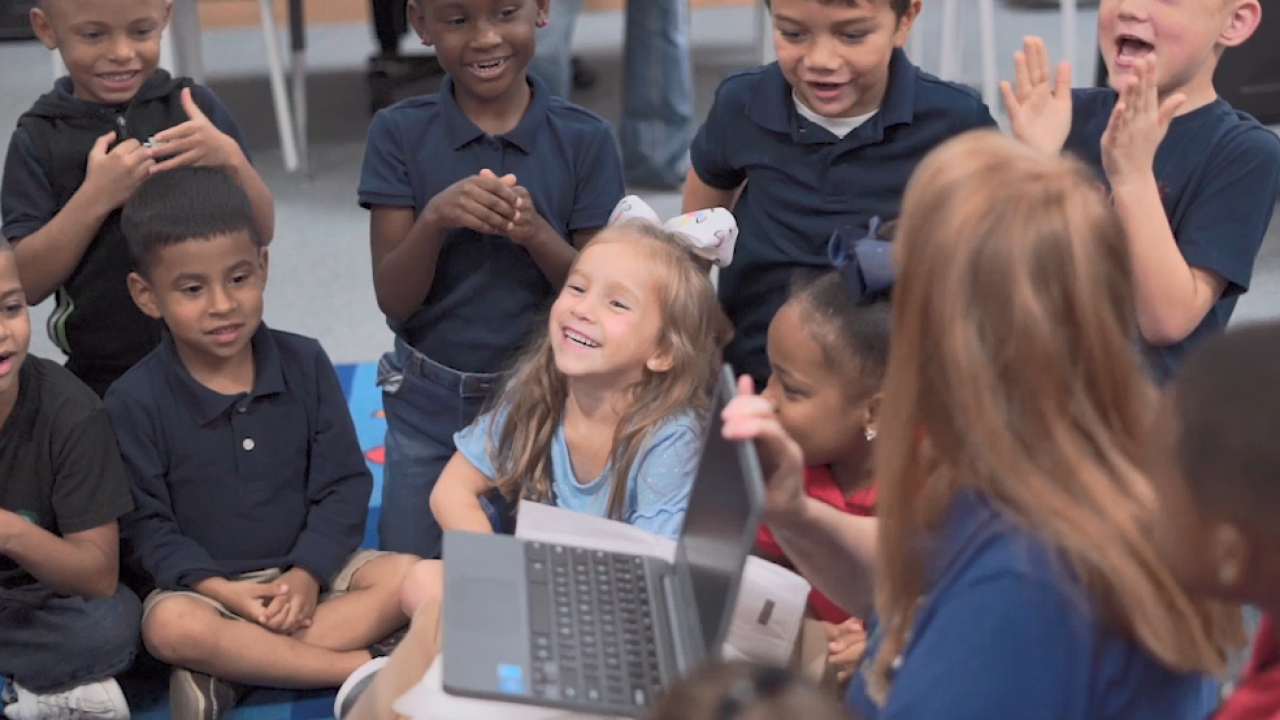 We brought Chromebooks to Terry Hill's classroom. Tools for Schools are brought to Acadiana's children by the Jim Olivier Family of Companies.

"Chromebook is kinda like computer and you can play games on it. Computers we learn how to read and put and how to spell. Like fan is f – a – n," said student Sedarian Randle.

"We received Chromebooks today one of our parents nominated us and we were chosen as part of the Tools for Schools program to receive Chromebooks. I plan to use it as an intervention for our students that need a little bit of extra practice and also for our student that excel I’d like to offer them an enrichment opportunity," said teacher Terry Hill.

It was Christina Romero who nominated the class.

"I nominated them because Mrs. Hill is awesome. I mean she has done a great job so far and the kids need it. I mean it helps, it really does. The more the class has the better off all the kids will be. For a couple of years now I’ve nominated quite a few times. So it was very exciting to get the phone call this year. Channel 3, I swear by Channel 3. Morning, noon, night, we watch it every day," Romero said.