Protesters' display at Gen. Mouton statue remains up after threat to be taken down 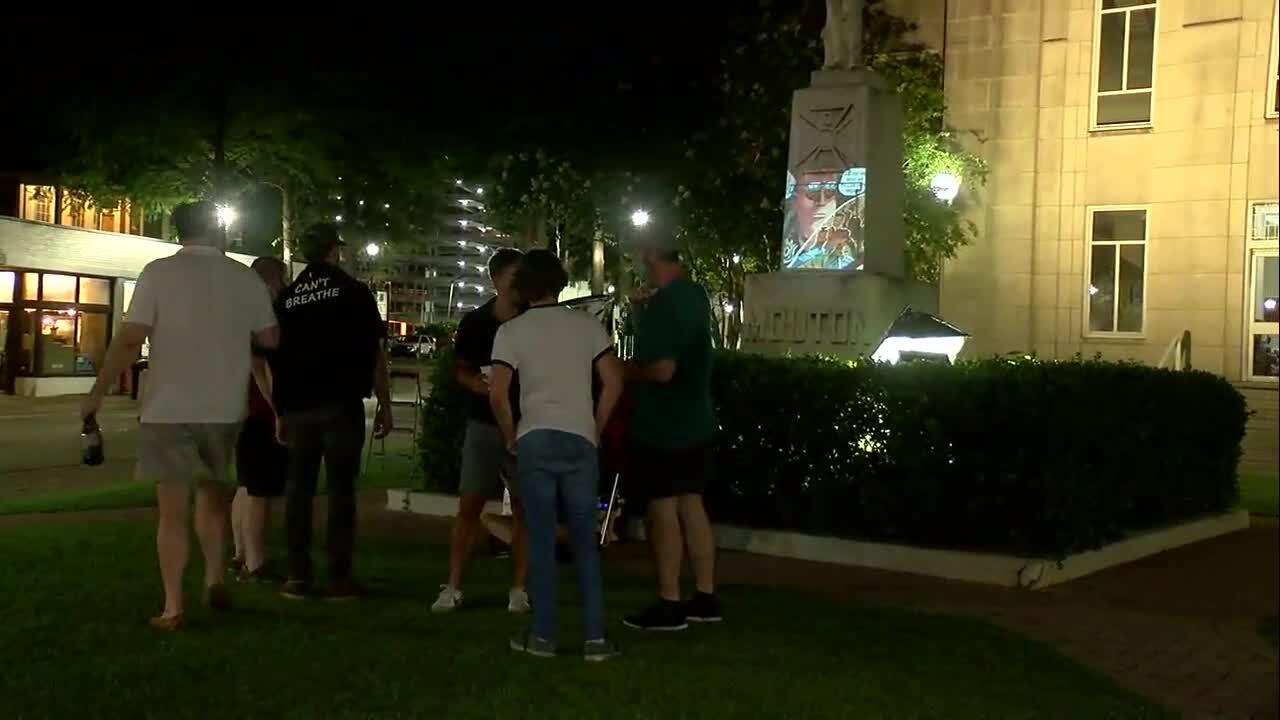 A handful of people remained at the General Alfred Mouton statue in Downtown Lafayette Friday night after a rally earlier in the evening.

Just an hour earlier, it was a much different scene.

Protesters told KATC that at one point about 45 minutes after the protest ended, Lafayette Police on scene asked organizers if they could remove shades that allowed images to be projected onto the statue.

Protesters reportedly refused to do so. Shortly after, several LPD officers arrived on scene including, eventually, Interim Chief Scott Morgan. Chief Morgan allegedly took the shades down from the statue, but an attorney on scene put them back up.

Both parties eventually came to a compromise - they agreed the shades weren't a hazard and LPD allowed them to remain up.

Protesters tell us they plan to return to the statue each Saturday until the statue is down for good.