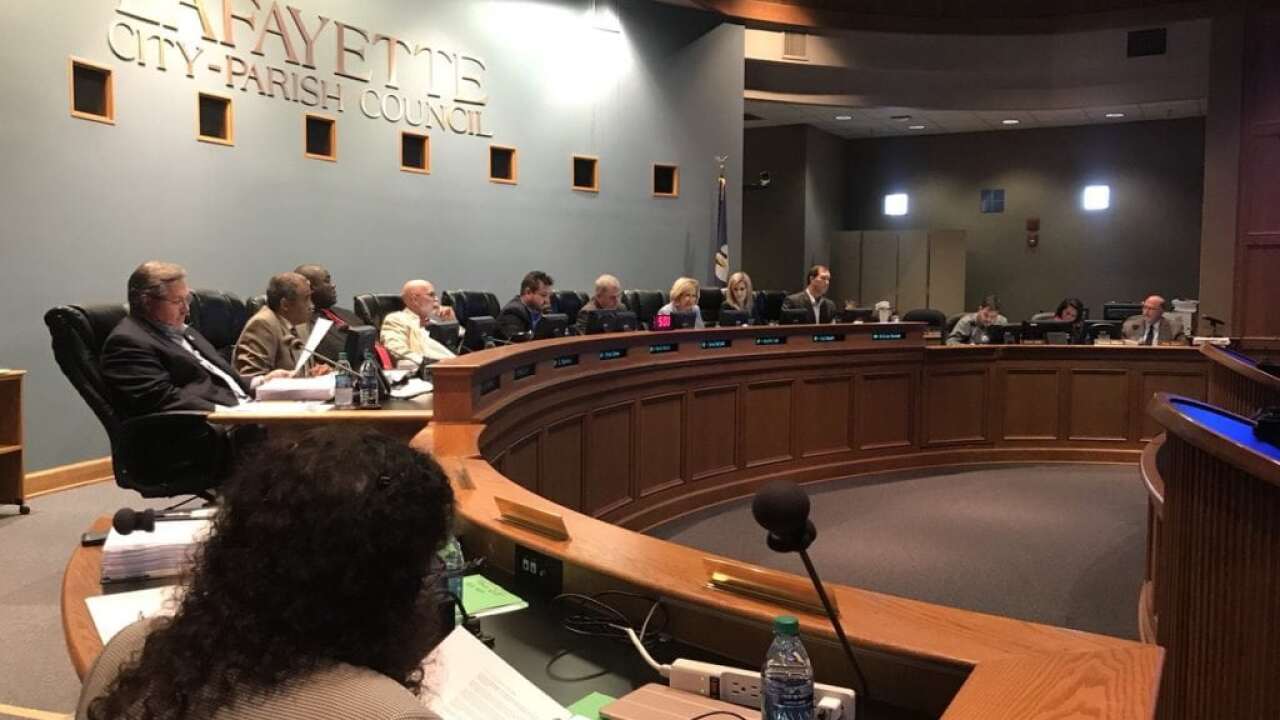 A special meeting has been set for Thursday, when the Parish Council will reconsider an ordinance vetoed last week by Mayor President Josh Guillory.

Two weeks ago, the parish council approved a tax increase of about $35 per property per year to help fill a shortfall in tax collections. Councilmen Tabor, Naquin and Rubin voted for it. Councilman Carlson voted against it, and Councilman Guilbeau was absent.

In order to override Guillory's veto, four councilmen would need to vote for it.

That increase would have paid for roads, bridges, drainage, and the courthouse complex among other items.
Guillory, citing issues he had with the funding for libraries, the health unit, and "CREATE," vetoed the ordinance.

Lafayette Parish Assessor Conrad Comeaux already is warning of the consequences that could come after the Mayor-President vetoed a property tax increase.

"With parish government, it's already strapped for money and this may just force additional cuts. I don't know where all this is going, but it'll be interesting to watch,” said Comeaux.

Comeaux says right now the parish has only about $50,000 in its reserve fund.

He says that lack of money is causing a trickle down effect for parish agencies like the library, putting them in a bind.

"What that forces the library to do is use their fund balance. If their revenues aren't strong enough at that point to continue, then they'll have to end up closing some libraries,” said Comeaux.

He also said the parish would have to cut positions created to fix roads and bridges. Comeaux is urging parish leaders to find a solution before that becomes a reality.

"There needs to be more of an holistic approach in looking at revenue streams into the future because next year could be worse than this year revenue wise,” said Comeaux.

To read our story about the veto, click here.