Shoppers Value on University Avenue closing at end of February 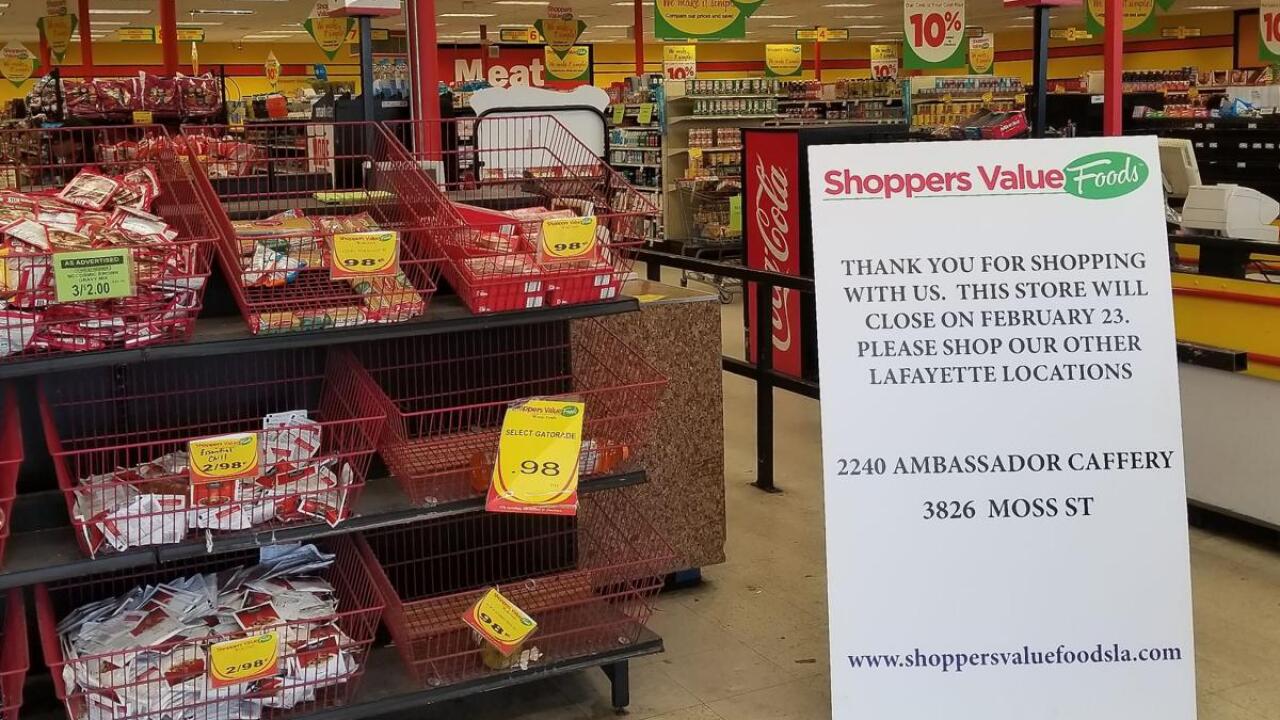 LAFAYETTE, La. — Shoppers Value on University Avenue will be closing at the end of the month.

According to The Advocate, the closure comes after Shoppers Value Foods filed for Chapter 11 bankruptcy in December 2019. Read that here.

The closure will happen February 23, according to a message at the building's entrance. With their departure, Super 1 Foods on the Evangeline Thruway will be the only grocery store on the north side of the city situated south of I-10, the paper reports.

The Advocate spoke to the store's general manager who says that the store was old and run down, needing repairs and upkeep.

There are two other locations that are still open in Lafayette, located on Ambassador Caffery and Moss Street.