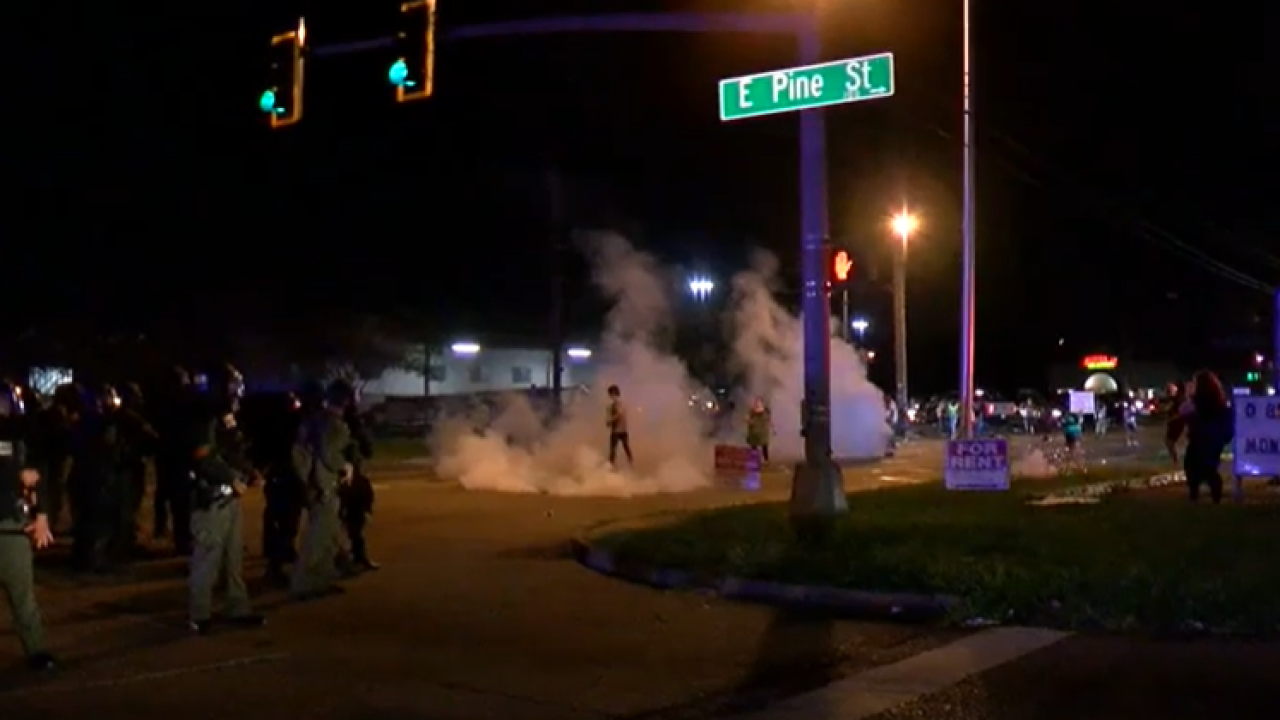 Lafayette residents scheduled a rally in support of Trayford Pellerin's family after he was killed at the Shell station on Evangeline Thruway on Friday night following an officer involved shooting.

Three officers have been placed on leave since that night; we couldn't get confirmation that the three were put on leave in connection with the shooting. Read more about that HERE.

Despite the organizers telling protesters not to, the Evangeline Thruway was eventually shut down in both directions as protesters moved into the roadway.

Later in the night, at Moss Street and Pine Street, protesters gathered near the police substation on Moss Street. A standoff ensued with the SWAT team, and after warnings were given, canisters were fired off that displayed a flash of light and heavy smoke. Protesters soon dispersed afterwards.

The NAACP also called out the "paid actors" brought into Lafayette that caused trouble at the protests, including starting fires.