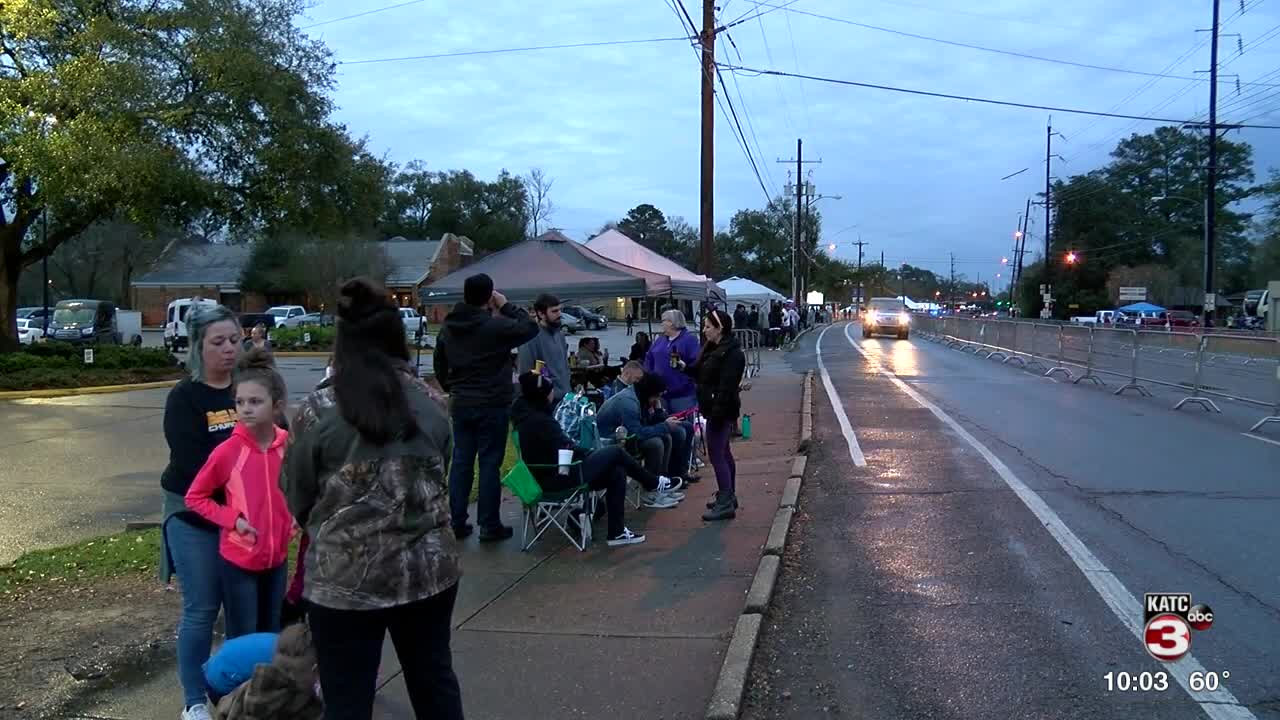 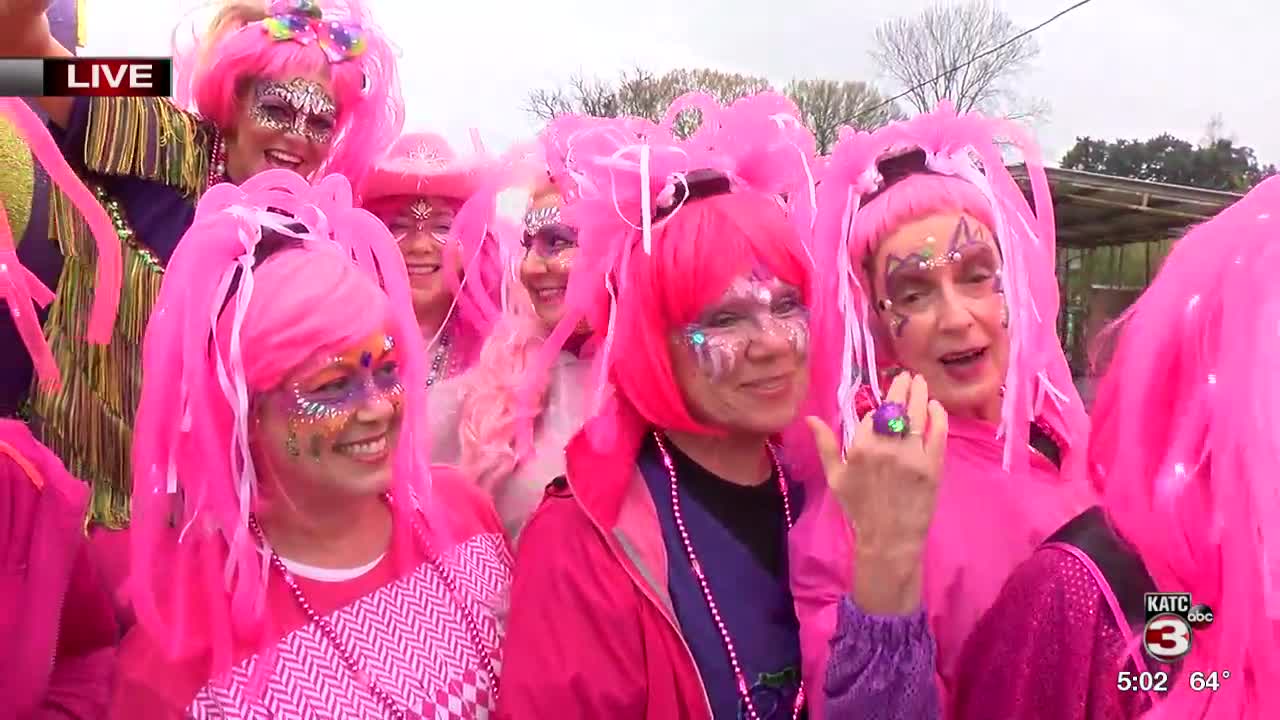 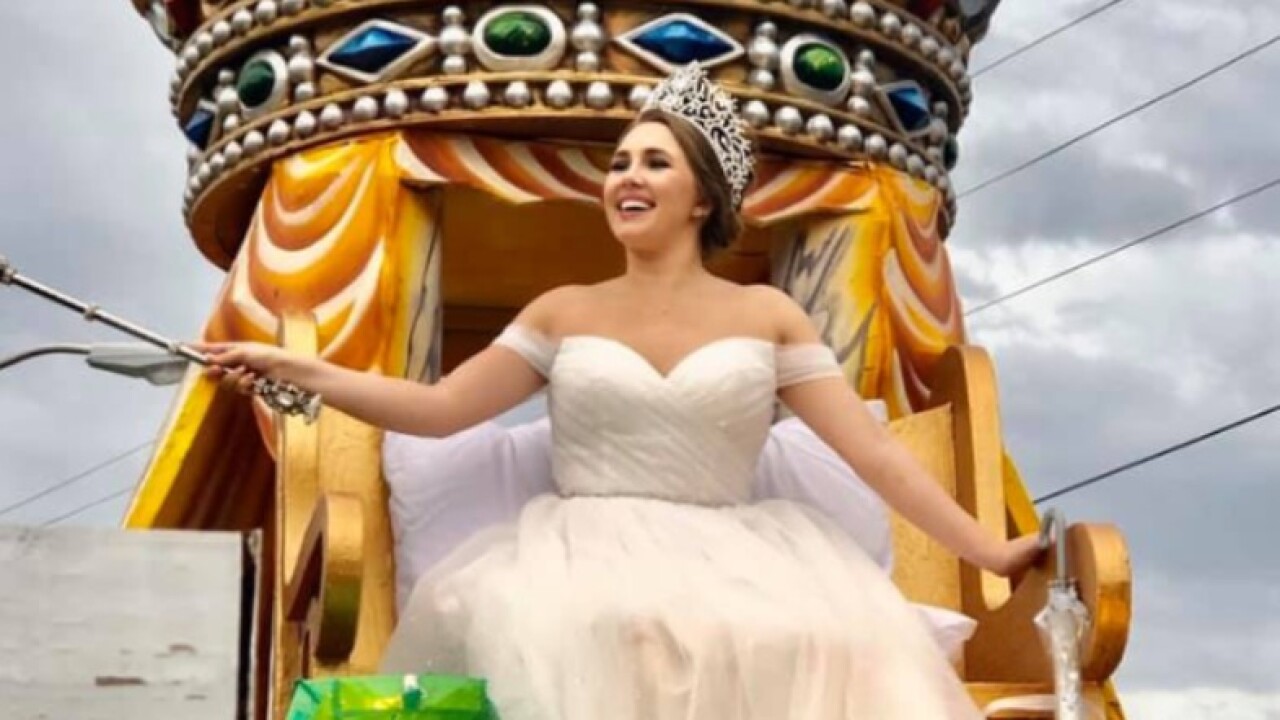 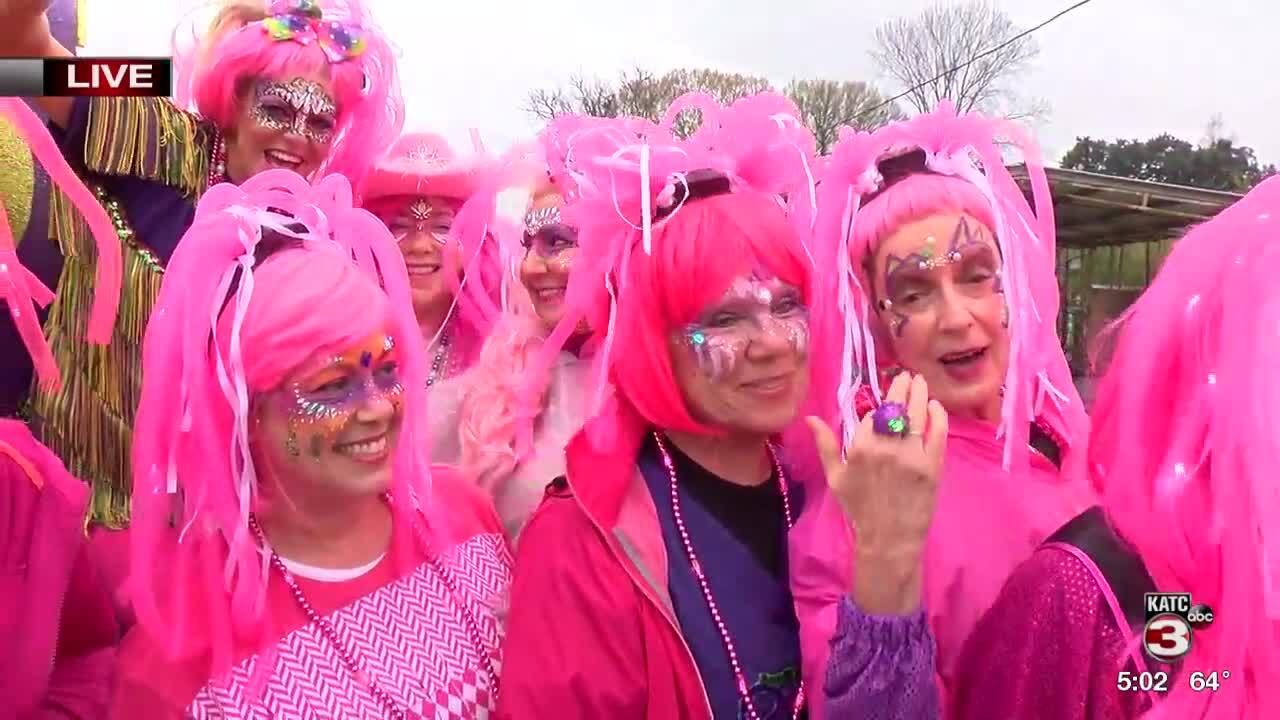 Hundreds were gathered along the parade route which started of Jefferson Boulevard and Simcoe Streets. Along the route, dozen's braved the stormy weather hours before the floats rolled.

"You still go out and have fun because it rains all the time here, especially during Mardi Gras; it seems to rain a little bit more. So, I was like, 'You just put your ponchos on, and you come out and enjoy it anyways," Jennifer Buck said.

She along with others came prepared with essentials to stay dry and have fun.

"A tent, some extra socks or shoes, and a big jacket and a small jacket," Jayden Venable added.

Luckily, revelers didn't need to sit through the rain as the parade passed. Showers slowed down, leaving the parade route a bit damp as Queen Evangeline made her way to Cajun Field.

"I say still come out, put your poncho on, bring snacks, bring your kids. Let them splash around in their rain boots. It's really fun," Buck said.

The Krewe of Triton immediately followed the Queen's Parade. Grace Zehnder reigned as Evangeline LXXXI, Queen of Carnival at the parade tonight. More about the Queen and King Gabriel.

KATC's Float Finders were at the parade. View some photos from the parade route can be viewed below:

Queen’s parade in Lafayette now at the corner of Lee Avenue and E. vermilion Street ! pic.twitter.com/d4ptn983P9