Protester who held cookout in front of mayor's home speaks 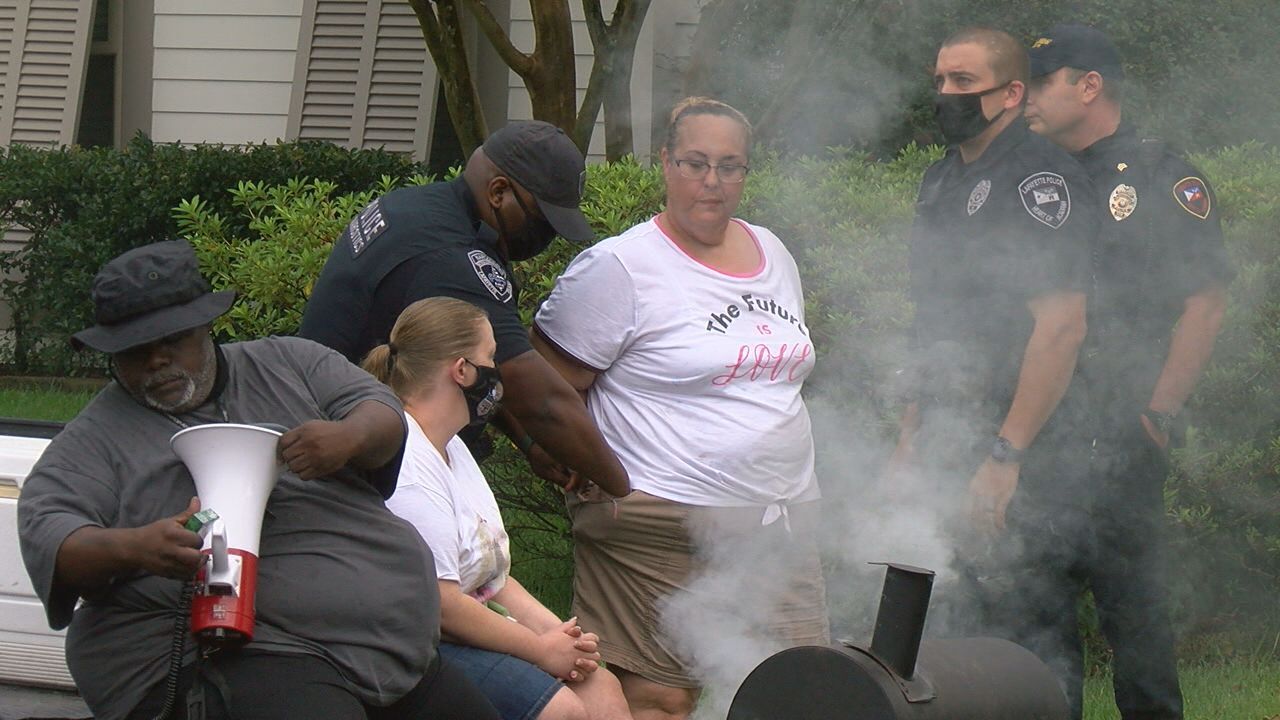 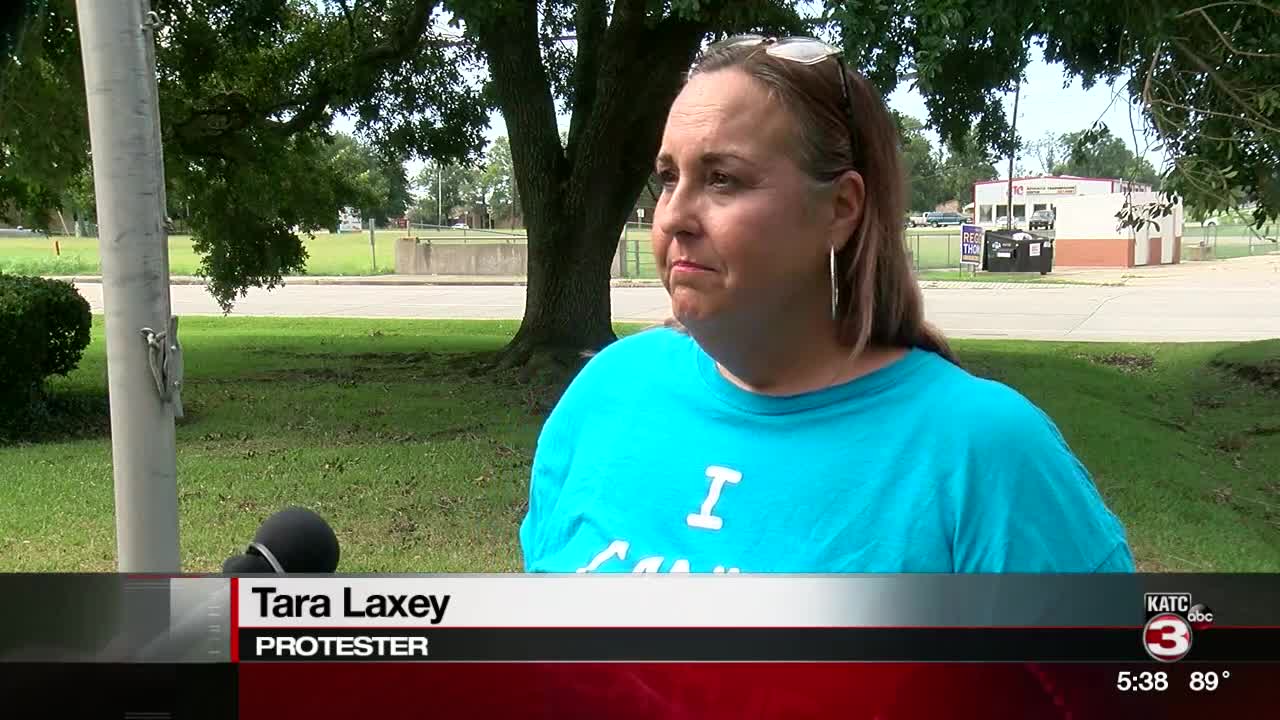 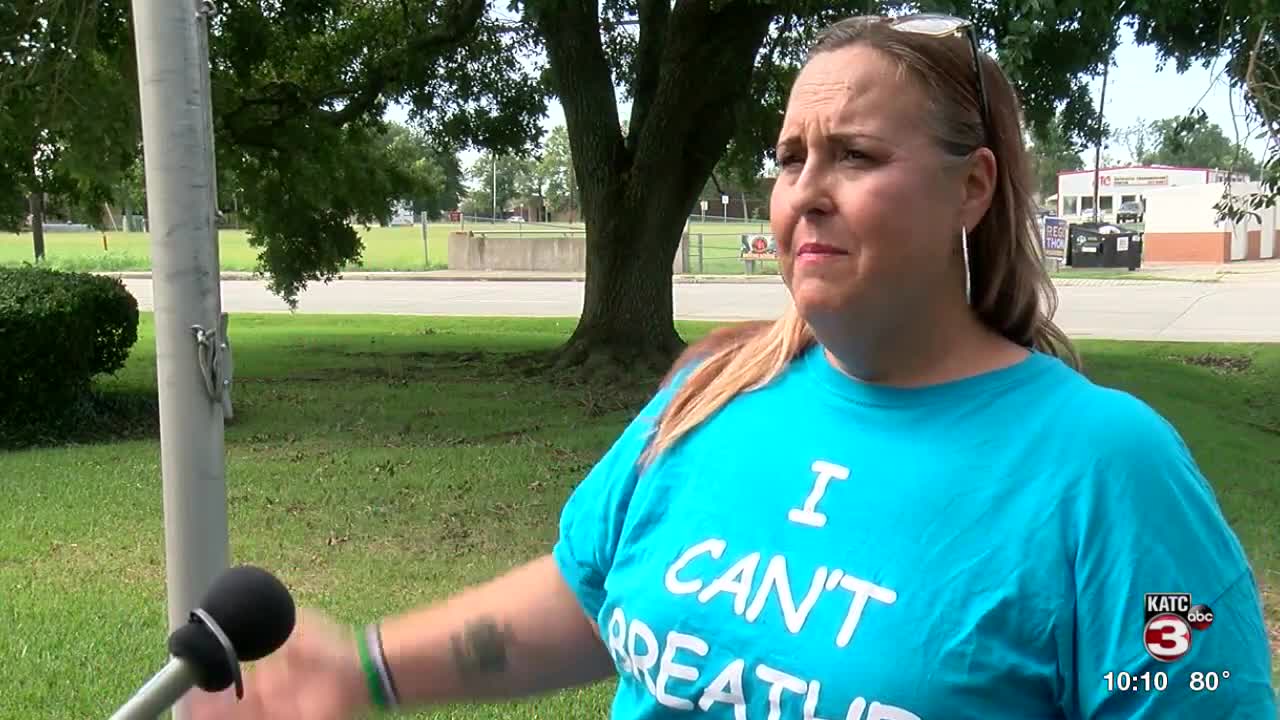 LAFAYETTE — The woman arrested after barbecuing in front of Mayor-President Josh Guillory's home on Saturday says she will use her new platform to get attention to the case of Trayford Pellerin.

Pellerin, 31, was shot and killed by Lafayette police officers outside an Evangeline Thruway convenience store on August 21. That shooting led to mass protests over the following week.

Tara Laxey, 46, was booked on disturbing the peace and obstruction of public passages charges after her cookout in front of the mayor's home. Laxey, who has been involved in previous protests surrounding both the Pellerin case and the Guillory Administration's now-reversed decision to close four Northside recreation centers, says she wanted to use the barbecue as a chance to open dialogue with Guillory.

According to Laxey, members of Guillory's administration knew about her plans.

"(Chief of Minority Affairs) Carlos Harvin called me (Saturday) morning asking me if I was still going to do it," Laxey said. "I told him, 'yes,' I was. He said, "I'd like to be invited. I'd like to be able to maybe speak if you come and try to heal because the Northside is in mourning over Tray.' I said, 'You know what, I invite you. Come."

Laxey says she picked the location because she and others in the community felt that Guillory wasn't comfortable meeting them on their turf. They hoped the offering of grilled hamburgers and hot dogs would be welcoming to Guillory and his neighbors and open dialogue about the Northside's concerns.

"We wanted him to feel a bit uncomfortable," Laxey said. "We feel that on the Northside of town, we have been ignored. Even through the budget, the recreation centers and the 37 parks and recreation jobs that are being lost, the way (Guillory) called Trayford 'the individual,' the way that he didn't take it upon himself to call Trayford's mom to give his condolences, we feel like he's ignored us (and) that he doesn't want to represent us."

Laxey says Harvin left after getting a call from Guillory. According to her, police arrived minutes later to end her protest and to take her into custody.

Laxey maintains the protest cookout was peaceful. Guillory described the incident as "inappropriate" and said it was a "tragedy" that his wife and children had to "witness" Laxey barbecuing in front of their home.

"There was not shouting, no megaphone action, no signs, no protesting, (and we were) not on his lawn," Laxey said. "Everything was done on the street and not directly in front of his house, but between him and his next door neighbor's house," Laxey said.

Laxey says she and other protesters are resorting to other peaceful, non-violent forms of demonstration because it seems to them that Guillory is ignoring the pleas they've made during city and parish council meetings. Still, Laxey says she's not surprised her barbecue protest attracted as much attention from police and others as earlier demonstrations had.

"It directly affected our mayor-president," Laxey said. "The choices he makes, even with the budget or trying to close the rec centers, are basically dehumanizing Trayford. It needed to be done, and I'm not surprised he tried to make an example out of me with calling the police."

Laxey bonded out late Saturday night after her friends raised enough money to post bond. As a condition of her release, she cannot go near Guillory's home. Still, Laxey says she will continue to go to council meetings to make her voice heard. In the meantime, she has this message for Guillory and members of the city and parish councils.

"Shame on you," Laxey said. "That's it. Shame on you. You're our leaders. You represent us. Where have you been with us in this process with losing Trayford--the mourning process? We're angry. We're hurt. We're confused. We're not getting the answers--and I understand there is an investigation--but where are y'all? Where are y'all?"