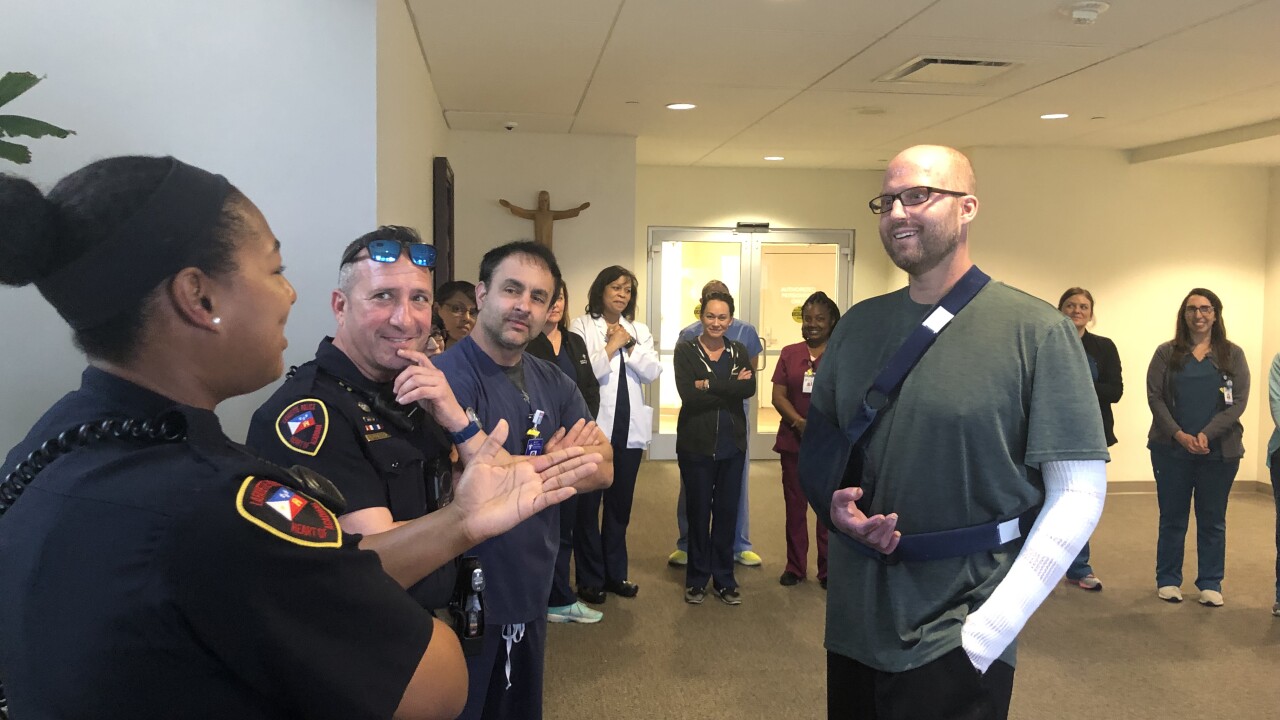 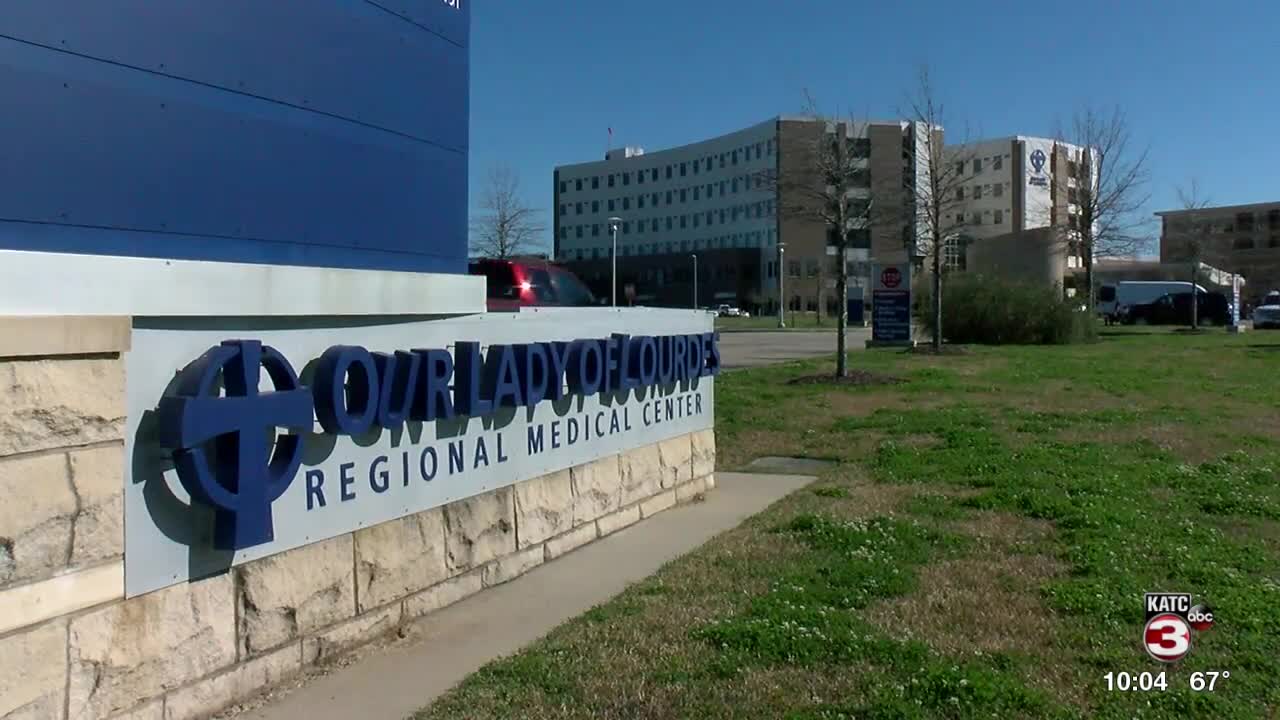 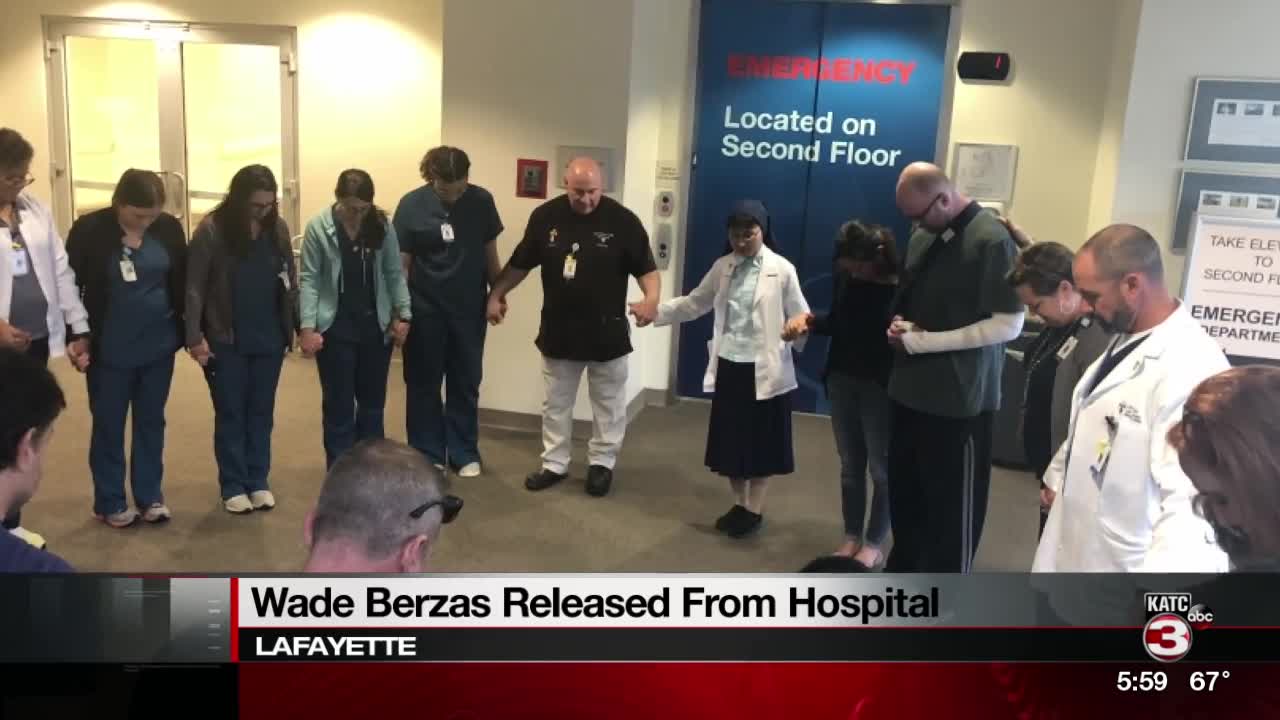 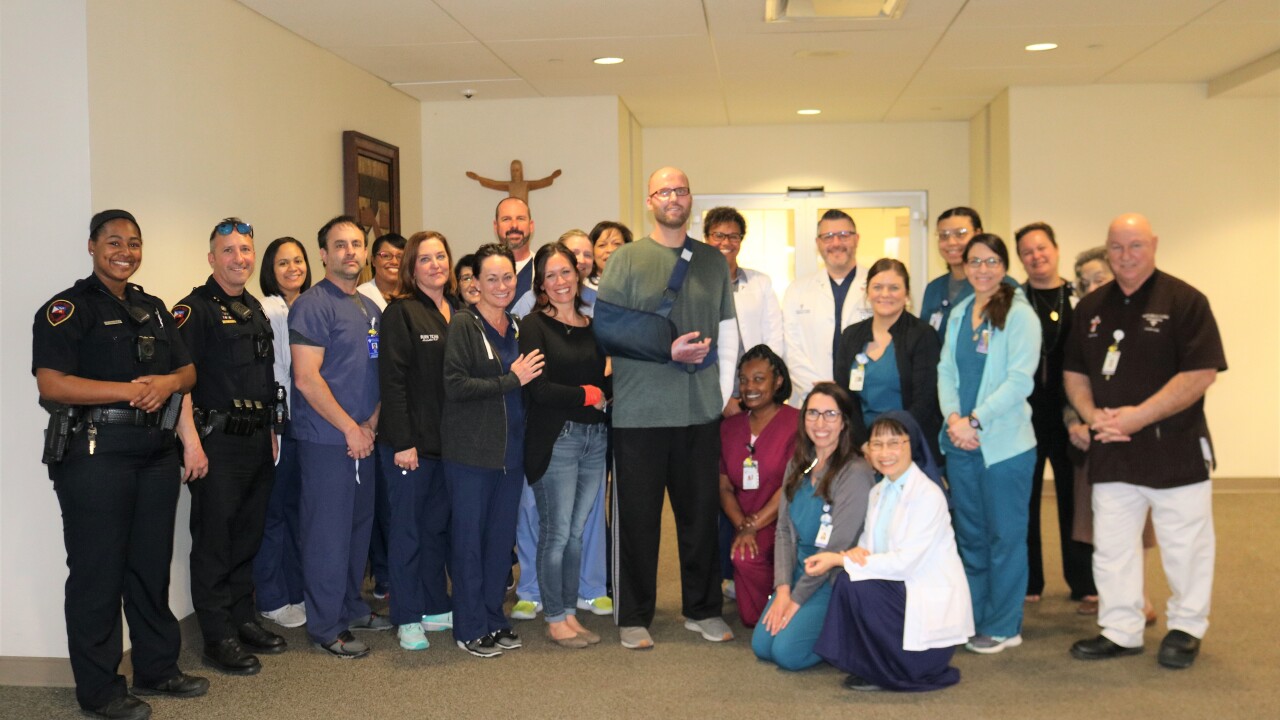 LAFAYETTE, La. - Stephen Wade Berzas, the lone survivor of a December plane crash in Lafayette, has been discharged from the hospital.

After 52 days in a hospital, Berzas was released Monday afternoon to fully recover at home with the support of his family and friends.

Berzas was brought to Our Lady of Lourdes Regional Medical Center after the crash with burns over 75 percent of his body. His medical providers also said he had a shoulder dislocation and lacerations to his head.

We will always be grateful for the thoughts and prayers offered on our behalf during this time of healing. Your prayers were deeply felt, and we believe contributed to the success of Wade's recovery. Thank you for allowing us the privacy we need to focus on the road ahead. We are truly overwhelmed by your love for our family.

Statement from Wade and Mackenzie Berzas

Wade exceeded every goal we set for him and progressed faster than we anticipated based on his initial injuries. Everyone in our burn unit took part in his care and rallied behind him in this unique situation. It speaks to the perseverance and faith of a family and the quality of the care team we've assembled in our burn unit. We couldn't be prouder that he is going home today.

By January 6, his condition had been upgraded from critical to serious. Doctors told us that his age and overall good health have been a factor in his improvements.

Berzas was the only passenger who survived a plane crash that happened on December 28. Another person, Danielle Truxillo Britt, was not on the plane, but was severely injured when the plane crashed.

To see a press conference hosted by Lourdes soon after the crash, click here.

The plane crashed shortly after taking off from the Lafayette airport. Those onboard were en route to the LSU football game. The people who died in the crash are: Ian E. Biggs, 51; Robert Vaughn Crisp II, 59; Carley McCord; Gretchen Vincent, 51; and Michael Walker Vincent, 15. Gretchen was Michael's mother. Biggs was the pilot. To read about the people who died, and see tributes posted by friends and family, click here.