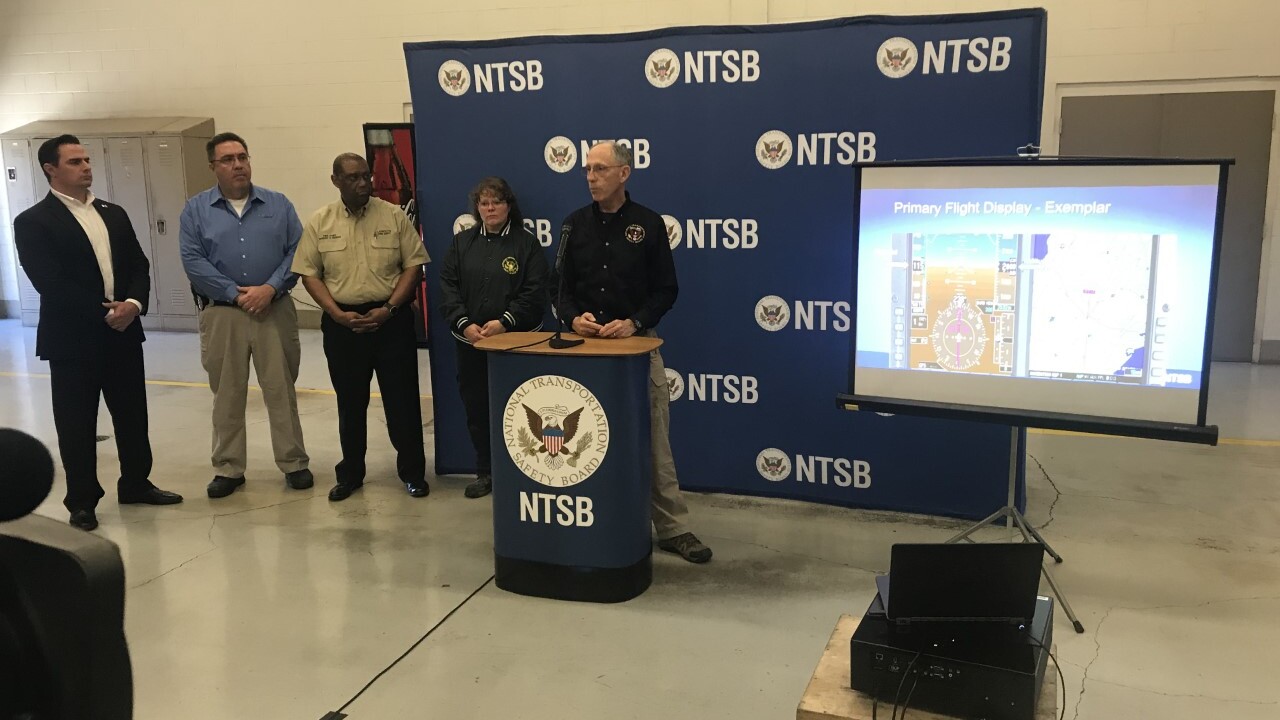 The NTSB has held its final Lafayette briefing on the plane crash that left five people dead last week.

NTSB officials say they are still looking for witnesses; if you saw the crash please contact investigators via email at witness@ntsb.gov.

The plane took off from the Lafayette airport and reached about 900 ft altitude before it executed a sharp left turn and began to descend. Officials say there was no distress call.

Because of the type of plane it was, there was no cockpit recorder, Landsberg says.

The weather was overcast, but flyable, Landsberg says.

Other avenues of investigation will include looking at the plane's maintenance records, any recalls on the plane, the pilot's flight logs and the fuel. The pilot just had his medical exam last month, and at that time reported he had 1,531 hours total flight time, Landsberg says.

The engines will be shipped back to the manufacturer, where they will be torn down under the oversight of an NTSB specialist. That examination should determine if the plane was on full, partial, assymetrical or no power at the time of the crash, Landsberg says. There has been speculation that there was no engine sound, but a witness with aviation experience reported hearing the engine. Investigators also will want to look at the weight and balance at the time.

The preliminary report will be ready in about 2 weeks; the factual report about 12 months, Landsberg says.

"It takes as long as it takes to be sure we get it right," he says.

The final report could be ready within 12 to 18 months, assuming investigators are able to get the information they need.

The small plane headed to the LSU game in Atlanta crashed in the parking lot of the post office on Pinhook Road Saturday morning. Five of the six people on board the plane were killed. It happened about a mile from the Lafayette Regional Airport near the intersection of Feu Follet and Verot school Road, just after 9:00 a.m.

Authorities say there was a small fire involving the plane and one vehicle was fully engulfed. Both fires were quickly extinguished and a search and rescue was conducted.

The plane was a Piper Fixed Wing Multi-Engine aircraft.

The people who died in the crash are: Ian E. Biggs, 51; Robert Vaughn Crisp II, 59; Carley McCord; Gretchen Vincent, 51; and Michael Walker Vincent, 15. Gretchen was Michael's mother. Biggs was the pilot. To read about the people who died, and see tributes posted by friends and family, click here .

Also injured in the crash was Danielle Britt, who was badly burned. She was bringing donuts to her husband, who works at the Post Office, when the crash happened. To read about a crowd funding account set up to help her, click here .