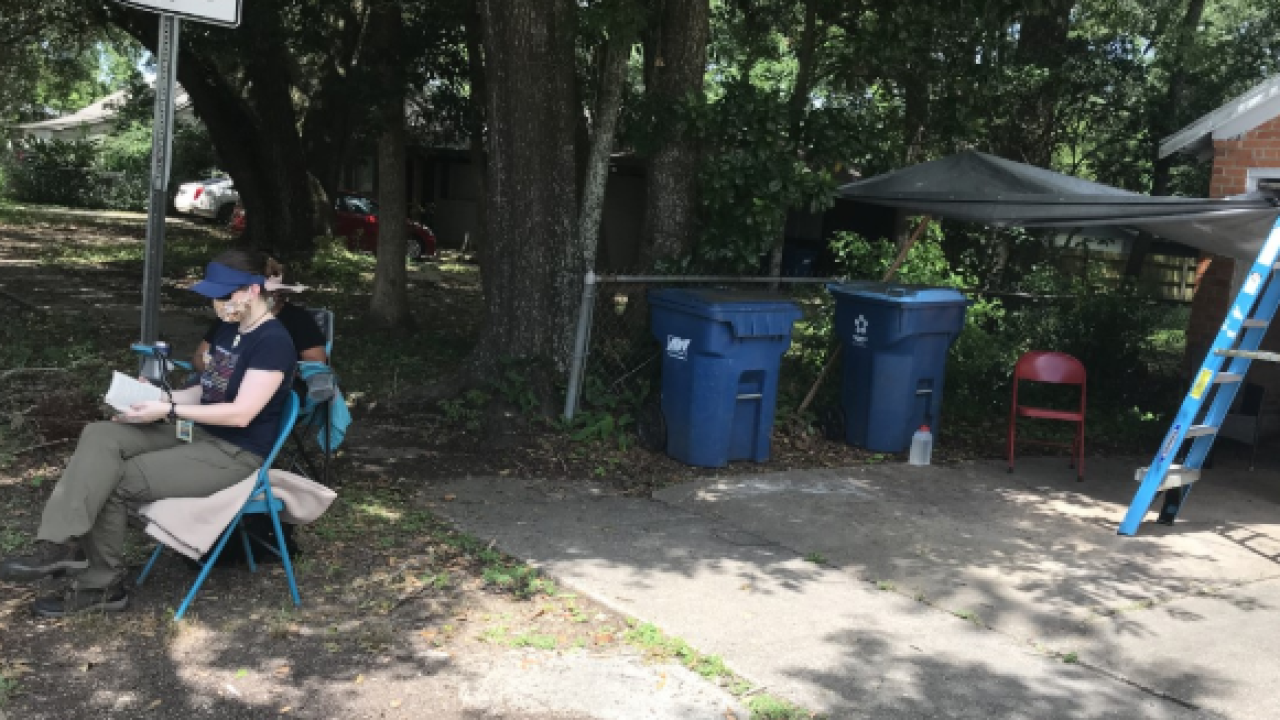 Several people sat outside a Lafayette church this morning, sweating in the June Louisiana heat, waiting for nothing to happen.

And nothing happened - and that's good.

Yesterday, lawn care workers on the church property found a duffle bag with a weapon, ammo, clothes and a cell phone in it. The police came to check it out, and Brian Schneider and Kelly Clayton, who live next door and were working outside, saw them pull up.

Clayton, who has attended services at the University Avenue church, spoke with church leadership about it, and she said she felt it was important to have someone just watching the church during services.

Schneider took to Facebook, and asked neighbors to come with them to the church today during services and just keep watch. Several did, along with Clayton and Schneider.

"We just decided to sit out here, and just watch over in case something were to happen," Schneider said. "We hoped nothing would, and nothing did."

Clayton said it's important to stand with your neighbors, and she didn't want anyone in the church worrying about what might happen outside.

"We didn't expect anything to happen, but everybody should feel free to not have to worry about being hurt when they're trying to pray, and sing, and worship," she said. "We just felt this was the right thing to do, this is a community and you support each other. You support your neighbors."

Posting memes and making statements on social media is good, but to make a difference more is required, she said.

"Love is a verb. It's actions that we do for one another, not what we say, not what we post online. And posting online is great, but you have to back those statements up with actions," Clayton said.

We've reached out to Lafayette Police for the latest on this investigation, and will update this story as soon as we have more information.