The sheriff's office is asking for more funding from city-parish council for juvenile program and housing city prisoners. 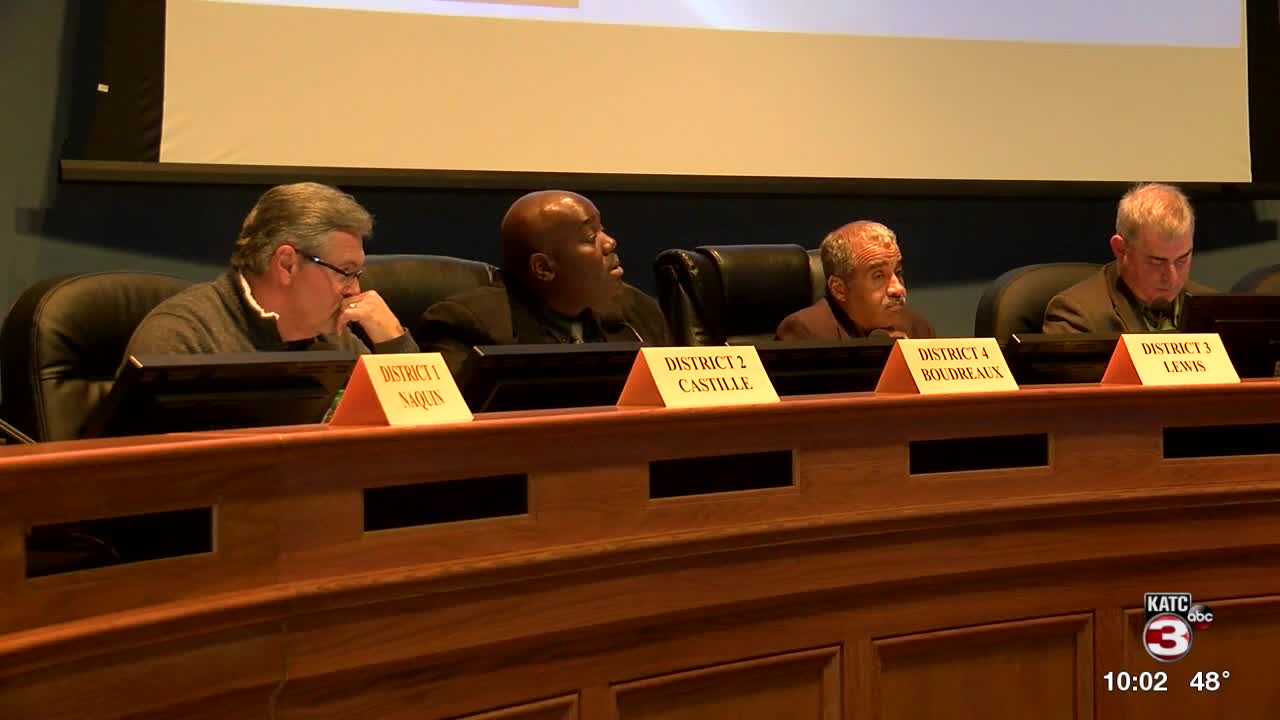 The Lafayette Parish Sheriff's Office is one step closer to receiving additional funding for their department. 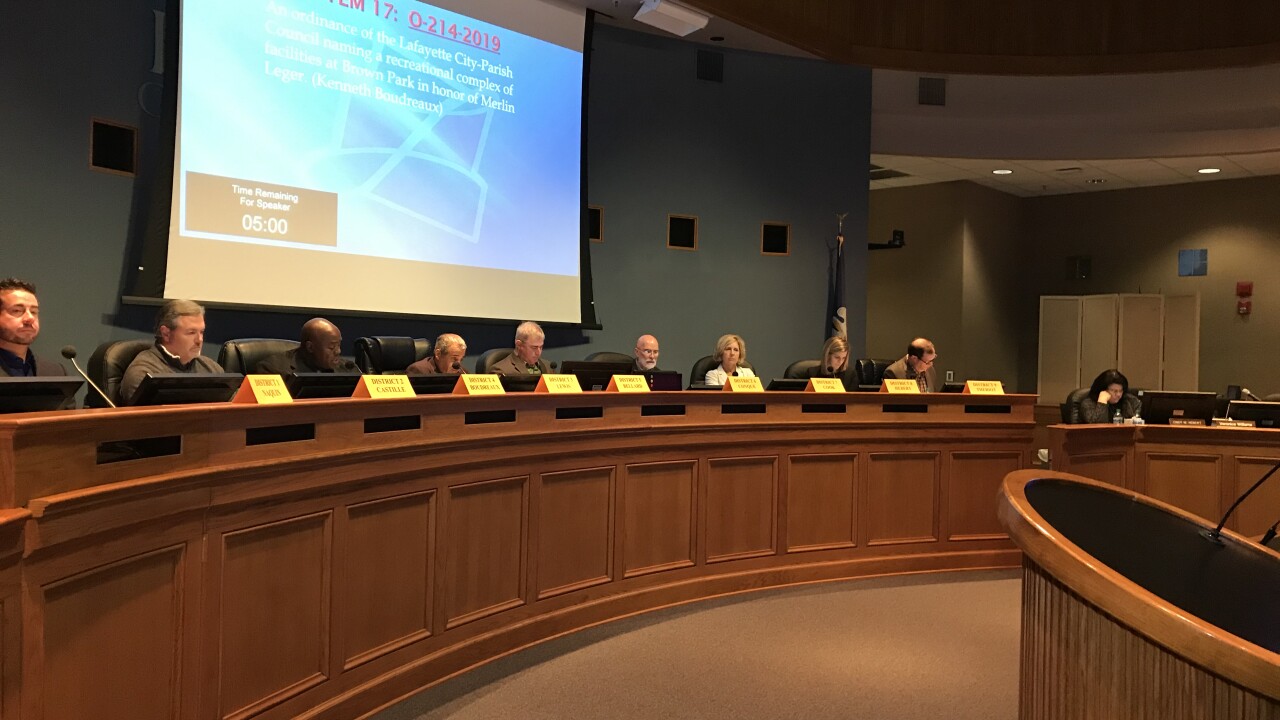 LAFAYETTE — The Lafayette Parish Sheriff's Office is one step closer to receiving additional funding for their department.

Council members voted unanimously to approve all ordinances that were up for introduction.

The council will consider redirecting $601,546 from the Juvenile Detention Home to the Juvenile Assessment Center.

About two weeks ago, the sheriff's office shut down the center because of a lack of funding from Lafayette Consolidated Government.

Boudreaux declined an interview pending a lawsuit the sheriff's office filed against LCG in November.

Another introductory ordinance would give the sheriff's office additional funding for housing city prisoners.

The council will vote on the ordinances at the next meeting on Dec. 17.

Just after the start of the Lafayette City-Parish Council regular meeting, an item to approve $5 million for dredging the Vermilion River was deferred indefinitely.

However, District 7 Councilwoman Nanette Cook addressed the deferment and stated that the money was still available and was still set aside for the dredging.

“The Vermilion River dredging project is not, not going forward,” Cook said.

The LPUA unanimously approved a companion vote to give a five percent pay raise to all LCG employees.

That raise will now go into effect on Dec. 16, which will be the last pay period of the year for LCG employees.

Before the vote, District 6 Councilman Bruce Conque asked Mayor-President Joel Robideaux directly if he would veto the ordinance.

Robideaux responded that he would not veto the measure.

Asked by District 8 Councilwoman Liz W. Hebert about the financial concerns that the raises would have on the city general fund, LCG Chief Financial Officer Lorrie Toups responded that after more review of the raise’s financial impact, it would cost the city about $100,000 less that previously thought.

“We still have a large mountain to climb,” responded Toups. “It’s hard for me to say that this raise alone will put us in any worse shape than we’re already in.”

Hebert also did not introduce any ordinance to call for an independent audit into LUS and LUS Fiber after Robideaux made a presentation at the last LPUA meeting on Nov. 19.

KATC spoke with Hebert after the LPUA meeting to ask why she decided not to call for the audit after publicly stating her intention to do so at last month’s meeting.

This meeting was the last time that the LPUA could introduce ordinances to be adopted at its final meeting of the year on Dec. 17.

Hebert said that she was not calling for the audit now because she had not finished doing her due diligence in investigating the matter and examining the procedures, costs and timeline of initiating an independent audit in time for Tuesday’s meeting.

She added that she still intends to call for one, but that matter would now have to be taken up by the next, separate city and parish councils when they are seated next year.