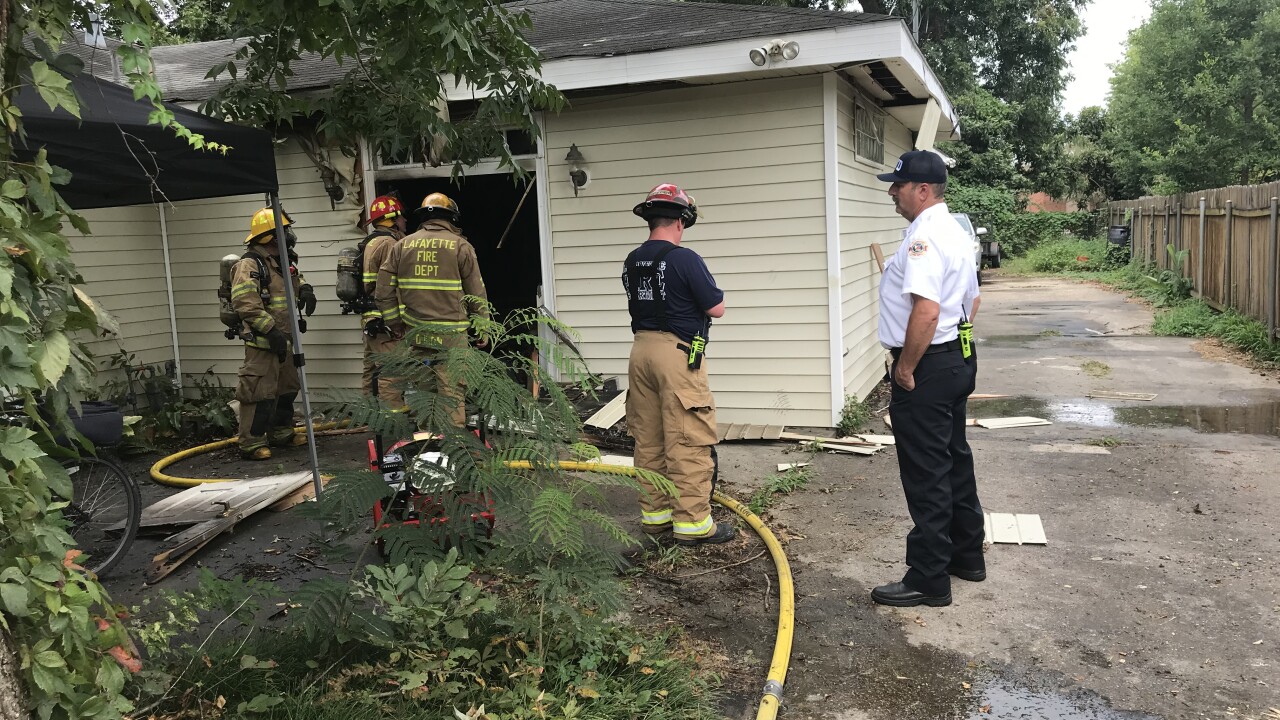 A Lafayette house fire was caused by a child playing with a lighter in the home, according to the fire department.

Firefighters responded to a house fire in the 100 block of Clement Street around 10 a.m. Tuesday morning to a reported bedroom on fire in the home. As firefighters arrived, heavy smoke was coming from the single family dwelling.

The occupants were not immediately located, prompting firefighters to quickly enter the burning home to conduct a search. The two occupants were found in the backyard safely away from the smoke. No injuries were reported.

Firefighters battled the house fire for 15 minutes before getting it under control. The interior of the dwelling sustained heavy fire and smoke damage. The occupants were displaced due to the extent of damages.

Investigators determined the fire originated in a bedroom closet. The fire was caused by a young child in the home playing with a lighter and was ruled an accident.