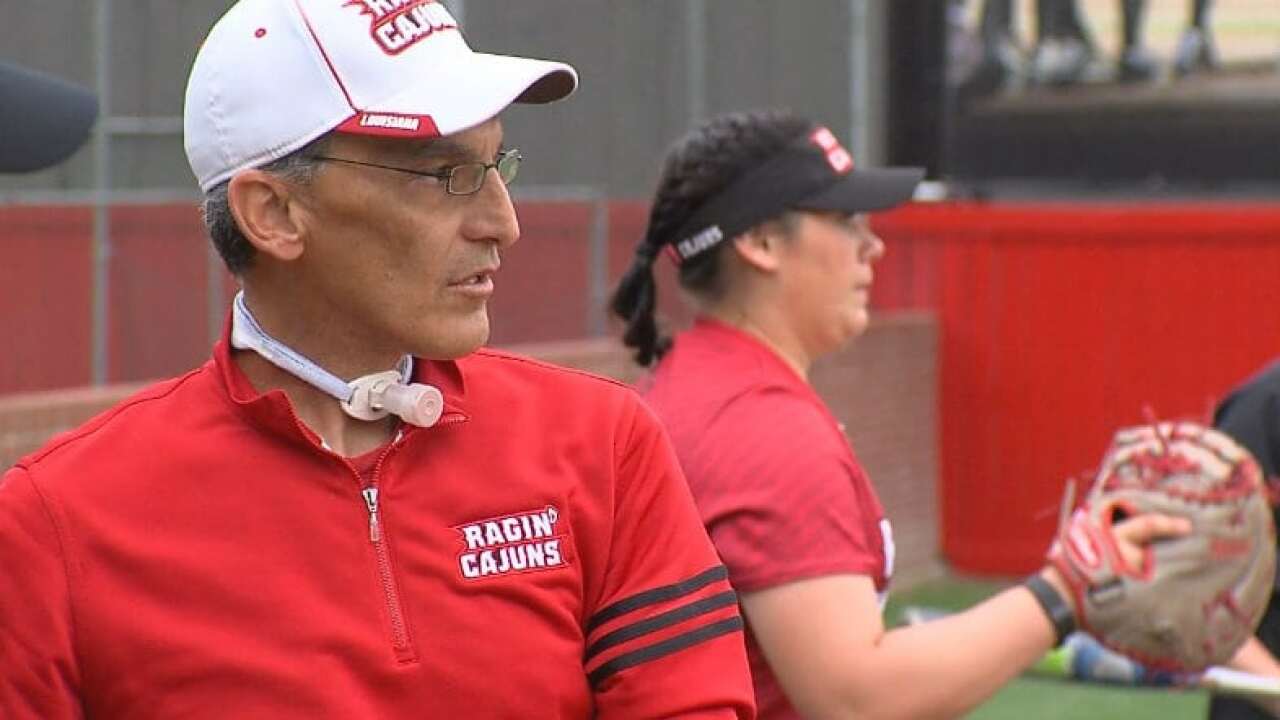 The lawyer for former UL softball coach Mike Lotief will be holding a press conference at the Lafayette Bar Association.

LAFAYETTE, La. — A lawsuit filed by ousted Ragin’ Cajuns softball coach Mike Lotief and one by former University of Louisiana at Lafayette softball players over alleged discrimination have been settled and dismissed by a federal judge.

According to court records from both lawsuits, on June 4, the parties advised the court that an amicable resolution of their dispute had been reached.

In September 2018, Lotief filed a lawsuit against UL Lafayette, its president and its athletics director and deputy director in 19th Judicial District Court in Baton Rouge, where the University of Louisiana System is based, which was eventually sent up to federal court.

That lawsuit made claims of Title IX retaliation, defamation, discrimination because of Lotief’s health disabilities, the wrongful conversion of property for failing to return his personal items and personally contributed softball equipment and breach of contract.

Also in September 2018, several former UL Lafayette softball players filed a federal civil-rights complaint that alleged gender discrimination. The Title IX complaints, filed with the Department of Education’s Office for Civil Rights, came after the university fired Lotief over allegations of abusive behavior toward his players.

Lotief claimed he was fired for voicing concerns about gender discrimination in the department. After his firing, nine of his players held a press conference in the support of the coach; those same players filed the complaint.

You can see more about Lotief’s career with Louisiana Softball in the special KATC Sports Presents Resilient.