LHS all clear after text threat, no bomb found 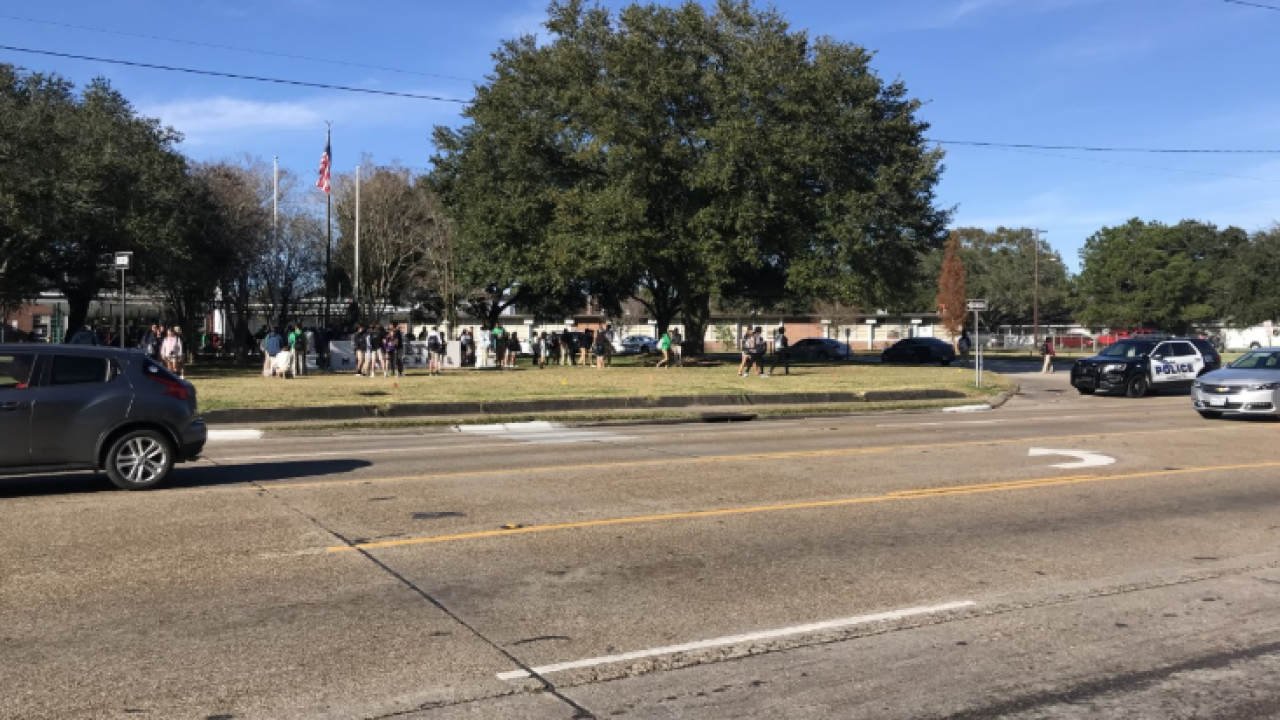 Parents at Lafayette High School will be receiving a letter from LPSS about the threat on Wednesday. That letter is below:

On Wednesday, December 4, 2019 in the late afternoon, a bomb threat was texted to a student. The student immediately reported the incident and the LPSS Crisis Plan was initiated. The decision was to call for an early dismissal, since it was so close to the end of the school day. All students were dismissed from school and buses that normally drop off at LHS were rerouted to an alternate school. Police investigated the matter and conducted a sweep of the school. No bomb was found. Police are still investigating the matter at this time.

Please understand that during an active investigation, only limited information can be shared publicly. Our number one priority is to keep our students safe. Our next priority is to communicate with parents. We will continue to notify parents of such incidents and take the proper precautions to keep your child out of harm’s way.

I encourage you to take this opportunity to speak to your child and educate them about the consequences of these actions. Please also remind your children that if you see or hear something, say something. Teachers, administrators and school resource officers are always available.

As always, thank you for your patience this time

On Wednesday evening, authorities said Lafayette High is now all clear and no bomb was found after a sweep of the school. There is no suspect in custody and no arrests have been made.

Students at Lafayette High are being dismissed early today after the school was threatened.

Law enforcement is investigating a threat that was sent via text. A spokesperson for Lafayette Police said a bomb threat was made after most students already had been dismissed.

The school is being swept now, she said.

Our crew on the scene spotted the UL K-9 unit.

A spokeswoman for the school system said the buses are running, and messages have been sent to parents. All after-school activities are canceled. Any students who go to Lafayette High for a bus transfer must find alternate transportation, officials say.

This is a developing story; we will update as soon as we have more information.