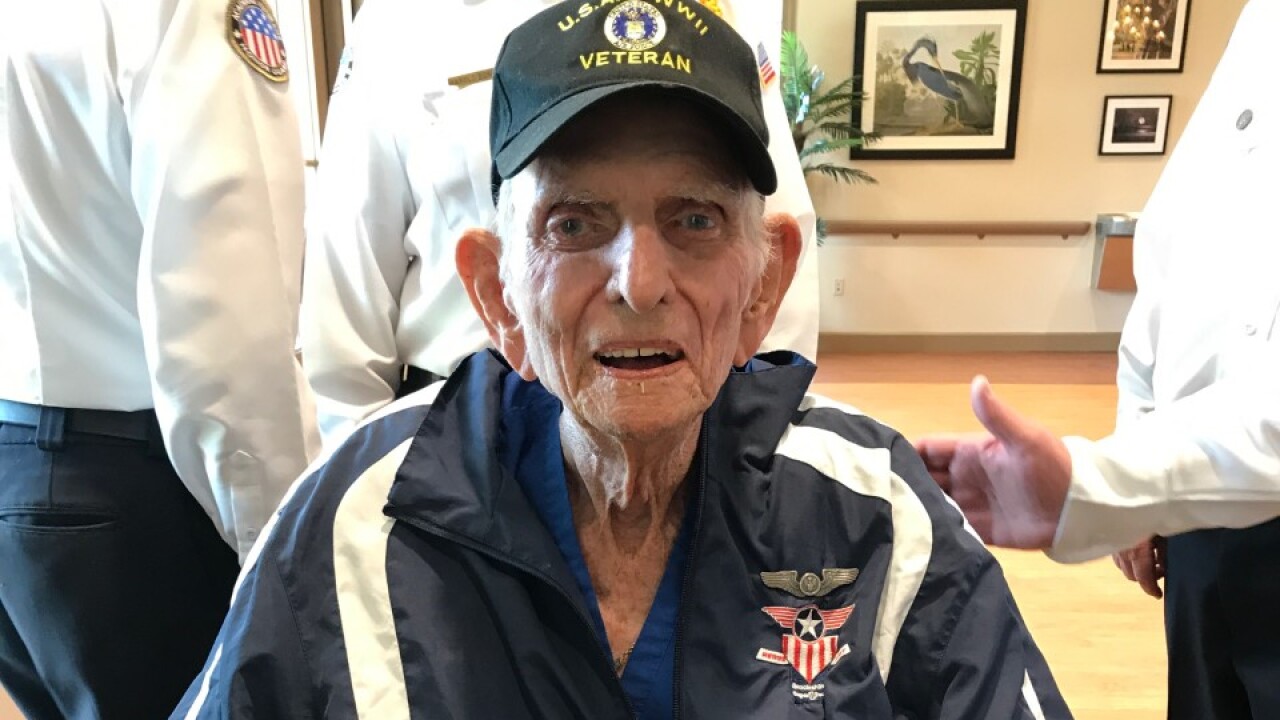 Lester Boyer was in the U.S. Air Force during World War II.

He was also a long-time volunteer at Lafayette’s VA clinic. Inside the VA, he would make coffee for the patients at the clinic. The coffee counter was affectionately known as ‘Mr. Lester’s.

When he was not serving hot coffee, he could be found outside the clinic welcoming patients and their families.

KATC's Jim Hummel featured Boyer in an award-winning story in November. The story on this American hero can be read here. Below is the video.