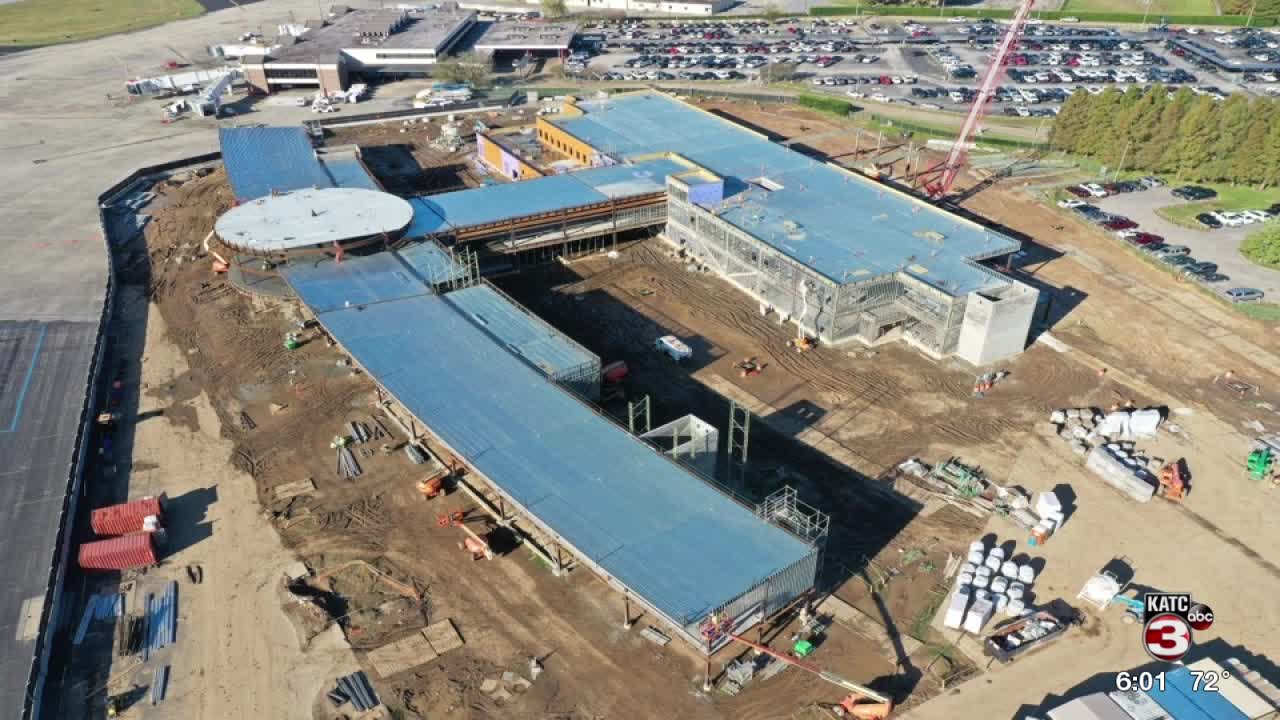 "The building is supposed to be closed up and water-tight in a few months and then we should be bringing in air conditioning and HVAC to it in March of 2020," said Airport Director Steven Picou. Picou addressed One Acadiana at a luncheon Thursday to provide a progress report on the construction of the new terminal.

"It's going to be very exciting for us, it's going to make the area much more marketable, and it's going to make access to the rest of the world much easier for us right here in Acadiana," said One Acadiana CEO Troy Wayman. He believes the project will greatly enhance Lafayette's ability to attract businesses to the area. Wayman added that "one of the things that's critical to economic development is having great air service and having a facility that is state of the art, that's modern and nice."

Picou also announced that construction would soon start in the existing terminal to add a second TSA Checkpoint. Travelers have long complained about wait times at the airport, which often exceeds an hour.

Construction on the new terminal is slated to be completed in September 2021.