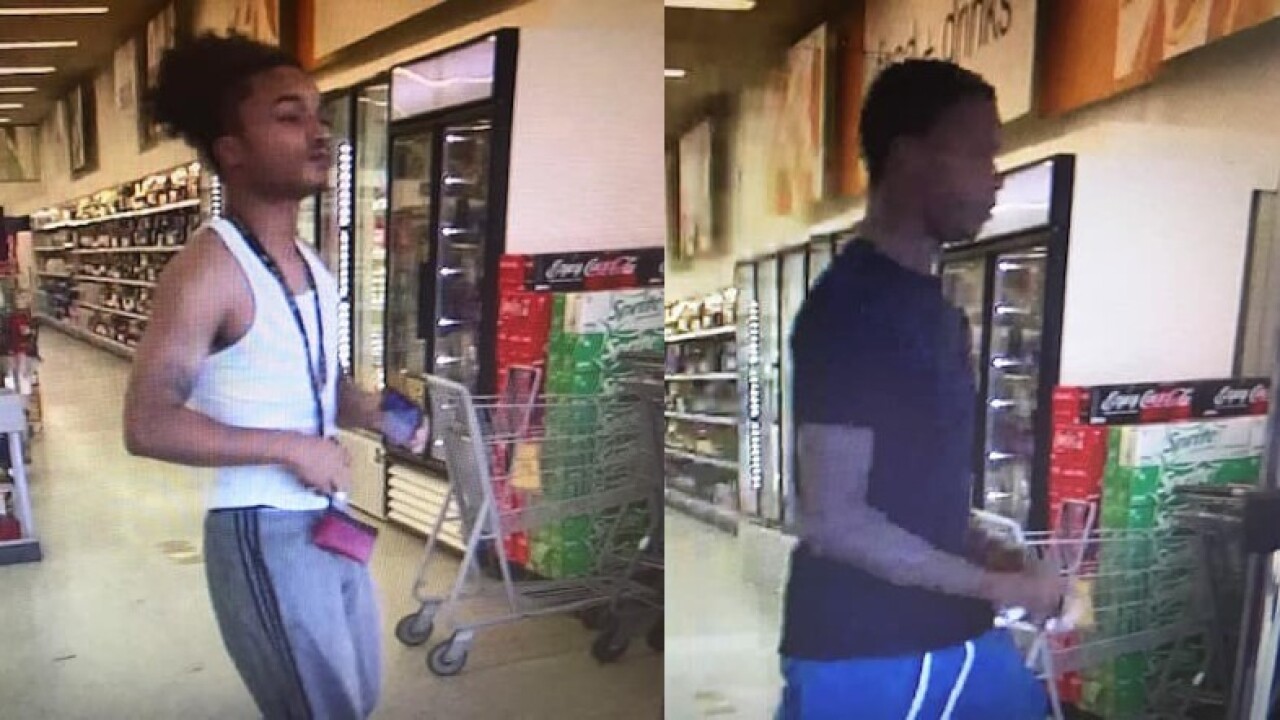 Police are asking for help in identifying two suspects wanted for stealing a credit card from a vehicle and then using that card.

According to the Lafayette Crime Stoppers page, before the theft, the suspects followed the victim from a bank located in the 5200 block of Johnston Street.

Police say the victim parked and left the vehicle. The suspects then broke into the vehicle by smashing a window and stealing a credit card.

The card was then used by the suspects a short time later.

Anyone with information on the theft or that can identify the suspects involved is asked to call Crime Stoppers at 23-TIPS (8477). Tips can also be submitted by using the P3 mobile app.