An announcement on the status of the statue is expected in the coming weeks. 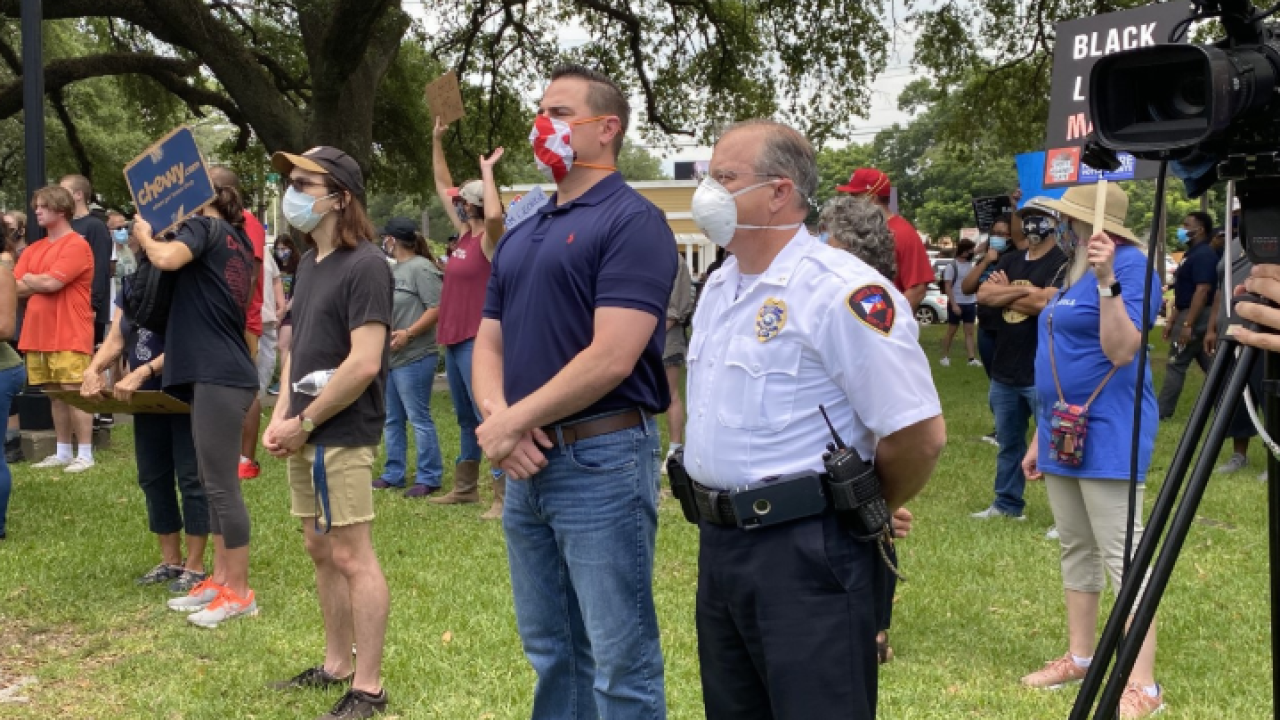 LAFAYETTE, La. — Lafayette Mayor-President Josh Guillory has been sent a subpoena to appear in the Lafayette Parish Courthouse as part of the lawsuit to move the statue of Confederate Gen. Alfred Mouton that currently sits in front of the old City Hall building in Downtown Lafayette.

Guillory will appear before 15th Judicial District Judge David Smith as part of the lawsuit brought against the City of Lafayette by the United Daughters of the Confederacy Alfred Mouton Chapter, which was originally filed in 1980.

According to the lawsuit’s original filing, the Daughters raised the funds and erected the statue on the corner of Lee and Jefferson Streets in Downtown Lafayette on April 8, 1922, when the statue was donated to the City of Lafayette.

In April 1980, the Daughters learned that the City of Lafayette had decided to move the statue from that location to where the current city hall stands at 705 W. University Ave, which they opposed.

The Daughters filed for an injunction to stop the statue from being moved, which was ultimately granted by a district judge in May 1980.

Nearly four decades later, 16 Lafayette Parish residents filed to intervene in the dormant lawsuit in July 2019 citing the injunction as the reason that the Lafayette City-Parish Council could not address the question whether the statue should be removed from its current location.

A court hearing had been set in January, but Judge David Smith rescheduled the hearing because Lafayette Consolidated Government wasn't notified of the hearing.

The hearing had been reset to April 27, but was then rescheduled again due to the COVID-19 pandemic and response.

The intervenors then moved to hire Infiniti Investigations, LLC, and have them be appointed as a special process server to ensure subpoenas for the case were served, which was granted by Judge Charles Fitzgerald.

During his Town Hall held on Wednesday, community members called on Guillory to have Mouton's statue removed from Downtown Lafayette.

"I'm questioning how much good that statue does, but I definitely can see how it hurts people and what it represents," said Guillory in response. "I am in deep conversations with many people that are involved. I feel confident that a peaceful solution will come out of this. So standby, I’ll have more to announce here in the next week or two."

During his weekly Lafayette Live program with our media partners at KPEL on Thursday, Guillory discussed the future of the statue and a major announcement in the coming weeks.

Guillory was served with the subpoena on June 22 to appear at a hearing set for Aug. 17.

You can watch the full Town Hall from Wednesday below.