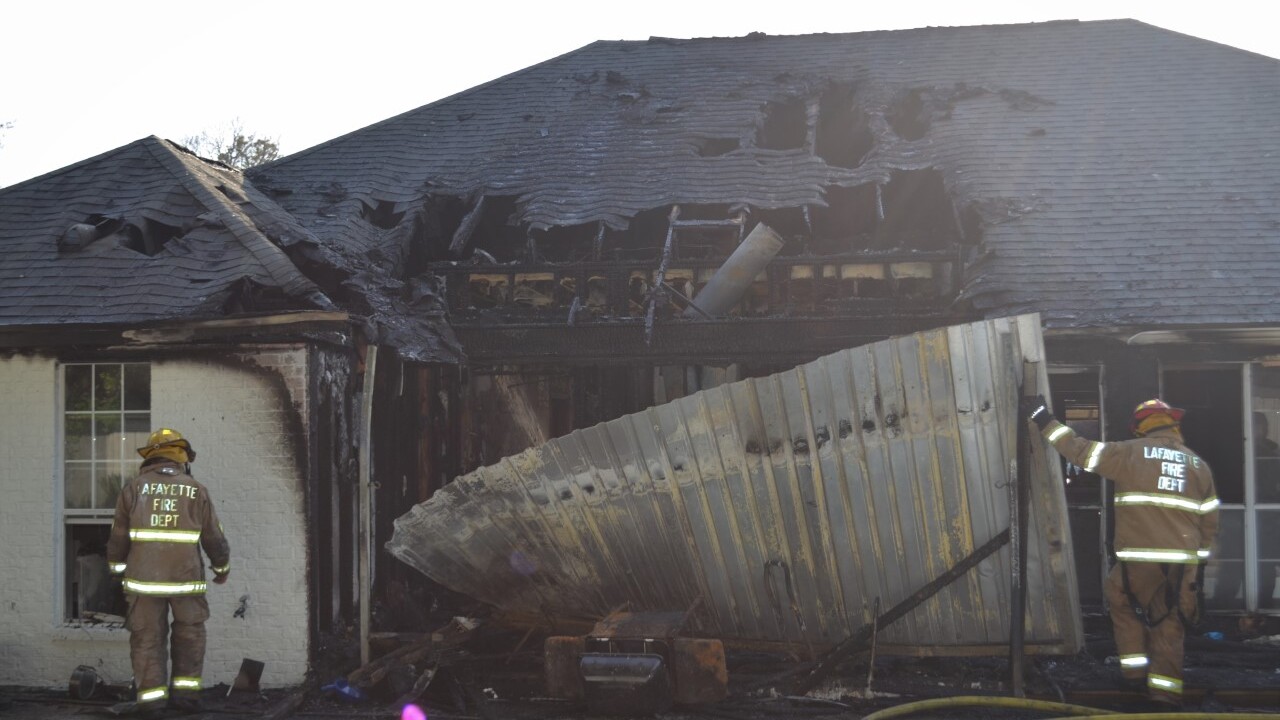 The fire department says that the initial 911 call was reported by the owner of the home. Four fire trucks and one ladder truck with twenty firefighters arrived on scene to a single family home's patio engulfed in flames.

Officials say the fire reached the attic and was venting through the roof. The interior of the home was catching on fire as emergency crews worked to get the fire under control. Within twenty minutes the quick moving blaze was under control.

The exterior and interior of the home sustained heavy fire damage.

The owner of the home was outside when she noticed smoke coming from the patio, a release states. She attempted to extinguish the fire, but it grew quickly and ignited the vinyl siding on the patio.

Fire officials determined the fire originated on the patio. An electrical short in an extension cord is likely the cause of the fire. The fire was ruled an accident.