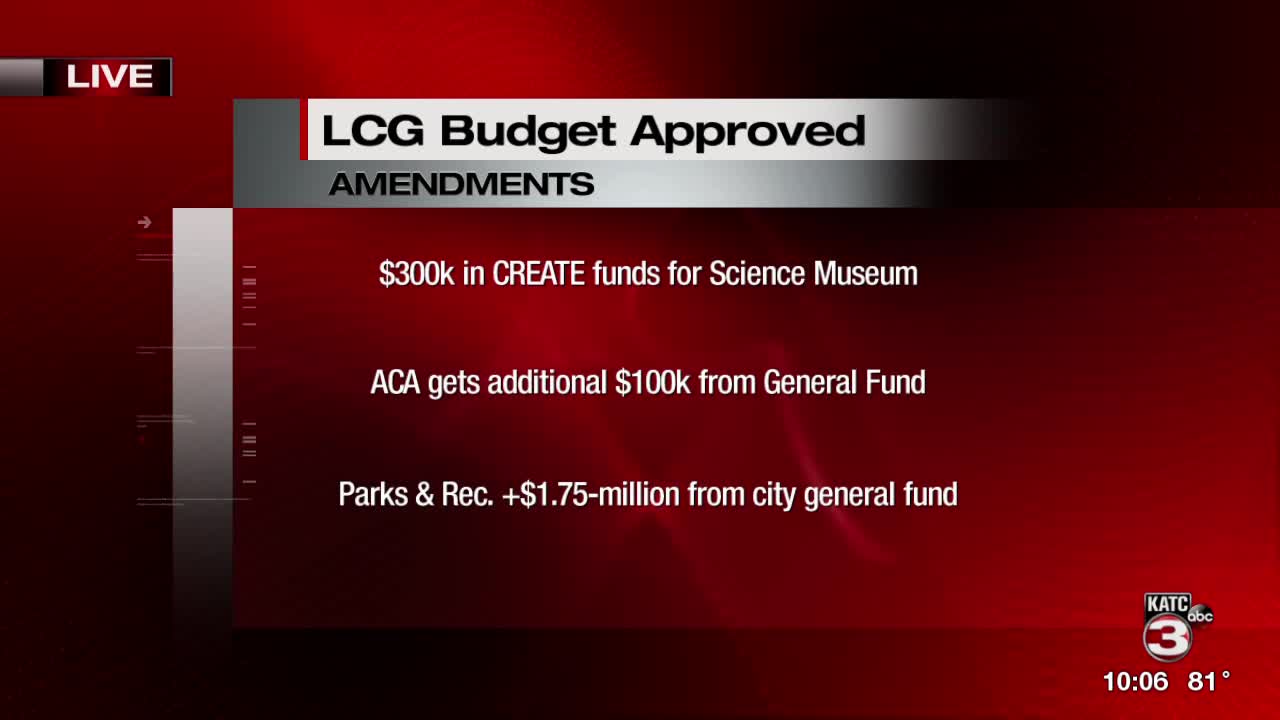 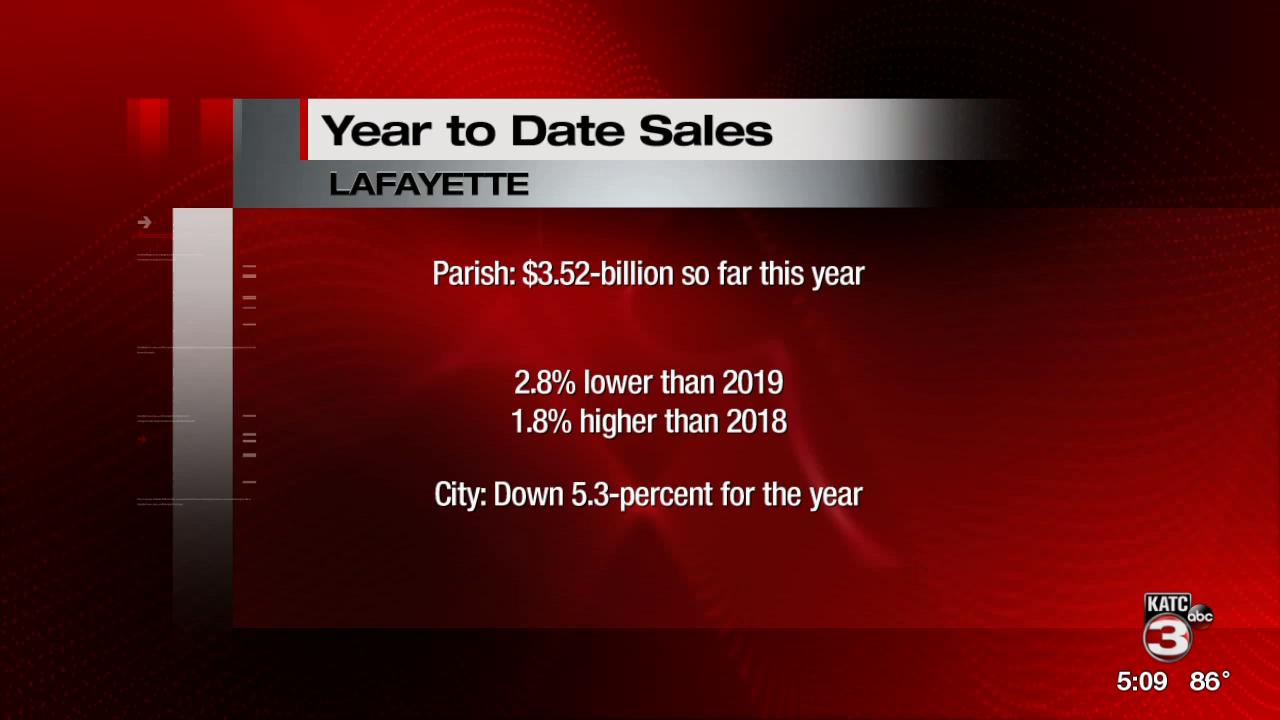 LAFAYETTE, La. — Lafayette Consolidated Government has a budget for the next fiscal year.

The City and Parish Councils passed the budget in a special meeting Thursday, but it wasn't without some changes.

KATC spoke with at least one council member who says overall, the first budget adoption of the split councils was successful. Some funding was able to be restored for the arts and parks and recreation, which were subject to deep cuts amid the pandemic.

There were 37 general amendments made to the budget that were unanimously approved by both councils, along with two special amendments.

Among the amendments passed Thursday night by councils:

The council also approved a general amendment that would remove any raises proposed in the 2020-21 budget for the Mayor-President's Office.

The parks and recreation department and the arts saw heavy budget reductions this year, with Mayor-President Josh Guillory announcing the closure of four recreation centers earlier this year due to budget cuts.

He later announced the centers would remain open, and LCG is currently reviewing three requests for proposals for public-private partnerships to operate and maintain the centers.

Guillory announced in May that 101 LCG employees, including many at the Lafayette Science Museum, the Heymann Performing Arts Center, and the Acadiana Nature Station, would be laid off as a first step in addressing the financial shortfalls of the current fiscal year.

At a budget review meeting in early September, the councils discussed ways to provide sufficient funding for the Heymann Center and the Science Museum to operate with the minimum number of staff necessary.

Guillory had announced Wednesday his intention to increase police department training by $1 million from the $13 million in federal CARES funding the city is expected to receive.

You can watch Thursday's meeting HERE.