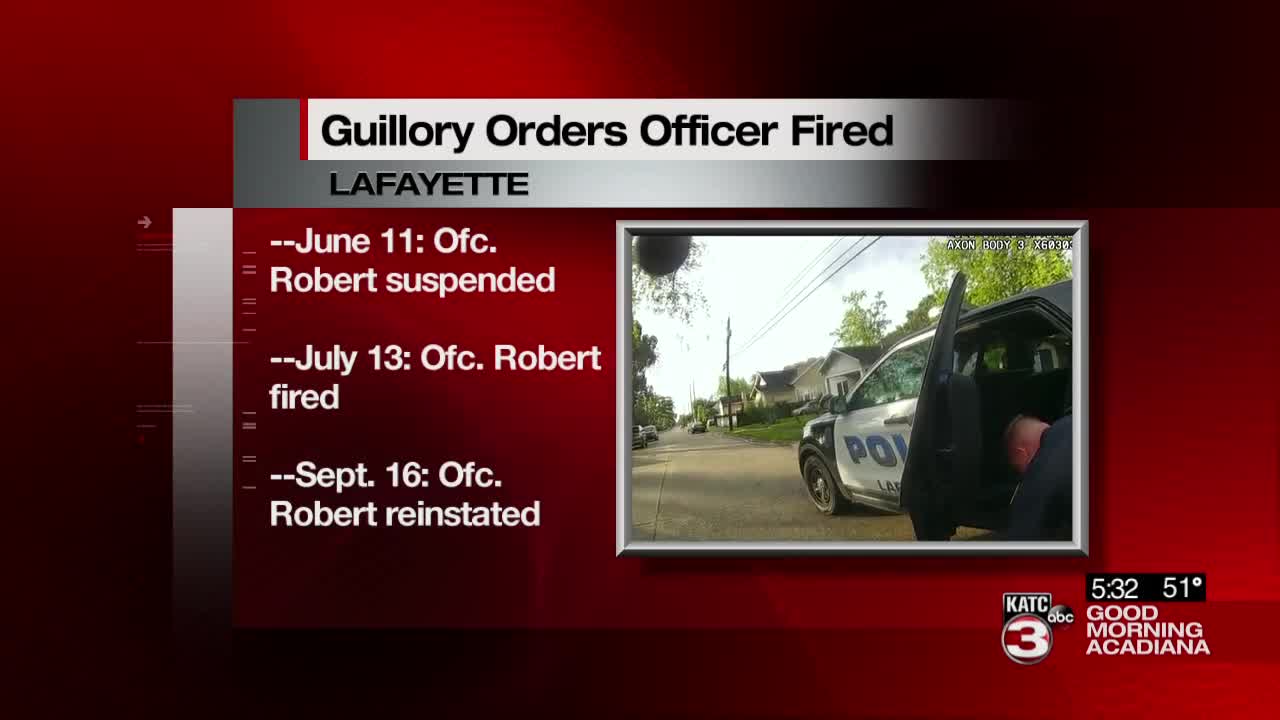 Lafayette Mayor-President Josh Guillory is suing to have a Lafayette Police officer fired for excessive force after he was reinstated by the Municipal Fire and Police Civil Service Board. 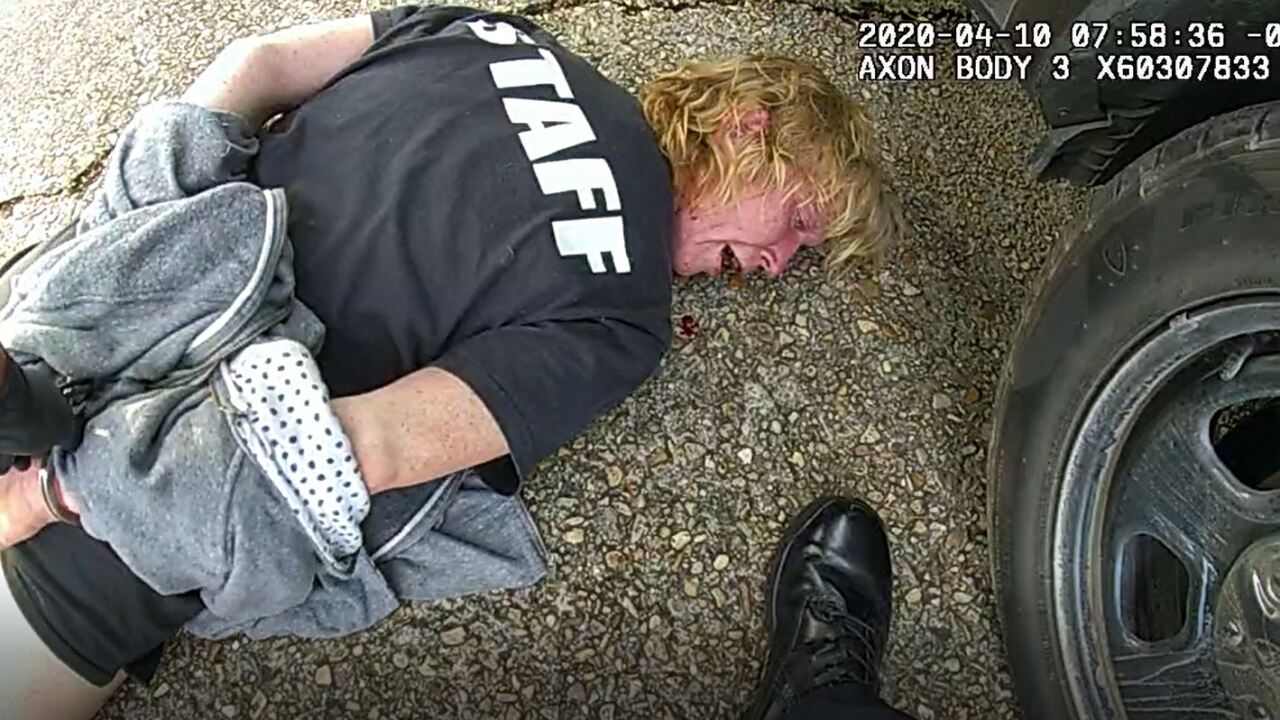 LAFAYETTE, La. — The Lafayette Consolidated Government is challenging the decision to terminate a Lafayette Police officer who allegedly pulled a handcuffed woman out of his vehicle then tied her up as she lay on the street.

Lafayette Mayor-President Josh Guillory terminated Lafayette Police Officer Jeremy Robert in July after seeing body camera video of Robert yanking a woman facedown from his police SUV, causing her to hit her chin on the street.

According to a recording of the September meeting obtained by KATC Investigates, Robert, who has served as a patrol officer from November 2016 to July 2020, was involved in an incident on April 10, where LPD officers were dispatched to a domestic disturbance.

"The moment I saw the body camera footage I ordered the immediate termination of Jeremy Robert," Guillory said in a statement released along with the footage on Wednesday by LCG. "I am shocked and appalled that the Civil Service Board voted to reinstate him."

Robert responded as backup to a domestic violence disturbance call on April 10. Video shows Robert attempting to calm the woman involved, who became increasingly upset, beat her head against the back of the passenger seat, and kicked. Robert attached two sets of handcuffs and, after Allen grew more upset, pulled the chain of her ankle cuffs with force, causing her to fall facedown on the street. He then allegedly hogtied Allen.

Investigators found Robert violated LPD's use of force and professional conduct orders, among others.

On April 22, Morgan issued a notice to Robert that his actions gave rise to a possible violation of excessive force and professional conduct.

On April 24, Robert provided a statement to two officers with LPD Internal Affairs.

On May 11, Morgan was advised that the case was ready to be reviewed.

On May 18, Robert was provided notice of a pre-diciplinary hearing for the case, which he attended on May 22.

On June 15, Robert got a letter from Morgan dated June 9 advising him that after internal review of internal affairs investigation and in consideration of Robert’s verbal explanation, the complaint was sustained.

Morgan advised Robert that he would be receiving a one-day suspension without pay on June 11.

Robert served his one day suspension on June 11.

On June 30, Robert appealed his one-day suspension to the civil service board.

On July 8, the board accepted Robert’s appeal.

On July 10 at 4 p.m., Robert was advised by LPD and the Lafayette Consolidated Government that he could either resign or be terminated effective 6 p.m. on that date.

At 6 p.m., Robert responded that LPD/LCG would have to terminate him.

On July 13, Robert was provided a letter dated July 10 from Morgan advising him that Mayor-President Josh Guillory had reviewed the matter and had determined that his actions warranted termination. On that date, he also filed an appeal to his termination with the board.

On July 16, Robert withdrew his appeal of the one-day suspension that he already served.

During its regular meeting on Sept. 15, the civil service board heard from attorney Michael Corry, representing LCG, and attorney Allyson Preajean, representing Robert to decide if Robert’s termination should be reversed.

Prejean stated during the hearing that there is no authority for an officer to undergo a timely and appropriate internal affairs process, give a compelled statement, have a pre-discipline hearing, have Morgan review entirety of the investigation - which apparently include video of the incident - and have a discipline given by Morgan to Robert of a one day suspension.

However, 29 days later at 4 p.m. in the afternoon on a Friday, Prejean said that she was told by LCG that she had to call Robert and tell him that he could quit or that LCG was firing him. And he had two hours to make that happen.

Prejean indicated that Robert was on vacation with his family at the time and she had requested that he be given until the following Monday to make the decision, but that request was denied.

“A delegation of power is not a surrender of power,” said Corry. “The mayor doesn’t surrender his power as the ultimate appointing authority. He can delegate that which he did. Morgan delivered a letter of termination on July 10. It’s a unique situation.”

According to Corry, when Robert did not accept the one day suspension and asked to appeal it, that gave the mayor-president the opportunity to terminate.

Corry said that Guillory was willing to offer his testimony for the decision to terminate Robert, but the board did not hear his testimony.

The board ultimately voted unanimously to reverse Robert’s termination and restore his salary and seniority.