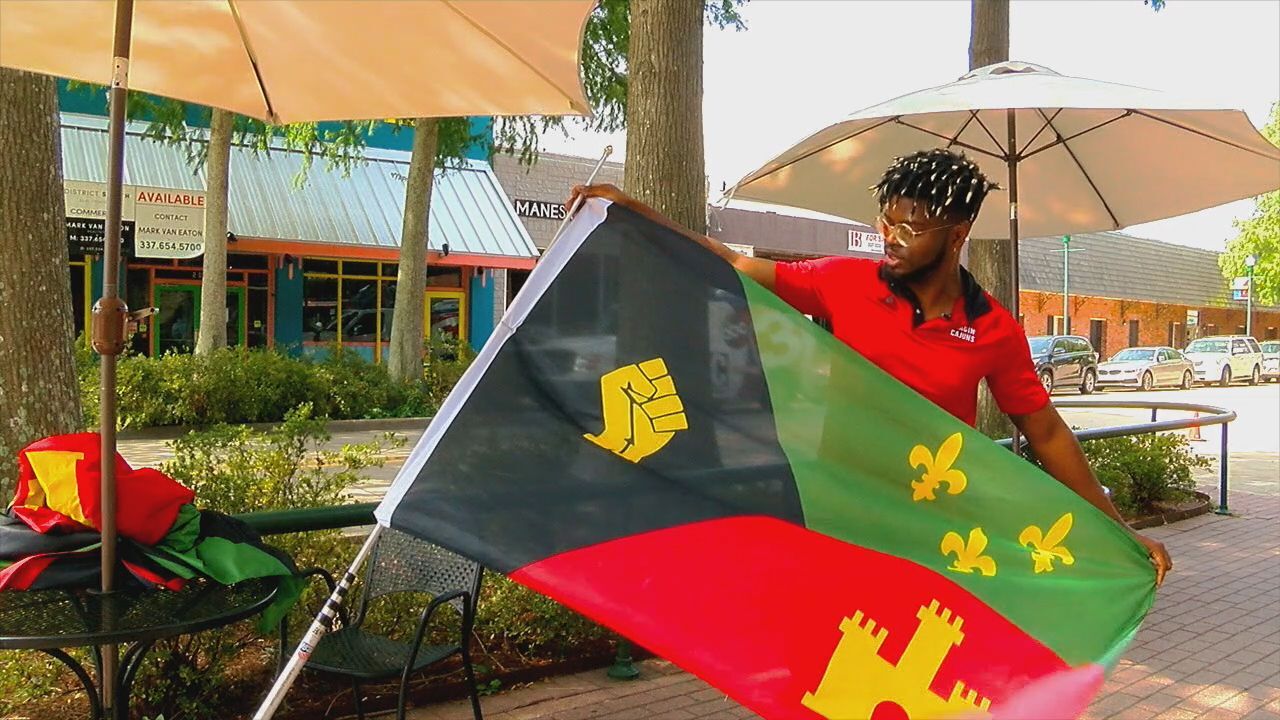 A new flag is waving across Acadiana, inspired by the traditional Acadiana flag.

The design was created by a Lafayette artist who wanted to combine his love for both the Acadiana culture and Black heritage.

The design has caught the eyes of many in the community.

Cory Stewart, also known by his artist name Cory St. Ewart, turned his love for art into a symbol of activism, showcasing Black pride on the Acadiana flag.

"Just a different rendition of it," Stewart said. "I want the flag to not be a flag of exclusion, but inclusion. It's a way to capture this moment and be proud of trying to fight racism and injustice and make the world a better tomorrow."

He created the flag in February as a Black History Month project. However, it gained more attention when he began bringing it to protests against racial injustice and police brutality after George Floyd's death.

"A lot of people brought signs and I decided to bring my flag,"Stewart said. "It just so happens other people rallied behind that as well."

Stewart attended several protests, saying he wanted to be part of change. "We saw something very heinous and injustice happen in the world," Stewart said in regards to George Floyd's death. "It struck a lot of people that things need to change. Things have needed to change for a long time. For me I didn't want to stand by. I didn't want to be sitting in my house. I wanted to be part of something bigger than myself like a lot of people who attended these protests."

Stewart says the flag has become a symbol of a more inclusive community. As well as a symbol of both Acadiana and Black heritage.

"It's not a replacement of the Acadiana flag," Stewart said. "That would defeat the purpose of the flag. It's just another flag that's part of our ever-changing, diverse community that has its roots in French Cajun heritage and I think it's a very beautiful thing."

Many are supporting Stewart by purchasing the flag and other products. He's donating proceeds to different Black charities and organizations who serve the Black community, like the NAACP and the Black Lives Matter Movement.

For more information on how you can purchase the flag click here.