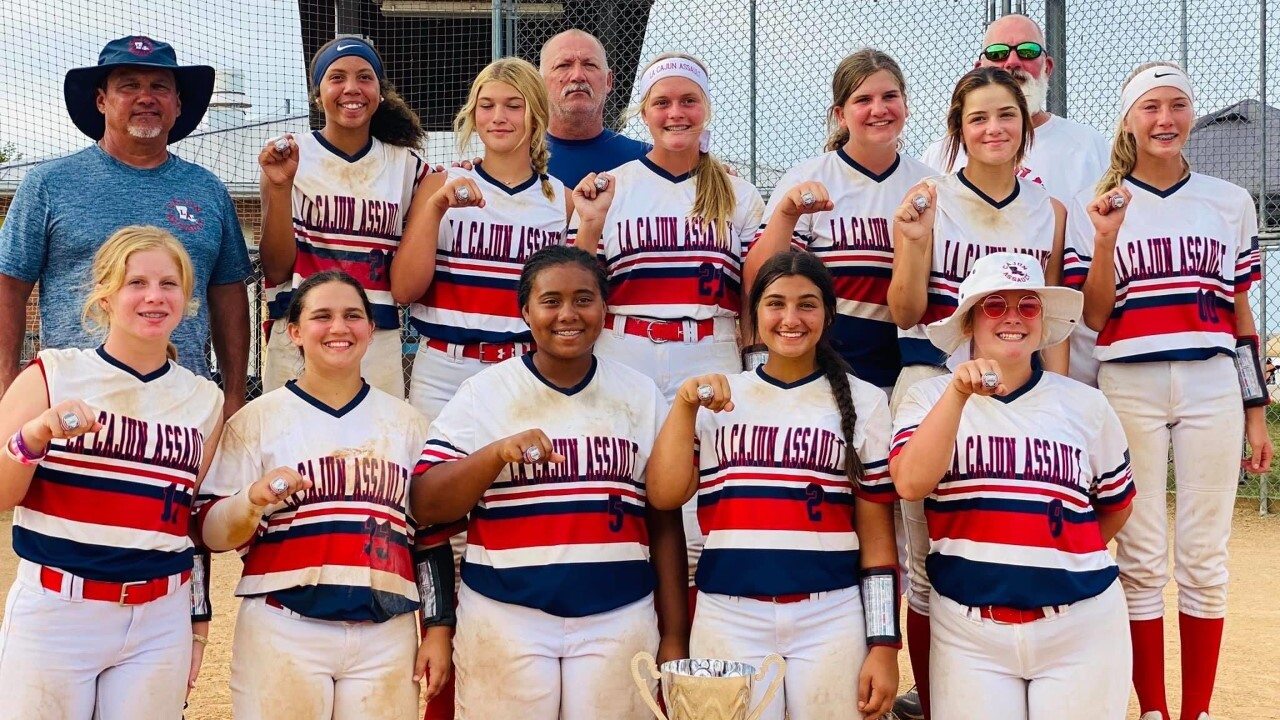 The Louisiana Cajun Assault 14U team of Scott battled back to the finals from the losers bracket.

The team is coached by Ray Albarado, Tim Credeur and Keith Richard.

The team began bracket games on July 23, as a fifth seed. They played Tenacity Fastpitch and won, 7-3, then played the Missouri Bombers again and lost, 6-1.

On July 24, they played Tri-Lakes United from Missouri, and won, 4-1. On July 25, they played four games, back-to-back, without breaks, to get into the Championship Game - which followed those four games.

They faced Tulsa Elite in the Championship Game, and lost 5-3.

During those five games on Saturday, the team's two pitchers pitched more than 200 pitches each, and the team's only catcher caught every inning of the tournament.

"These girls fought long and hard Saturday to come out of the loser's bracket and get to the Championship Game," a release from the team family states. "They all arrived at the park at 7:45am and did not take a break until they made the last out at 6:00pm. They all played with the utmost grace and positivity, leaving everything they had on the field. They gave 110% each on every play. We as parents and coaches are so super proud of these girls for their hard work, determination, and positive attitudes on and off the field."

Here are some photos from the tournament that the team family sent to us: